How Far Would You Go? 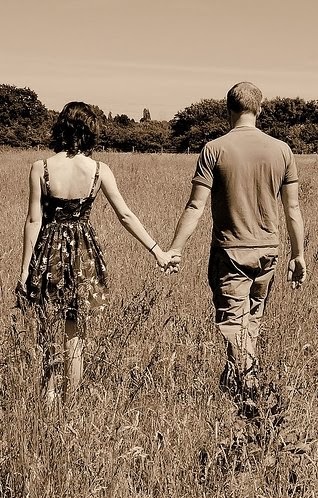 "Oh and did I tell you that her boyfriend would be coming back to visit her next month?"


Peter looked stunned. For a moment back there, he thought he heard the sound of his hopes and dreams shattering. A boyfriend? That could not be true. The events for the past few months had been everything came true for him. It felt as if it had been a fairy tale just waiting for a 'Happily Ever After', but alas, it isn't. Peter couldn't believe it. He stammered to find his voice, and struggled to remain cool about it, not wanting to arouse any suspicion.

"Oh, a boyfriend? Really?" he asked, hoping that his friend would tell him that it was a mistake, that she did not have a boyfriend at all. He could already fell the cold wind blowing in his heart, threatening to extinguish the flame that had burned brightly for the past few months, promising something.

"Oh yeah, you didn't know? They are together for five years already. Such a sweet couple," his friend remarked jovially, perhaps thinking that Peter should feel happy about it too. He did not. Instead of happiness, a sense of devastation lingered above him. He still could not believe it. His friend then began to elaborate on the relationship, but Peter's thoughts were already somewhere else.

Peter had waited for the right girl to appear. He believed with all his heart that soulmates do exist. He had believed it for the past four years in his life, which explained why there were numerous love interests appearing in his life, he never took it any further. He believed that true love an only be found from friendship, and one must always get to know a person well enough first before popping the question. His previous relationships had taught him that.

He was not like this before. If anything, people used to call him a player. He loved freely, and was loved freely. He had many relationships, most of them just for fun, and thus most ended up with heartbreaks. But he didn't care. He wanted girls to love him, he wanted companionship, he wanted to show off. He believed that as long as you loved the girl and she loves you, it would be fine. He didn't care much.

However, as he grew up, his expectations began to change. No longer was anyone okay, but rather someone who can be with him forever. His range became smaller, his criteria stricter. It was a part of growing up, he guessed, where one begins to look for a partner to settle down, rather than a partner just for companionship sake after a certain age. He wanted someone to share his life with and to love forever, which was why he patiently waited, despite how lonely he felt sometimes. He felt that it was important to find someone suitable, a soulmate to marry rather than just anyone, and felt that it was important to wait for the right one to appear. He believed that there was a right one out there. So he waited.

He did find her eventually, in a form of colleague in an organization where he worked. Her name was Julie. She had just joined the organization after her graduation, and he was assigned to show her how things work. She would eventually be part of the sales team he headed. He had intended it to be only a professional relationship, because he thought that work should never be mixed up with love. But in the end, it was him who fell for her.

She was eager to learn in work. She showed dedication and responsibility, and she was willing to accept work given to her. She showed creativity when it was needed, and was not afraid to contribute. Peter could see that she was ambitious and determined, and her work attitude amazed him. But it was not her work attitude that captured his heart.

They were walking for lunch together one day, together with his other colleagues. Peter and her walked near behind of the group, him still telling her about the tough demands of the job, when she suddenly darted off to the back of him. Peter turned to look, and saw her helping an old lady up. The old lady had fell down on the street, and no one bothered to help her except Julie. She proceeded to help the old lady pick up her belongings and the old lady thanked her profusely, and Peter saw how she said it was okay. Eventually she ran back to Peter and told him that she would not be joining them for lunch today. Peter watched as she walked away with the old lady, happily chatting away with her as if they were old friends, and could not help but to admire her kindness.

It was not the first time where he caught himself admiring her qualities. The other day Peter caught her playfully playing with a cat after work, calling it Mr Jingles and talking to it as if it was her friend. Many would have found it slightly weird, but Peter liked the way she treated animals or those who are less well off. He thought of the quote that says how you can see a character of a person by looking at how the person treats creatures who are more helpless, and from what he saw, not only Julie was responsible at work, she also has a big heart for others.

Over the months as Peter got to know her better, he found out that she shared many of his ideals and beliefs. She was not keen on religion though she was a Catholic, and she loved pondering about the deeper questions of life. Peter could talk to her on and on about how life came to be, how life was supposed to mean, something that he was not able to do to many of his friends. He enjoyed talking to her as he could communicate with her on the same channel.

They also shared many similar interests. Both of them loved travelling, and they shared the stories of their travels together, of how he had gotten lost in Cambodia while trekking, and how she traveled across Europe in a train. When he was with her, he felt that there was nothing to hide, and he felt himself.

"Just move on," one of his friends coolly told him off.  "She has a boyfriend, so you have no rights to go after her. That would make you a jerk. Breaking up relationships is totally not cool."

"Of course you should go after her," another friend said. "Everyone deserves a shot at happiness. And if you think that she is your soulmate, then more the reason you should fight for it right? In case another soulmate never appears again?"

Peter thought about what both of his friends said. Both of them were correct. But both of them were wrong at the same time. For Julie to be five years together with her boyfriend, there is bound to be a chemistry among them that Peter do not have. Five years of time together is very long, and who is Peter to break the bond that has formed over five years. But then again, he could reason that it was because he never appeared until now. And who is to say that she would not be happier with him as compared to her current boyfriend? After all, they shared so many interests together, and Peter never felt so himself before when he was with her. Perhaps she feels the same?

"I suppose the question that you can ask yourself is that if she's worth the wait," a third friend added.

"If she's really the one, if she's really meant for you I suppose that eventually she'll be yours, one way or another," the third friend went on. How zen-like, Peter thought. But isn't happiness about pursuing it yourself, that sometimes you need to do something to tip the order of things to your favor, Peter attempted to counter.

"Look dude, it's up to you alright. There's really no right or wrong answer. I guess it's really up to you how far would you go," the friend remarked, seemingly getting annoyed by Peter's constant questioning.

Peter spent a long time looking at his phone that night. A part of him wanted to pick it up and gave her a call immediately, to get it over and done with. The idea of the soulmate played again in his mind. What if she's really the perfect match for him, and that this was his test. To see whether he has the guts to go for it? And if he chickened out, he would forever lose the chance? What if she was doing the same thing on the other line, waiting for his call, to know that he is indeed her soulmate?

Maybe this was another test. To see whether he could wait patiently for her, to test his commitment, and should he act impulsively right now, he would lose everything? After all, everything good comes through waiting?

His phone looked stared back at him, impatiently, asking in its silent glare what he plans to do.

He was busy trying to decide which test he was under. One wrong move and he could lose everything forever. Perhaps there was no test after all, there was no quality being tested, and at the end of every decision, a dice would be thrown, and the outcome decided randomly. The thought of it confuses him even more. If there was nothing being tested, how would he choose?

He was fiddling with his phone now, wondering what should he really do. He hated the uncertainty of it. There were just too many factors to consider. Perhaps his decision would not matter either, maybe no matter what he chose, in the end if she's his, she will be his. If it's not, then she won't be. But surely the choice that he makes will affect the outcome right? If he chose a straightforward method and she thinks it does not respects her, it would end up far worse right?

His brain was caught in an unending loop of debate. His hands were getting restless, and he began flipping open books from the bookshelf near his bed. A picture dropped out from one of the books. It was a depiction of three rings. True love waits, the words on the rings read. Maybe, he thought. Perhaps it's true. He has waited for so long after all.

He tossed his phone back unto his table, and decided to wait a little longer.