Why Faster Than Light Is Only So-so For Me

You're fighting a pirate that is after the cargo in your ship. Fire is breaking out in the engine compartment as crew from the pirate's vessel begin to board your ship. You're faced with a difficult decision of sending your ship's pilot to help the rest of your crew, leaving your ship dangerously vulnerable.

Such is the situation that you have to face every turn in the indie space combat slash strategy game, Faster Than Light. 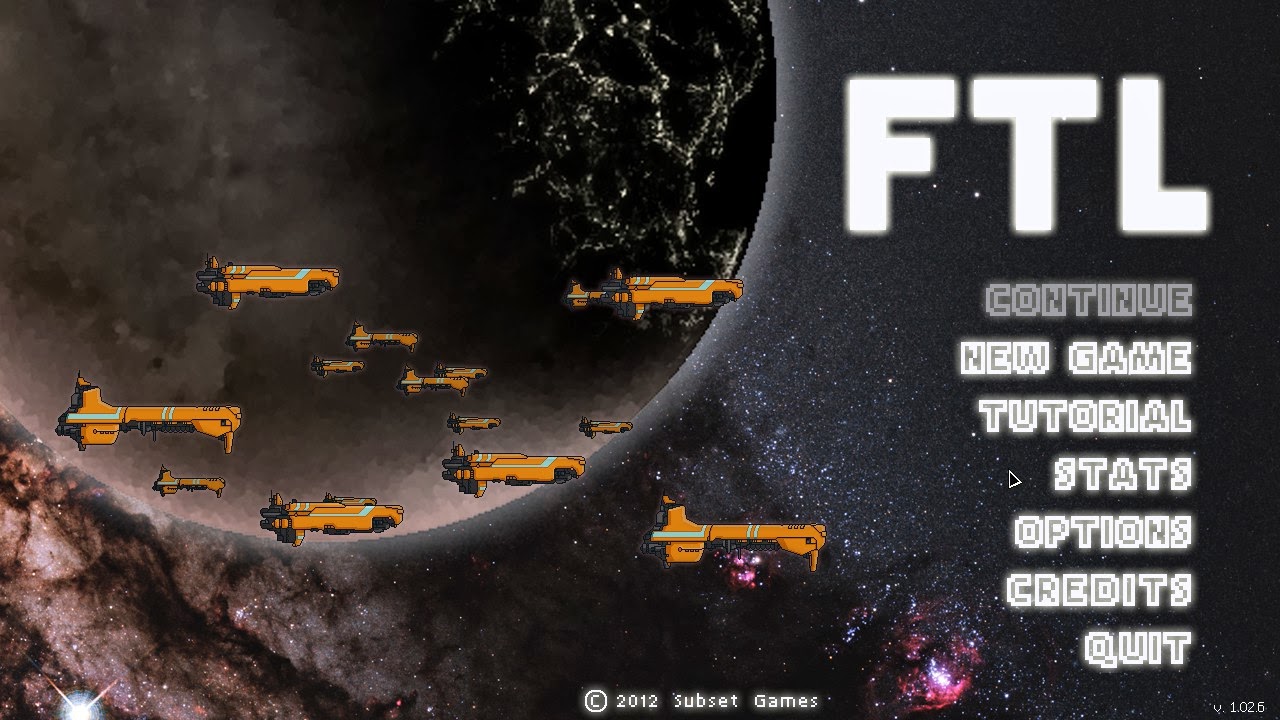 I have always been a sucker for space exploration and combat game, so when I first saw the description of this game during the last Steam sale, I immediately bought the game. It is not often when you can get a chance to pilot your very own ship dashing across the galaxy.

The premise of the game itself is simple. You are the pilot of a Federation ship that has stolen valuable information from the rebels, with them hot on your heels. You must rush in the fastest way possible across the galaxy back to your own fleet, delivering the vital information before fighting your main enemy, the rebel starship. 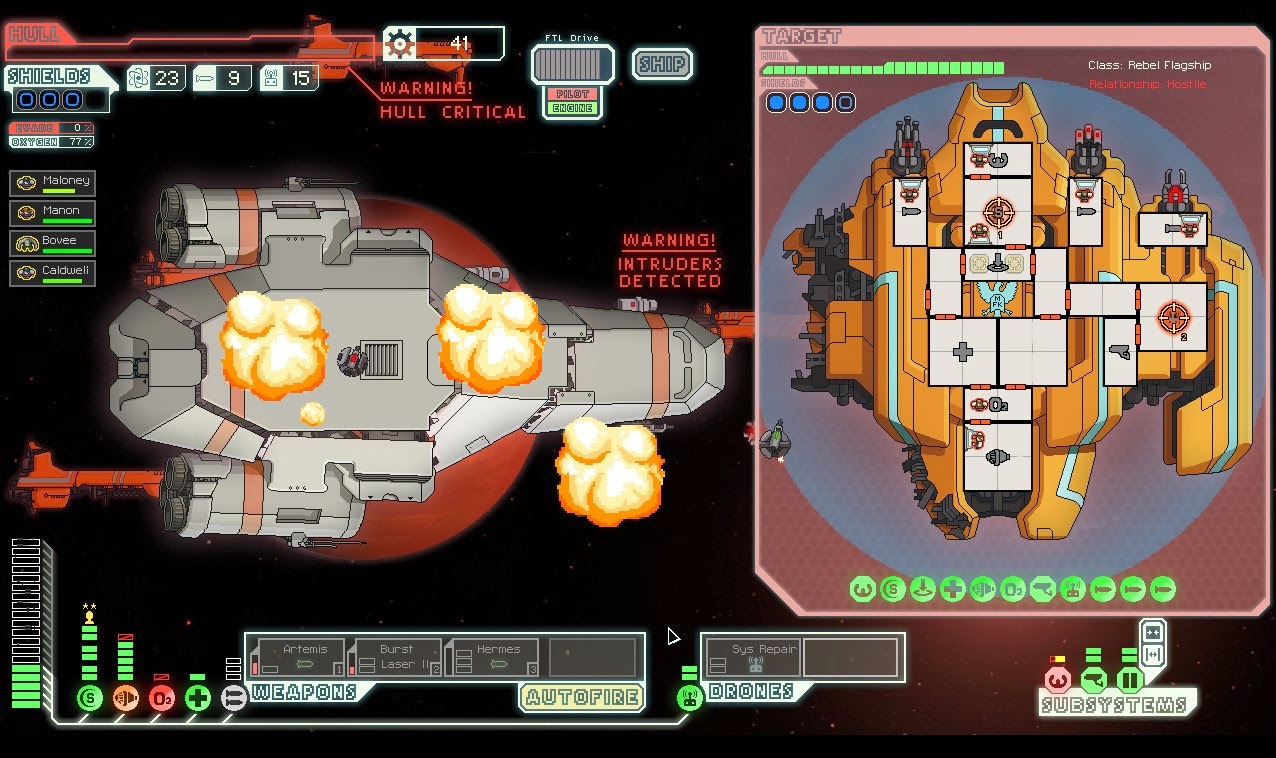 There are many thrilling features of the game that makes it fun to play. Combat is broken down to seconds, make one wrong move and you would have a crew member dying or a fire breaking out in your ship. You have to actively monitor your energy levels for your various ship systems, while keeping a watchful eye for your crew's health. If there's a game to train your multi-tasking skills, FTL would be that game.

Not only that, FTL is also the game where every single mistake made would cost you valuable resources that you can use for your quest. Every decision has its risk, and making one wrong move could very well end your game. There is no save button for you to press, no checkpoint for you to reload from. Once your ship is gone, it's gone for good. Game over. You get a score, your game ends and you have to start again.

Essentially, every single playthrough in FTL is like a mini game, a repeat of the same mission (crossing 7 solar systems) with randomized maps, paths and encounters. It's different from elaborate space adventures like say, Eve Online, and more similar to a game you play on your mobile phone. It has a lot of replay value, but not much depth, not unlike a small game you use to fill your time. 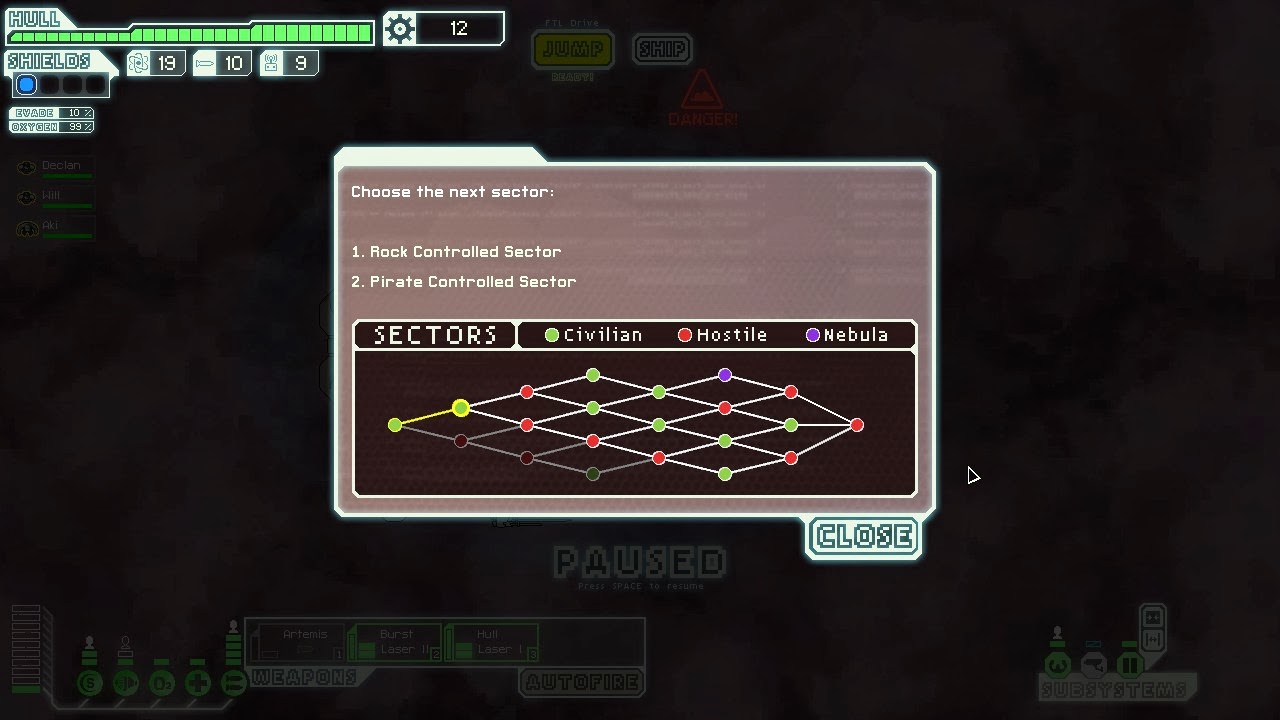 While I loved the amount of effort and detail that went into the game, I didn't really like the lack of depth of the game itself. It's a adrenaline boosting game where you're racing against the clock, and I'm the type of person who don't really like that as I prefer to hang back, chill and slowly upgrade my ship.

Not only that, the game also depends a lot on luck and how much you can accumulate in a single go. You may think you are more than prepared to face the boss, but a single mistaken jump too close to a nearby ion storm could just put you out of commission for good.

It's a challenging game nonetheless, and I gotta admit, I have yet to beat the game despite trying several times (maybe that's part of the reason why I didn't really like it yet). But if you're someone who's looking for a classic game where you're surviving by the breath of your hair with no respawns, this is definitely a game you should try.