The guy who melted millions of hearts with his angelic voice is coming to Singapore! You know, the guy who's name rhyme with one of the planets in our solar system? And you can get your tickets from Ticketbis to see him belting out his famous songs like Love the Way You Are, Locked Out of Heaven and When I Was Your Man. And yes, he is none other than Bruno Mars, in case you're still wondering who he is. 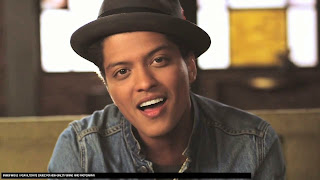 Ever since releasing his album in 2010 containing the two hits that catapulted him to celebrity status, Bruno Mars has been going strong ever since. Wowing fans with his near perfect pitch and vocals, with ranges that most guys would die to have, it's heartening to see that he remains so grounded in the work he does. Though it has been a while since we heard a hit from him already, and that his last song Gorilla did not quite live up to expectations, I sure hope that his next single would be able to take off again. It's rare for a male artiste to make all your hair stand on their ends, singing with so much emotion for those break-up emotional songs like Grenade and When I Was Your Man.


Of course, love songs were not his only specialty, as he has laid back songs like The Lazy Song, which was like my anthem everyday in university. Not a good song that you would want to be listening to when you want to study or be productive though.

Other than that, did you know that he even sang for Sesame Street before, in a song called Don't Give Up? I bet you didn't. I only came to know of this from working with lots of children.

Kind of awesome, don't you think? To be singing in a meaningful song for children. I mean the song can even apply to adults. Not giving up is a valuable lesson that we can all learn from. I can never grow bored of watching the video.

Well, of course that's not the only Sesame Street song that he appeared in.

I wonder if he would be singing those Sesame Songs in the concert in Singapore? Either way, he's coming to Singapore!