The great being proud of your country debate

So a friend recently asked me to watch a video about a girl called Stephanie Koh ranting about why she is not proud to be a Singaporean, and asked me to write down my views in regards to her points. After watching the video, I just felt that 13 minutes of my life has been elegantly wasted. It is true that she does have her points, and is very articulate and feisty when it comes to delivering them, but I must admit that I had expected a more in depth argument about her stand.

Before I start, I must admit first that I am not in the best position to comment about the video because well, I am not a Singaporean in the first place so I have not the best ideas of how things work here. I would not be focusing on countering or agreeing to the points she raised about Singapore, a friend of mine sharing the same name with her made a video response to her rants, so if you want a debate on the points she raised you can check the video out.


Anyways, her viewpoints itself has generated quite the buzz in Singapore's internet, with tons of people commenting on it, some agreeing with her, some disagreeing (rather heatedly though), but my own response is that why are we are caring so much about her viewpoints? It's her opinion after all, and whether she is proud or not I don't think it would change anything at all in the country she is from. She being not proud will not make Singapore any worse, and neither is she being proud will make Singapore any better.

From how I see it, I think the sole reason that she is being so unhappy is that she has this set mindset about Singapore that everyone here is dead and lifeless like robots, without any creativity, and she feels that people with talent and creativity are under-appreciated here. Of course she also mentioned about about Singaporeans not being nice people, but it seemed that she has a very rigid mindset about how Singaporeans in general behave. And people in essence are being angry at her because a.) they felt that she has insulted them and b.) they felt that she is not being thankful to the country that has given her so much. 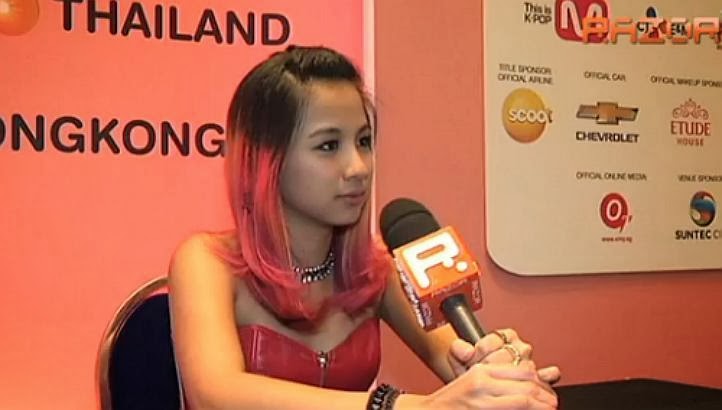 As far as I am concerned, she can be as unproud as she wants and move away if she feels that Singapore is in fact what she thinks it is. There is really no need to shame her or make her change mindset because at the end of the day, everyone is different. And she is really operating on a very stereotypical mindset. That because I see and experience this, it must mean that everywhere is like that.

To use a school as an analogy, I am sure that there are some of us who are proud of our schools and some of us who are not, even though we may come from the same school. And the simple reason could be that we are all different people, looking for different things although we're in the same environment. A might say that he is proud of his school because his school gave him opportunities to grow, because his teachers treat him good and because it is where he found friends. B on the other hand, says that he is not proud of his school because he didn't find anything fun there, his teachers were nowhere near good and it had very strict rules.

What we don't realize is that A looks forward to go to school everyday because he thinks school is awesome, while B dreads school because he equates it with hell. In time their mindsets affected their actions, A's willingness and eagerness to participate gave him more experience and made the teachers liked him more, while B's nonchalant attitude made almost everyone shun him. Sort of like a self-fulfilling prophecy, one might say.

I come from Malaysia, a country with a lot of reasons to be not proud of it. The recent kangkung fiasco, for example, along with the radicalization and price increase in the country are among the many reasons. But yet if you ask me if I am still proud of Malaysia, I will say that I still am. The food there, the people there, the atmosphere there, almost all are still the same. My best years of my life was spent there. Who am I today is mainly because of my experience in Malaysia. It is only the backward thinking politicians that I am not proud of.

I guess being proud of your country or not is something like being proud of your girlfriend/boyfriend. Sometimes you may find a lot of a faults on the outside, but when you look deeper, you'll find that there's a lot of reason to be happy too. And if you really love that someone, you will find reasons to be proud of them automatically. What you think is really up to what your expectations are at first.

So, with that being said, I think the entire issue is over-hyped out. I noticed that netizens have a tendency to go on full witch hunting mode every time an interesting news appear, but at the end of the day, no matter how much we debate on it, it's not really going to make much of a difference. Yes, she does have a point, but so do all of us. If she really don't like the country, it's really up to her. Ultimately if you know that your country is worth loving, you won't find the need to defend your beliefs. Of course, expressing your thoughts is perfectly okay, it's just how some are cursing her, threatening her and scolding her that I don't understand.

P/s: If you're looking for reasons to be proud of Singapore, Buzzfeed has just found out that Singapore students are apparently the happiest in the world

P/p/s: I forgot to mention this, but in her video she equated Jack Neo's movies to being awesome and creative. Seriously? Have you not watch Ilo Ilo, The Girl In Pinafore or other awesome Singapore movies (from the likes of Royston Tan for example)? To equate Jack Neo and creativity, after so many great Singapore movies, speaks tons about how well she knows the country. Ugh