As the clock ticked 12 and 2013 gave way to 2014, almost everyone with a working internet connection took to social media to usher in a new year. Newsfeeds were filled with new year related posts and of course, which so many people on the social media posting about the incoming new year, patterns began to emerge. And soon I began to lump everyone into different categories, which was not very difficult to begin with, and generally the new year related posters can be sorted into: *drum roll please* 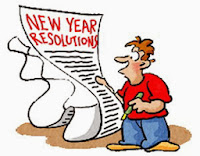 
Don't you miss the times when resolutions used to be personal, something that only the resolution setter knows? The tradition of coming up with new year resolutions is an age old one, but the act of posting them everywhere is a recent creation, thanks to social media.

I mean it's fine for one to post their resolution on their timeline, but after seeing like 10 resolutions posted by 10 different people on your newsfeed, it tends to get a little bit overwhelming. not to mention that one would automatically begin to wonder if the Resolver would even remember their resolutions one month down the road. Or whether the Resolvers are merely posting a resolution just for the world to see and join in the fun, rather than really resolving to change something. But hey, at least the intention was there!

Quote(s): I resolve to "gain weight / eat more ice cream / explore the internet / not have any resolutions" this year


Just like how every hero has an anti-hero, the Anti-Resolvers are like the Punisher of the new year. "Why bother making resolutions that you can't keep?" they ask, and proceed to make resolutions that are more realistic instead, like eating one pint of ice cream in one sitting. A not bad achievement, if you ask me. 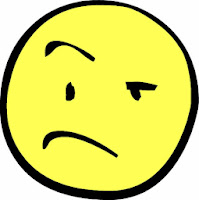 Quote: People who make resolutions everywhere are dumb / Why are you all buying into all these resolution thingy?!

The Cynics are the ones who have gave up hope on the whole world, and are trained to see it from a negative light. They condemn the conformists, those who make their resolutions public everywhere, whom they see as following the trends of the world blindly.

"What's the point of plastering something that is meant to be private on social media?" they lament, without realizing that they too are using social media to voice their thoughts.

P/s: The author of this blog is guilty of committing this crime

Quote(s): In the previous episode year, I climbed the mountain, crossed the sea, won an award, gotten handsomer, and done basically almost everything that you were not part of.


Like how shows have recaps of their previous episodes, the Recapper works in the exact same way. Follow them on their exciting journey across the year in which they try to showcase the best experience that they had to you, like having fun and enjoying that two weeks fully paid trip to Europe. The only downside? You weren't part of it. So it's like having someone show off their entire year's of achievement to you. There's something called a diary, you know.

P/s: The author of this blog is going to be guilty of this very soon, because he is going to write just a post of this nature soon 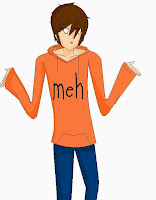 Quote(s): Eh, new year already? / New year is just like any other day of the year, just that the date is different

The cool archetype characters that you can usually see in animes, the Indifferents are the ones who don't give a damn whether it is new year or not. To them, new year is just another day that is not worth celebrating, because they're busy working their ass off to earn that double pay to perhaps support their family or to donate to charity.

That, or they are just really blur.

Quote(s): (None. Only pictures)

Also known as the Instagrammer, the Selfie and the Wannabe-Photographer, the posters have just one golden rule: Photos. Depending on which type of posters you're dealing with, you may have beautiful shots of different sceneries that makes you want to be there, or you may have pictures of the Poster's face overlooking the different sceneries. Either way, you're stuck at home looking at those pictures, in front of your computer.

Usually coming together with the Instagrammers, the Hashtaggers think that the more hashtags they use, the better the chances that someone would see their photos. They don't actually see the results, but they just know. There's only one problem though, the Hashtaggers themselves may not have clicked on any Hashtags before in their life.

Quote(s): [None, because they were outside, busying enjoying life]


Be it at a countdown party, dancing it away with some hot dude/chick; or at a quiet restaurant, dining with their loved ones, the lifers are those who believe that the best way to celebrate new year is to spend it with the people that matters and not write anything at all. Because memories are worth more than the 5000 word long status update that someone just posted on Facebook detailing how their new year went.

Don't bother stalking their account for their new year's activities, it will be eerily quiet.


So there goes the types of people that you can find lingering on social media sharing on new year. Which type are you? And which typed do you dislike the most? Or did I missed out on any other types of social media new year ushers that you think should be up there? Do let me know in the comments.

But other than that, Lukey wishes to wish you an awesome year ahead! And hopefully I can continue to churn out non boring articles to keep my dear readers interested :p