Her: A Post-Film Review

I had gone to watch Her, a movie written, produced and directed by Spike Jonze expecting something along a romantic comedy Hollywood genre. Perhaps a feel good movie with Disney-like portrayal of a romantic relationship with an AI (artificial intelligence), but what I got instead totally blew me off my mind. It wasn't the most pleasant experience ever, but it was an incredibly thought provoking one. A movie that may leave you thinking, and wishing for something (rather uncomfortably), rather than leave you feel good at the end. Especially if you're single. 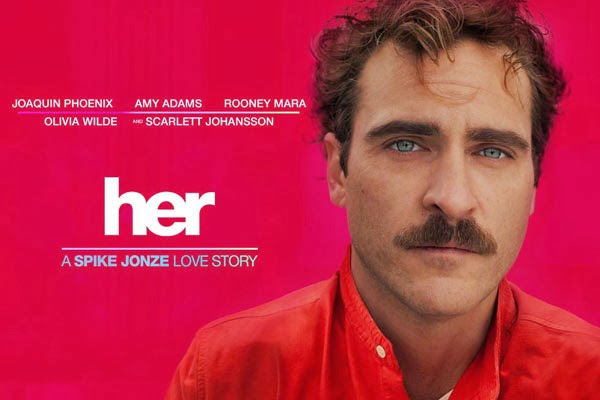 I loved the movie, to be honest, despite how awkward it may make you feel sometimes. Maybe that's the precise reason why I loved the movie, of how it does not attempt to sugar coat anything or mince its portrayal of a relationship in its attempt to highlight every aspect of this little "insanity" that we all feel and know by the name of love. If there was any movie that could make the entire audience feel awkward at the same time, it's this movie.

But it is this down to earth and realistic portrayal of how a man is able to fall in love with an AI, and at the same time attempt to experience everything in what we would call a "normal" relationship that makes me like it. I guess the central question of the movie itself was not about whether a relationship with a computer is possible, but rather what makes a relationship. Is it the experience that we share, the heart to heart talk we have with each other, the emotional roller coaster that it brings, or the touch of our skin that makes a relationship?

Rather than give the audience the answer of what a relationship means, the film lets us explore the question together with the main character, as we go through the doubts that he face, the happiness that he experiences, as he try to find out what love is itself. 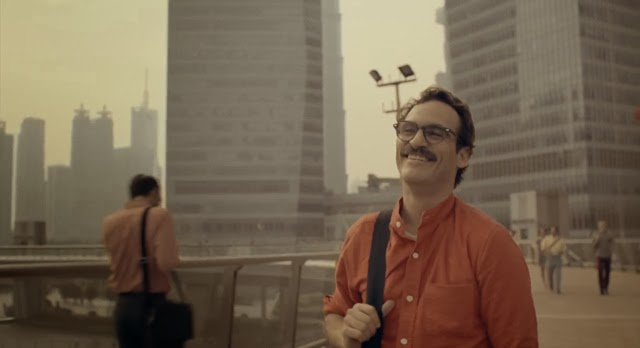 It's a really beautiful film, to be honest, and sadly I'm afraid that my words now in a half sleepy state would not do any justice to the incredible cinematography and acting put together into this film. The colours, the details and the emotions portrayed pulls you into the film, the uncanny realism of it sucks you in.

As I was watching the film I can't help but to relate to the struggles and questions that the main character was facing. I understood his pain of not wanting to love again, the line where he said he was afraid of another relationship because he was afraid he is not able to feel as much as he used to last time totally hit home. I can't help but to feel the same feeling he was going through of how love can be so painful and yet we feel so lonely at the same time without it. And the part where he mentioned how loving someone and having someone forever in your heart, BAM.

It's an incredible movie, to be honest, but you just have to be prepared to face the the full blast of a relationship on screen. An accurate and down to earth portrayal that does not mince its interpretation of love. And at the end of the movie, the audience are left with their own interpretation of what love is themselves.

It also made me feel incredibly lonely. And sad. And nostalgic. But nevertheless, a great movie. 9 out of 10.