2013 was a year like any other when it came to box office bombs. You had another installment into the once-great Die Hard franchise and Johnny Depp got to add another "pale-faced protagonist" to his apparently diverse repertoire of roles. Let's talk about the worst of 2013, for a few minutes. 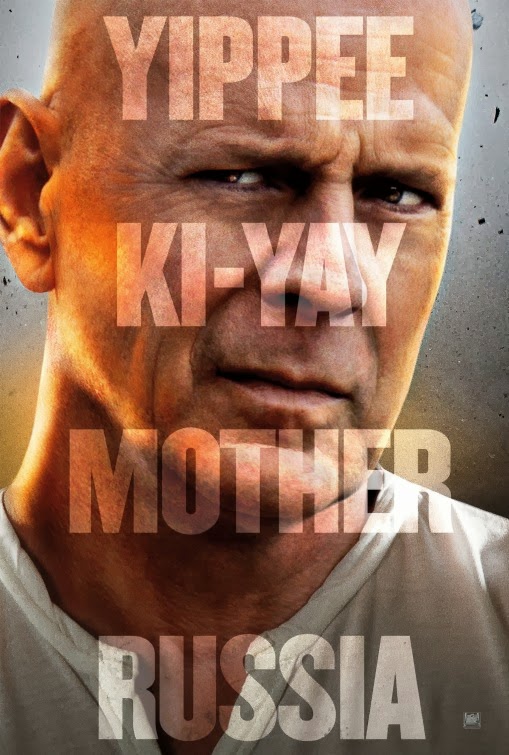 A Good Day to Die Hard

The latest installment to a slow-dying franchise, A Good Day to Die Hard is easily the worst of the bunch. John McClane, indestructible good guy extraordinaire, goes to Russia to stir up the Kremlin and rescue his son, Jack McClane from the gulag. Along the way, he blows up a bunch of stuff and has a few earnest moments of father-son bonding.

It's hard not to hate this unabashed cash-in on a franchise that was, frankly, revolutionary when it came to action movies. The stuff featured in this train wreck is all stuff you've seen before and it all seems to just be going through the motions. The apathy in Bruce Willis is especially palpable and it almost seems like he'll just sign any contract they slip under his pen at this point.

Starring Vince Vaughn and Owen Wilson – the rodeo clowns of Hollywood – the story follows a couple of misfits trying to earn a job working for the happiest place on Earth...Google. Pitched as an underdog story, The Internship fails to really entertain anyone other than itself with its uninspired shtick, lackluster cast and sycophantic leanings toward the almighty search engine.

Ethan Hawke, Jon Voight and Selena Gomez team up for an adrenaline-fueled thrill ride involving a reluctant wheelman and a criminal conspiracy. There were at least two things the film had going for it regarding the cast, but when all was said and done, Getaway amounted to little more than an inane, 90-minute car chase.

To her credit, Gomez wasn't the weak link in the operation although, like any Disney Channel star, it's really hard to divorce that past. It was the plot that favored more twists and turns than an episode of LOST. As a result, you had the writers desperately trying to breathe new life into a story with revelations so improbable that no amount of viewing and re-viewing would ever reconcile these zingers. 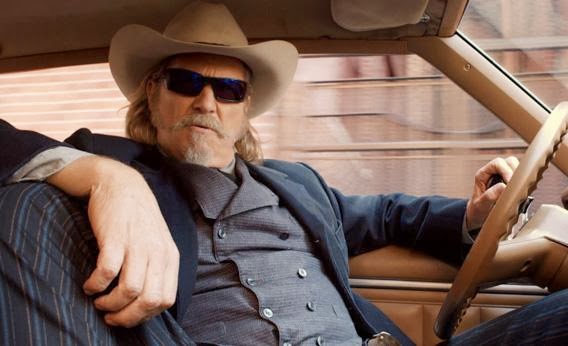 This one's kind of a no-brainer. Ryan Reynolds plays a cop who goes to policeman heaven after a botched beat and joins the Rest In Piece Department – an organization that polices the dead. RIPD probably would have killed it (pun intended) in 1997 along with the likes of Men in Black, but this mindless action flick truly was a disappointment for 2013.

You might argue that RIPD wasn't meant to be taken seriously – that it was meant to be enjoyed in the same vein as a crappy B-movie like Plan 9 from Outer Space. The only problem is that people still had to pay theatre prices for this garbage and it was shiny garbage. Enough money and special effects were pumped into this mess to make it epic and it was all for nothing.

Of course, few can really come close to the abysmal, racist, unnecessary failure of a reboot known as The Lone Ranger. The existence of this bomb is just as baffling as the existence of another Depp outing known as Dark Shadows. Who wanted this? What Generation Z child lifted their bloodshot eyes from their tablet and said: "you know I wish they'd remake an old 30s serial?" 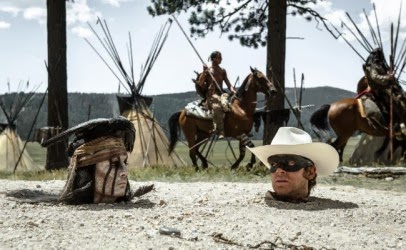 The film features a bizarre series of circumstances involving a resurrected lawman, a strange Commanche Native American, carnivorous rabbits and a seeming half-animal/half-human bandit. Gore Verbinski does his best to weave all of these disparate threads into a meaningful movie but Pirates of the Caribbean with cowboys, this is not. While some believe that the box office failure of this film marks an inability for moviegoers to have fun, it most definitely marks the threshold for just how much absurdity patrons will tolerate.

The Lone Ranger is bad and whether or not that's the point, the fact remains that it was an expensive, "intentional" failure. You wouldn't pay $100 for a box of trick candles any more than would any right-thinking person pay upwards of $250 million for this bloated bomb. So that's about the size of it when it comes to the worst of 2013 – a lot of big budget bombs. Let's hope 2014 fares a little better...