There's a mysterious box sitting in my house. No one seems to where it came from, or what use it has. So rather than risk unleashing some sort of monster into the world, I decided to just let it sit alone in my room, uninterrupted, while I continue on with my daily life. 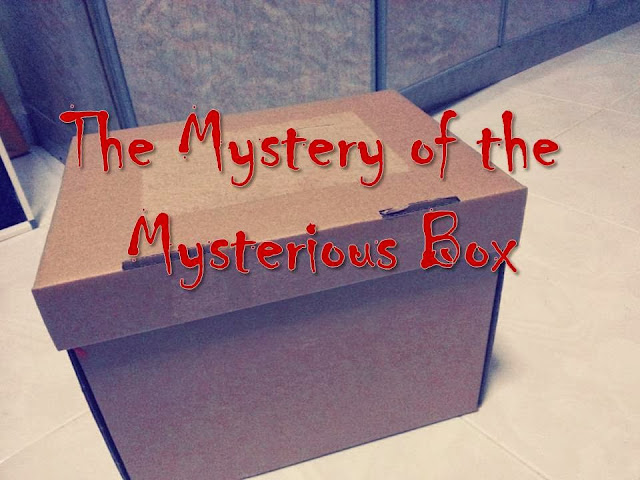 However, everything changed five days ago, when the clock struck 12 on December 1st. Just as I was going the sleep - still all grumpy, knowing that I have to wake up for work six hours later - the box talked to me. I am not kidding, the box actually talked to me. Like opened it's 'mouth' (or lid) and voice came out from it.

Of course, that scared the living daylight out of me. I thought I was about to star in my very own Singapore version of The Conjuring (called The Unboxing, I had the name figured out), but it turned out that I had nothing the fear. The box instead had a message to share. 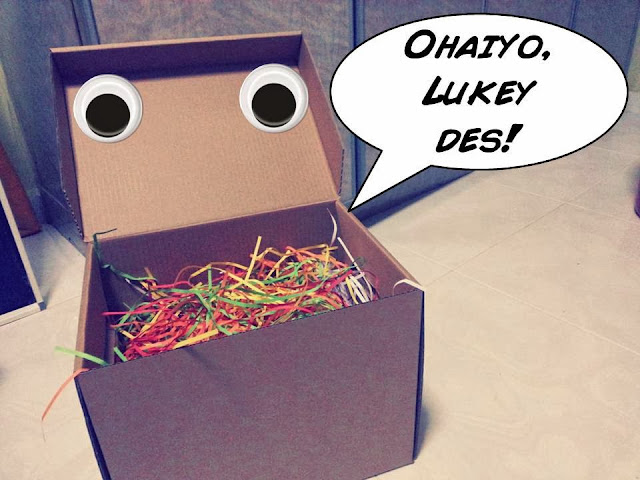 "There's an ancient tradition to bring in the new year in Singapore," the box began, telling me about an event where scores of people gather on a sandy beach and amidst the ocean breeze to usher in the beginning of a new year annually. This year, it said, the tradition will continue, and I have been chosen as the select few to pass on the message to others to prepare them for the upcoming ceremony.

"It will be loads of colours this year!" the box proudly announced, which I guess could be referring to the theme this year. "Not the colour run though!" it quickly added, when the first thing that came into my mind was that. Apparently, the colours are going to be much livelier and neon-ish, according to the box.

"Vibrant colours, vibrant colours!" the box chimed. And then it proceeded to spew out numerous items from the inside of it. 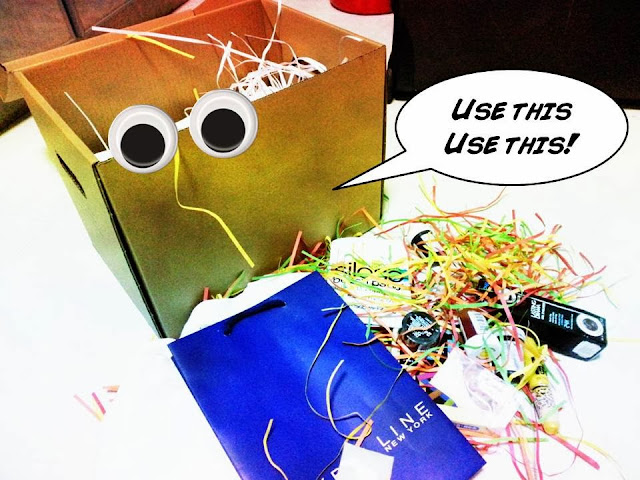 Aside from the colourful shredded paper, I found several items that according to the box, would help me in my quest to spread the colour message during this month. From what I see, I found some colour dye, make-up, pastel chalk and even food colouring. Quite intriguing, I must say. 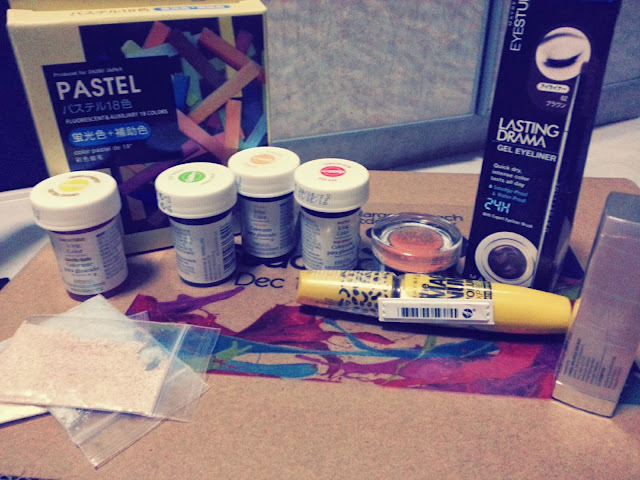 I had wanted to ask the box for more information though, but it reverted back into its silent box stage soon after churning out the items to me. I guessed it must have ran out of energy producing those items. Before the box went back to its initial stage, it did manage to leave a last message for me. Something about using the hashtag #colourmesiloso and #silosobeachparty in my posts and sharing, and asked me to produce colourful stuff as a tribute in preparation for the end of the month.

And with its last breath, I saw colours appearing on the box itself. 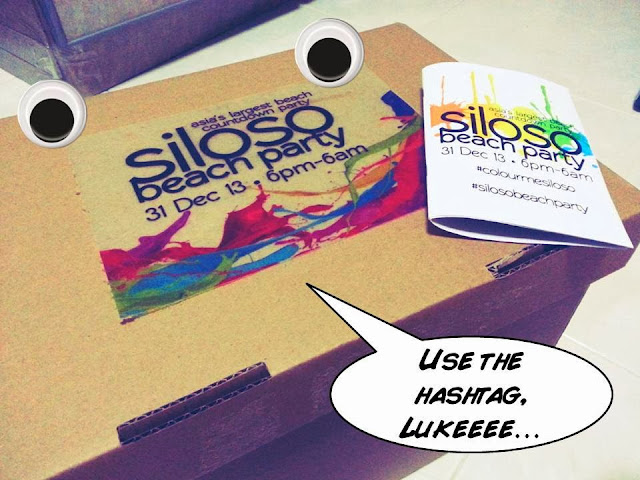 Before long, I find myself staring at the lifeless box again. Part of my mind wondered whether the googly eyes did appear on the box, or whether my lack of sleep has been playing tricks on me. But the booklet was there, together with the message on the box. 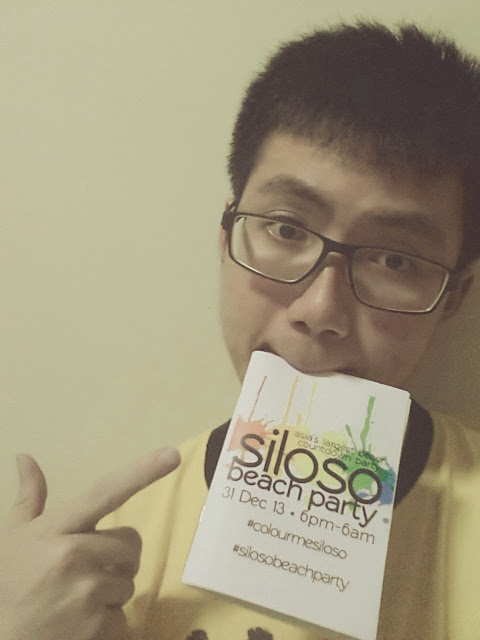 So yep, ladies and gentlemen, I guess I'm sort of like one of the official bloggers for this year's Siloso Beach Party (I wonder if the box has made appearance to other bloggers as well) and to avoid any divine punishment from the box, I am gonna experiment with colours! Do stay tuned for more Siloso Beach Party related news as I embark on a journey with colourrrrsssss *happy smiley face*