The Dangers of Dependence

The following blog post was inspired by two articles: “The Death Dealer” and “Joseph Prince and the New Creation Church.”

What does James Arthur Ray and Kong Hee have in common? One used to be (and might still be) a celebrated self help guru, interviewed in the celebrated movie called The Secret, and the other a charismatic pastor in one of Singapore’s biggest church, a fierce proponent of the prosperity gospel. A lot, that I can tell you. 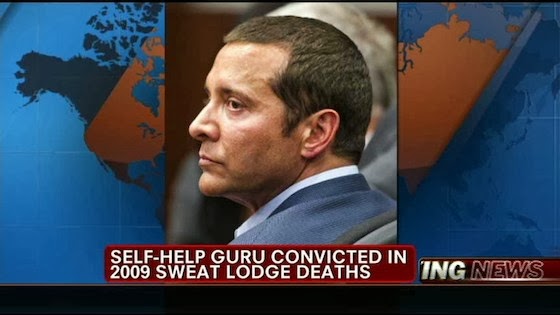 Both of them have followers numbering in the tens of thousands. Both of them preaches a similar message, of how to be successful in life, and how to to gain material wealth. Both of them claim that their goal is to help you succeed, but also happen to be quite well off themselves (no one has ever done an asset check on them, but I can assure you that their net worth is worth more than yours and mine combined). And both are charismatic when it comes to delivering their message.

“I want you to succeed!” they may announce to you, through their CDs, books or televised broadcasts.

“I want to share the secret of life with you, so you may enjoy the riches of life too,” they might add.

However, I think that no matter how they repackage the message or the delivery method, the core of it stays the same. They would claim that they have found the way to be successful, to unlock the full potential of life, to earn as much as you can and so on; and try to convince you that you could be too if you would just embrace their way, their equation.

But that often comes with a catch: that you first have to take out your own money and give it to them first - it could be masked as tithes, self-help workshops or seminars - before you can become successful yourself. Be it in the prosperity gospel, the law of attraction, The Secrets or even in pyramid schemes (MLM); the modus operandi has always been the same. Come up with an inspiring message that appeals to our most fundamental need - money, sense of belonging, etc - and sell it in the most charismatic way possible. Then all you have to do is to sit back, and enjoy while people mindlessly give you their money in hopes of getting rich themselves, without realizing how ironic things look.

To be honest, do you really think that people like James Ray and Kong Hee are really telling you their own version of their secret of prosperity? No, of course not! What they are telling you are messages designed to make you feel good, to make you feel that you can do it, so you would buy into it without thinking much. Such messages are easy to come up with, even I can do that. For example:

Success comes to those who feel good about themselves, who are comfortable in their own looks. I have unlocked the secret of looking good through my brand of self-esteem generating techniques: Calling yourself handsome 100 times a day. All you have to do is to sign up for my first inaugural course in Singapore to learn about the right way to feel better with your looks, and be successful!

The message is nothing, to be honest. Essentially, one can use any beliefs related to common sense and market it as a “new knowledge” or “profound insight”. The message that these “visionaries” deliver is nothing but a tool to help them achieve their goal, like how we would use a pencil to draw a picture. The type of pencil isn't important as long as it gets the job done. You could give them any other message, in fact you could swap the messages between James Ray and Kong Hee and still they would deliver it flawlessly. What is at work here is more than the message, but rather the person delivering the message itself. Sociology calls it the Charismatic Leadership. 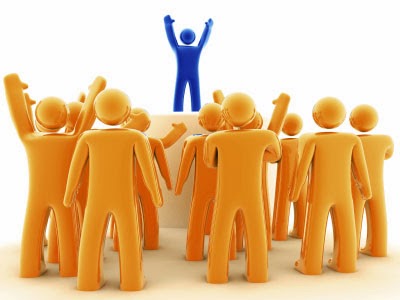 When discussing about cults, pyramid schemes (or MLMs as I would like to call them), new religious movements (like the one under Kong Hee) and even the self help movement under James Ray, one common question that people would normally ask is how could the followers be so blind to what these leaders are doing? They are obviously the bad guys, but still so many of us follow them. "Where has common sense gone to?" we would often wonder.

More often than not, we tend not to notice the power that charismatic leadership has and the role it plays behind movements like these. For one, rather than making people comply using external forces (eg: I have to obey him because it’s the law), charismatic leadership uses intrinsic motivation (eg: I have to obey him because I think he's awesome). Charismatic leaders have the ability to empower the people around them, to evoke strong emotions in their followers, which is why in most cases their followers are not willing to abandon their leaders even in the face of strong persecution and counter evidence. The followers self-esteem, meaning of life and purpose have evolved to be dependent on the leader itself. Without the leader, you could say that their life would lose its meaning, which is why many people would blindly follow a charismatic leader to do crazy and stupid things, even if it means sacrificing themselves or donating all their money.

It's a vicious cycle, if anything. The Benjamin Franklin effect states that when we perform a favour (eg: giving them quarter of our monthly pay) for someone, we would be more inclined to like the person. After after we like the person more we would give more, and the scale escalates. Which is why so many of them are willing to defend their leader to the end. And then there's the self-fulling prophecy too, when things often turn out the way we expect because we are working towards it (ironically similar to the law of attraction propagated by James Ray). One could say that because the followers view their lives are being transformed by the leader, they grow obedient to him. They often do not see beyond the fact that it's nothing more than our own mind working towards the goal we had wanted to see.

However, I for one thinks that such dependence on another person to achieve your “success” is not only utter bullshit but dangerous. It is true that there are good charismatic leaders such as Martin Luther King and Gandhi, who have led people to revolutionize society in a better way, but in most cases, charismatic leaders usually cause more damage than good. Pastor Jones killed his entire congregation, James Ray caused the death of three of his followers, while many may have donated blindly to the likes of Kong Hee. Heck, even the reps at MLMs have use charismatic leadership (WorldVentures SG uses Gurmit Singh) to dupe people into paying tons of money for a dream that they will never get. 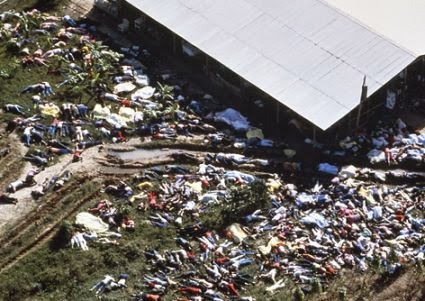 If you ask me, it is not the masses or the message that we need to be aware of, but rather these charismatic leaders that may claim that they are concerned about you - when in fact they are more in love with themselves - that we should be afraid of. I am not doubting that there are good leaders out there, but the fact remains that our human race has not progressed so far yet to churn out selfless leaders on a regular basis, and the evil often outnumber the good 10 to 1. Because honestly, if people like James Ray is half of what they claim to be, they would not be living such a wealthy life but would instead be donating all their money to the needy instead. James Ray would be living in the wild like John the Baptist. What hypocrites.

What I am trying to say here is that do not be fooled by the messages these people try to sell you. They may claim to have to have the “secret of life”, the formula to success, but in actual fact most of the time their messages are either bullshit or something that you have known all along, disguised only in more flowery English. There is no one definite way to success, to earn money, and anyone who tries to tell you otherwise is either lying or grandly deluded. Everyone is different, be it in our strengths and our weaknesses, which is why our path to success are all different too. X may work fine for person A, but it may not necessarily work for person B. Our path to success is a path that we have to depend on ourselves to uncover, not have someone spell it out for us. 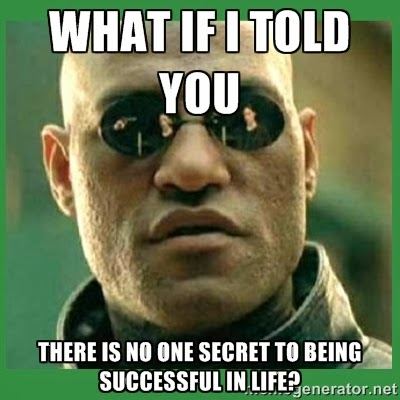 To be honest, I am a strong opponent against people telling me what to do. And I tend to view those who claim to have the secret of life in a skeptical light. Because most of the time, what I see are not people who genuinely cared for us, but rather people who are capitalizing on our feelings, wants and desires to satisfy their own. When they say they want riches to be upon us, all they are saying is that they want our riches to be on them. They don’t give two hoots about how we’re feeling - perhaps they don’t even believe in their own messages too - and all they want is for us to empty our pockets for them. Be it tithe or fees for a “self improvement” camp, ultimately the people who will be benefiting most is them, while we gullibly believe that we are getting something, due to our faulty self-esteem preservation system. Rather than admitting ourselves to be wrong or entertaining the possibility that what we are seeking for may not be THE correct answer, we clam up and become defensive. We would rather be doing stupid things than to admit that we are wrong. Not only that, sometimes we forgot that as individuals, we can always stand up and question things that don’t seem right.

There are a lot of lessons to be learnt from the sad tragedies stemming from overt obedience to charismatic leadership, but I think the most important one is our willingness to question our own beliefs and to admit our mistakes. This itself is a huge step forward. It indirectly keeps our leaders in check, and people will have a better idea of what’s right and what’s not. It’s sad to see how Google offers us an almost infinite amount of information on the web, but we seldom use it to seek out knowledge. Rather than find out why everyone is talking bad about my belief by reading it up on my own, I would rather dismiss all of them and continue on with what my current belief. Or at most I would go to my leader for a biased opinion. Our unwillingness to stand up for our own, but to blindly shift our responsibility, focus and purpose of living to someone else is the exact reason people like James Ray could get away with whatever he says. It’s good have a guideline in your life to guide you along, but it’s always better to check it again and again - with friends, with your family, and the bigger society - to ensure that you don’t end up with a situation you don’t want to be in.