I activated two steps verification for all my accounts, meaning that when anyone wants to log in to my account, they have to enter a code that is sent to my phone after entering my password. It's a safe method to deter any hackers, as your phone stays primarily with you.

However, I was also a poor student when I first signed up for my phone number, so I opted out from the international roaming charges. Which means that I practically have a dead phone, unable to receive any messages when I travel. Even with wifi on, I would still be unable to receive SMSes, where my verification codes will be sent to.

So in the end, I could only rely on my phone to read my emails and to do anything when I'm overseas. I just hope I won't get signed out before I go back to SG.

Anyway, to avoid this blog from dying, I have decided to post a picture a day from Myanmar, the country that I am at now. Today's picture is a of the Myanmar beer, the locally brewed beer. 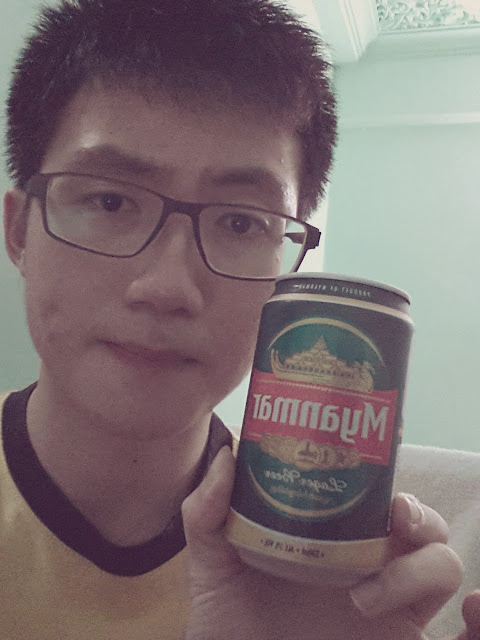 It's interesting to see how Indonesia have the Bintang beer and Myanmar has the Myanmar beer. The taste is a bit rough though, not as smooth as Bintang and there's an aftertaste to it. Not entirely horrible and definitely still better than Carlsberg and Tiger.