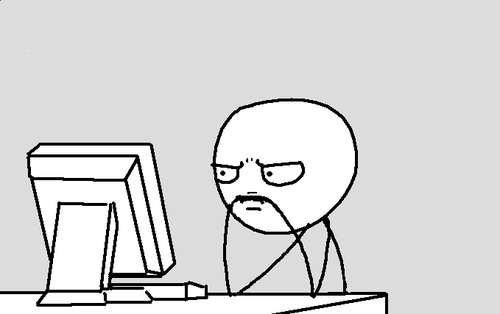 Julius stared at his computer screen. The clock at the bottom right corner indicated 11.30 pm, and his mind was telling him to go and sleep. But yet he stubbornly clung on this his mouse, scrolling away at seemingly mundane news about what his friends ate for dinner and where they went appearing on his newsfeed. It was a Sunday night and tomorrow, as if a giant reset button is being hit, everything will go back to routine.

The alarm clock that rings at 7 am. The one and a half hour commute to work. The coffee stall where he always get his coffee, no milk, extra sugar. The nine hours of typing away on his work computer, pretending to be busy. Five days a week, four weeks a month. The same old routine, never changing, always the same. The would be an occasional break - holidays, as how they call it - but it the end, he would still come back to the same thing. Reports, quotas, targets. The three words that define his life.

They call it the Monday blues, but Julius knew that it was more than that. It's not so much about feeling sad that we were going back to work, it's more about fear. Fear that he will forever be stuck in this situation with no way out, where life is merely about surviving, not living. Fear of the hopelessness in his routine, where there is only an endless ladder to climb, when in the end you are really not achieving anything.

Earning a living, that is what he is doing. At the end of every month, he would receive a paycheck in which he could use to cash out money, from which he could buy food, shelter and entertainment to keep on surviving. But why must we do things that we do not like just so we can continue to live?

Julius thought about how when he was young, people would drum it in to him of how he can earn a living just by doing things he loved. However, Julius realized soon enough that only a certain percentage of people are able to do that, and they are the ones with exceptional talents and genes. It was not a leveled playing field to begin with. Julius tried, he really did, to achieve his dream to be a singer, but in the end, after numerous failed auditions and pestering from his parents, he grudgingly accepted the fact that the world is made unfair. At the end of the day, you need people to clean your house, people to throw your trash and people to cook your food. That was how society work, and Julius counted himself lucky to be able to sit in an air conditioned office instead of being outside in the hot sun.

He thought about how redundant some of the jobs are in today's market. How some jobs are not required to be there in the first place, but people just created a job title in order to create the demand. PR, for example. Why is there a need to create a middle man when the two companies have been doing fine in the past? Perhaps this is the way how the devil overworked us all, Julius thought.

Julius wondered about how heaven would be like should it exist (he stopped believing in it when he realized how screwed up life was in general). Would we be able to do the things we like, like painting or writing the entire day without worrying about whether we would go hungry or whether the bills are paid? If that the case, Julius thought perhaps it would be better to skip all the suffering and take the shortcut by jumping off the building. There's really no point anyway, to be doing the same thing over and over again without any end point or purpose in sight.

But in the end, no matter how much Julius ponders and whines about it, he still enters his room at 11.45 pm to sleep. And the clock would ring again at 7 am like always, followed by the one and a half hour journey to work. And Julius would still be there, typing away on his keyboard for the paycheck at the end of the month, all for the sake of surviving. And a few weeks down the road, he would start questioning his life again, without taking any concrete step to address it, sweeping it away as Monday blues.

Because he always does.