WARNING: This post contains major spoilers about the plot of the game, so leave if you have not play the game and if you hate spoilers. 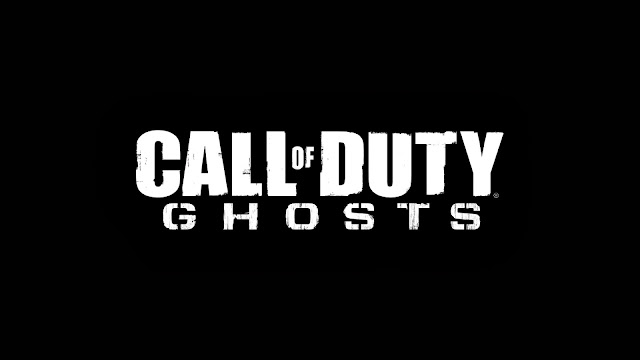 I hate Activision. I hate how they intentionally left the story with a cliffhanger and leave you wanting to know more about the story. I guess this is their way of keeping the sales of the franchise up. Rather than the good old decisive ending like Price smoking a cigar over the dead body of Makarev, Soap being dragged to the helicopter after killing Shepard or where you're lying on the bridge watching your teammates get killed; Activision decided that nope, they want to leave you hanging so you would want to find out what happens in the next game. Which is a low blow, if you ask me, because where the storyline is concerned, it is a far cry from the jaw dropping storyline that used to define the Call of Duty: Modern Warfare franchise.

Most of the main plot points and story telling techniques somehow reminded me of the earlier games. The attack on the US (Russians dropped in to US before), the flashback (Captain Price and Ukraine), the space combat (when the ISS exploded due to the nuclear missile launched by Price), the death of Elias (death of Ghost) and even the final cut scene, all of them were either direct or indirect reminiscent of what happened in earlier games. I remember how I was blown away time after time with how the story developed in the previous installments, but in Ghost, the whole time I was just feeling meh. The excitement isn't there anymore, and most of the elements feel used.

I think one of the problems that the game failed to achieve was to get the players to relate in the characters themselves. Logan may be the special one as Rorke claimed, but I just couldn't understand how a character that stayed silent throughout the game could have such a big role. If you switch it to Hesh then maybe I would have found the story a little bit more different, after all we are in all the same missions and stuff, and how come he is not the 'special one' but I am? In any way, I failed to relate to Logan because there was no character development in Logan after all, there were no scripts, no dialogues and all I had to do was to shoot. Like a robot.

The other thing was also the game's obsession with this military unit, called the Ghosts, which I am sure was inspired by the character that was killed off by Shepherd in COD: MW2. And also this character called Rorke. The entire story itself revolves around the Ghosts chasing Rorke while accomplishing a few side quests, and I can't help but feel that there's too much emphasis on it until the whole point gets lost on me. I mean death rituals, Ghosts going rogue, Ghosts hunting, Ghosts this, Ghosts that, it feels like they are trying to hard sell you this thing but from what I see, the Ghosts themselves weren't that special other than having tons of weaponary with them. The were missions where we need to hide to prove our "stealthiness", but they are nothing that just ducking in a corner where the enemy just stupidly pass you by even though they know full well that you are coming from a particular way. It defies logic.

While the Ghosts prize themselves as being stealthy, the gameplay itself has far less (even deplorable) stealth mechanics as compared to games like Tom Clancy and Metal Gear Solid. If anything, it's trying very hard to be what it's now.

And what's with this guy Rorke anyway? Why the obsession? Why keep bringing him in again and again, even though we captured him, killed him and stuff, only to have him reappear back into the storyline? Why such a big role? Why the focus?

At the end of the game, I can't help but to feel confused with everything that has been happening in the game. I understand that perhaps some of it are left hanging to leave the gamer wondering, for example Rorke's intention and what he when through, but some are just downright ridiculous. The Federation is still shrouded in mystery (the only two top figures you know are Rorke and Ramos) and there's not even a mention of other countries like China or Russia, or how this game relates to the bigger COD: MW universe.

As far as the single player is concerned, there is definitely going to be a sequel to this game. While I enjoyed fighting in the various terrains and environment in this game, the game is just that: a mindless shooter game. You go around shooting stuff and just flowing around with the story without feeling invested.

Story aside, did I also mention that COD: Ghost is also trying to be something that it's not in terms of gameplay? I understand that COD: Ghost was released roughly the same time as Battlefield 4, and will be facing loads of tough competition from that game. And guess what they did in the game to try and compete? Introduce a mission involving tanks and helicopters. I mean, seriously?

In my opinion, the glory days of the Call of Duty franchise is long over. The gameplay and story has started to get repetitive, and it'll be not long before people eventually get bored of it. The 60 SGD spent for this game was totally not worth it (impulse buying is painful), at least for the single player mission. Now I understand that the main worth of the game should be the multiplayer experience, but I miss the time when the story of COD: MW itself left me dumbfounded or awestruck. Sadly this is far from the case now. Like they say, it's tough being a sequel.

Like I said, not the best 60 dollars that I have spent. Should have so waited for the Steam sales for the game, rather than jumping the gun. Well, at least the Extinction part of the game wasn't that bad.