'Hunger Games: Catching Fire', Am I the only one who disliked it?

Since the first day it came out on the big screen, I have been bombarded with news, status updates and tweets about how good the second installment of the Hunger Games movie franchise is. Even Rotten Tomato gave it an astoundingly good score, more than 85%, if I'm not mistaken. So I told myself that I had to catch the movie, to see what the hype was all about.

Sadly, contrary to the general consensus, I find Hunger Games 2: Catching Fire, to be at best normal, if not disappointing.

While I find the general tone of the movie to be fairly consistent - one of rising anger towards the Capitol and a deepening conflict within system - I cannot help but feel as if the movie was more like a build up to the third movie rather than a distinct movie on its own. I understand that it is part of the timeline for the book series and that the movie cannot run far from it, but I cannot help but feel that I was watching an episode of a drama series rather than a movie itself.

I am going to delve into the spoilers section now, so you might want to stop here if you have yet to watch the movie or read the book and you hate spoilers. 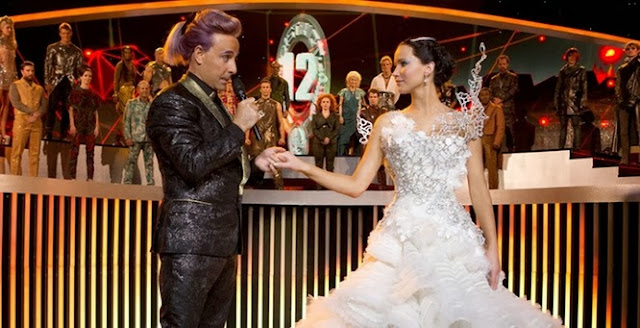 For the whole part of the movie the pace has been developing at a pace that seems to tell us that a storm is brewing, and that it would end with an explosive action, so I spent the entire movie waiting for what that is going to happen. However, instead of an actual uprising, which were teased to us using snippets of footages early in the movie, I had to contend with Gale telling me instead that Capitol has gone on the offensive, ending with one very confused Katniss face. Hello, you can't even bother with some flashbacks or actual portrayal? I know the book had Gale (I was that confused with the ending that I had to wiki it) tell Katniss what happened, but you're a movie for goodness sake. Can't you have done anything better than an awkward scene in a room?

And that would bring me to another thing that I did not like about the movie. TOO MUCH DIALOGUE. I don't know about you guys, but I felt that the talking part of the movie took up a significant portion of it. A lot of the story were focused on conversational exchanges among the characters, rather than being portrayed out in action. I would use the ending scene again for example. The whole part about the Capitol wiping out District 12 and stuff all took place in a dialogue. A frigging dialogue. No scenes of troops marching in, bombs being unleashed or Snow reacting in anger. Nothing.

And my biggest disappointment? The actual Hunger Games scene. It felt rushed if anything, and people just kept dying without you knowing what's really happening. I mean the clock thing was ingenius, but the bulk of the action was focused on the beach. I don't know about you, but it felt kinda empty, if not anything.

And of course, I don't know if you noticed it, but despite how many arrows Katniss unleashes, her quiver never goes empty. Not forgetting the lack of explanation of what happened early in the movie where she hallucinated or really shot someone. Err, what's going on here? 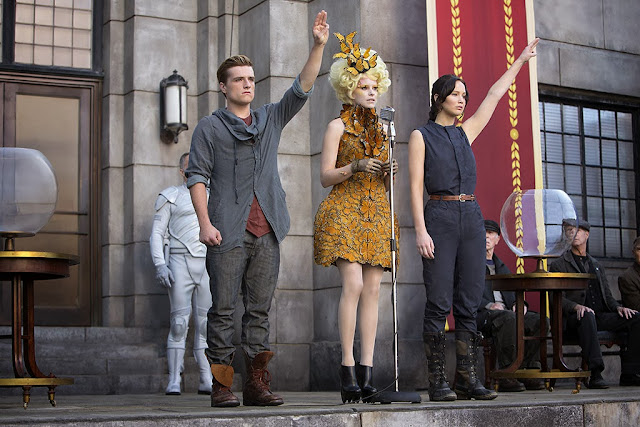 I could go on and on about what I find lacking in the movie - like the escalation of Katniss's and Peeta's feelings from indifference to a passionate kiss by the beach - but I will stop here.

For all it's worth, I don't think Catching Fire is a bad movie. I just thought it was overrated. Jennifer Lawrence's acting was great as usual, and the tone of the movie was nice, the buildup was nice (despite the relaxed pace), but like I said, it felt more like an episode to a series than a standalone movie itself. The movie on itself failed to portray the growing anger (which I felt what the second book was about) happening in the districts, and how Katniss was linked to it. It did give snippets, but at best, you have to do a lot of guesswork.

I think Ender's Game was somehow better at capturing the important points, while Catching Fire could have somehow be done better. A 6/10 if you ask me.