If I can describe Disney's latest movie Frozen in two words, please forgive my language, it will be 'Fucking Awesome'. Just when I thought Disney could not come up with a better movie after Rapunzel and Wreck It Ralph, comes another equally amazing movie from the same team of people. 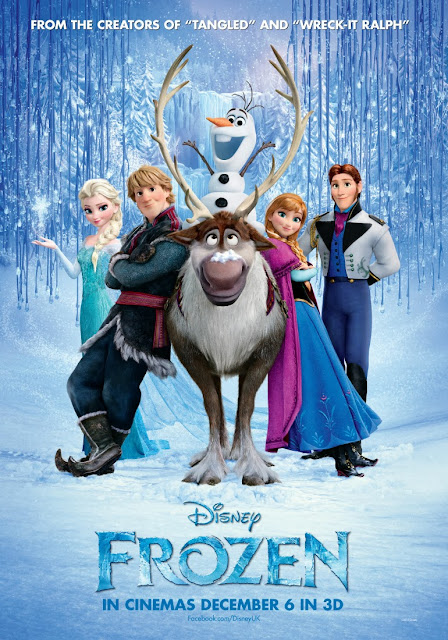 The movie runs for 1 hour and 48 minutes, and in the whole duration, I cannot even find anything that I did not like about the movie. Aside from that, the movie offers a very fresh type of plot into the storyline. There were numerous times when I thought I had the ending figured out, but time after the time the movie managed to insert small twists after small twists that brought the story into different direction and made it even better.

Even though there elements that were reminiscence of earlier Disney shows, like how the reindeer (Stan) reminded me of Maximus in Rapunzel, and how one part of the plot reminded me of Enchanted, but the movie took the familiar elements and expanded them even further, and added their own unique and beautiful touch to it.

To be honest, the only thing that I felt was lacking in the movie was that it seemed too short, even though it ran for 1 hour and 48 minutes. When it finished, I actually felt sad that it finished. I wanted more. If there's ever a sequel or a mini movie about it, I would definitely watch it. I highly recommend this movie, in fact, I would give it a 10/10.