Ever wondered how a Starcraft Terran battle against the Zerg would look like in the big screen, like in real action sequence? Watch Ender's Game. 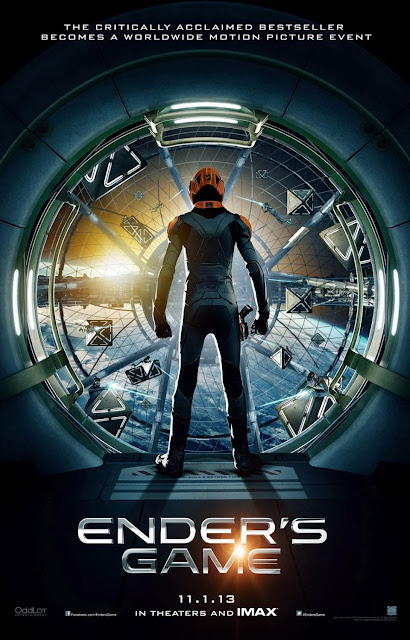 To be honest when I saw Ender Game's posters hanging around the cinema, I thought it would just be one of the space sports movie where well, the main character plays a game with his team or something; the movie's title consists of the word "game" after all but little did I know it was far from it. Way far from it.


If anything, Ender's Game got almost all of the things that I love: Space battle, journey of a boy with his friends, laser pew pew pew in a zero gravity environment, alien invasion and even question about humanity. The first few minutes of the movie itself totally blew my mind and as the movie progressed through the eyes of Ender, the protagonist of the film, I felt that the story itself was too complicated and well developed for a Hollywood film, and it turned out to be the case. But even though I never read the book before, I felt that the movie itself was able to convey everything in such a way that I understand without jeopardizing the action and emotional element of the movie. It was one of the rare few movies that have me on the edge of my seat throughout the movie.


I cannot go into how awesome the movie is without going into too many details, but the crux of it follows the path of Ender, a genius sort of child who is marked from young as a person capable of leading a human fleet against the once hostile alien race, the Formics, who pretty much look like the Zerg from Starcraft. Overall the movie itself is quite polished with the themes and questions sufficiently answered. The acting delivered by Asa Butterfield as Ender and Harrison Ford as his superior officer were quite commendable too. And the CGI? Just awesome.

Ender's Game is a story where one can relate to, with both macro and micro struggles and even the three girls who watched the movie with me enjoyed it. I was just foaming with nerdgasm all the way.


Of course, being an adaption from the book itself, there were questions and relationships which were only briefly touched upon in the film that I suppose I will need to refer to the book for answer. Not only that, being the dude that I am, I personally felt that the final space battle itself was a bit too short to qualify as a n epic space battle. Mass Effect 3 still has the crown, I'm afraid. It's like you already know how the outcome of the battle will be like halfway through the battle even before it finishes. There's no that tense hanging climatic moment where you don't know for sure which side is going to win. If they had just extended the battle a few minutes longer I would have given the movie a 10 out of 10.

But still, seeing the tactics deployed by Ender during space battles and the zero gravity battle is just amazing and totally worth the movie itself. I would give it a 9/10.