The Wind-Up Bird Chronicles: Winding Down

Warning: This post may contain spoilers to an otherwise really old book

I know I'm supposed to like the Wind-Up Bird Chronicle written by Haruki Marakami. My friend swore by that book. Another friend told me how nice it was after she found out that I was reading the book. I myself remember thinking that by the way the book is written, it's supposed to be a good book. 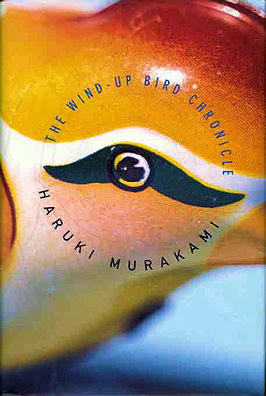 But somehow as I flipped the final page away and put down the book (which in actual sense was my phone since it was an ebook), I didn't experience the contentment that a good book usually gives me. The bittersweet feeling of knowing that you have finally reached the end of the journey, finished everything that you wanted to do but yet feel sad because it has been a good journey. No, I didn't get that feeling. What I got was something more similar to indifference, like nothing big has happened. Like "Oh okay, the book's finished. Guess I'll go with life then".

That's usually not how I finish a book. By all accounts, whenever I finished the book, I would not believe that my long journey has finally ended. I would find myself lingering in the memories created by the book again and again, watching the final fight between Harry and Voldemort, listening to Aslan stories or exploring heaven with Eddie. Each time I finish a book, I would want to linger. I would refuse to give in to the fact that there is no more pages to go, no more evil people to fight, no more quest to accomplish. It's like going on a long adventure and finding out that you now have to finally return to your old boring peasant life.

But that's not the case with with the Wind-Up Bird. If anything, I feel at most as passive as Mr Toru Okada itself. I don't understand why though. I tried to piece the story together, to make sense of it. Maybe I had missed some important details in the book that linked everything up. Maybe there's a piece of puzzle that had I just happened to miss it. And to be sure of that, I tried to recall the details of what happened in the book again.

The story starts with Mr Toru Okada, a man who lost his job and is currently living with his wife, Kumiko. Their cat goes missing and suddenly they were contacted by a water medium called Malta Kano who has a sister called Creta Kano. Creta Kano was "defiled" by Noburu Wataya, who happens to be Kumiko's brother, Toru's brother in law. Both Kumiko and Toru hates Noburu Wataya, but Kumiko contacts him either way to help find the cat. In the midst of finding the cat, Toru meets May Kasahara, a teenage girl living opposite an abandoned house with a well that Toru goes to while searching for the cat.

Then one day, Kumiko goes missing. I suspected that she was already having an affair from day one onwards but with Toru being Toru, he did not suspect anything nor did he feel  anything until he was contacted by Noburu Wataya, who tells him that his wife ran away because she had a lover. Noburu asked Toru to agree with divorce proceedings, which Toru flatly denied. And because a fortune teller had earlier asked him to do so, Toru climbed into the abandoned well at the abandoned house and began to think, which caused him to enter some sort of dream world taking place in a hotel room with the number 208. For some strange reasons, he ended up with a mark on his cheek upon exiting that pseudo dream.

The story only seemed to get stranger from there. The mark on his cheek seemed to gave him strange powers, which he then proceed to use to earn money and to hone up his effort to get back his wife, leading him ultimately to defeat Noburu Wataya in that dream world, in which he found out that Noburu has been harbouring a strange power that controlled his wife. By defeating Noburu's power in the pseudo dream, Noburu lost his power in the real world and collapsed into a coma. In the end, he was able to save his wife, and by saving, I mean having Kumiko killing Noburu in his comatose state and finally ending up in jail, with Noburu patiently waiting for her release.

If that's not confusing, I don't know what is. 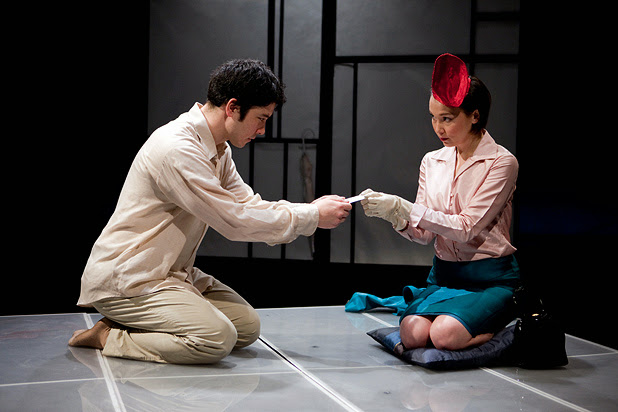 To be honest, I had high hopes for the book. When I was reading the part about Toru spending his days alone after his wife ran away, I had such high hopes of what Murakami could have in store at the later part of the book. I wondered what conspiracy he had cooking, whether the Wind-Up Bird is in fact a reference to something else, but in the end, all I got was some vague description of some supernatural battle going on with war stories peppered here and there. I can't help but felt that Murakami sort of ran out of the idea near the end of the story and just anyhow cleared it. He built up such a tense and intriguing story only to have it haphazardly dismissed with a simple explanation by Toru. There was no explanation of what the powers were about, what the mark on his cheek represented and how everything tied in together.

I know there's something to do about not fighting fate but if anything, the whole book itself is like that. Being as passive as you can and just let the flow pass you. Or it could just be due to the fact that I'm too dense to understand all the supernatural grand stuff going on.

Still, I love the start of the book when Toru was all alone. It kinda reminds me of the life I have now after university, where the fingers on my hand is enough to count all the friends that I have. It's kinda sad but it let me relate to Toru. And in a way, I admire him too for being able to be so self-sufficient on his own without going crazy. If it was me, I think I would have jumped long ago. I liked him. Up until the point he went inside the well, that is.