Spooked by Spooktacular at Siloso, Sentosa

My first horror movie was a Thai horror movie. It was called Coming Soon about a cursed movie that kills everyone who watches it. Talk about picking the best choice for your first experience. I couldn't sleep for nights after the experience and never did I have the courage to watch another Thai horror movie again. Like they said, the Thais are good when it comes to horror.

This year, together with the studio who brought you the scary Thai movies like Coming Soon, Shutter, Dorm, Body and Pee Mak, Sentosa is returning for the fifth time with it's annual scare event, the Sentosa Spooktacular. Featuring the first ever collaboration with GTH, one of the heavyweight in Thai's film making industry, this year's Spooktacular aims to let you relive the movies that have once scared you to bits (at least for me). 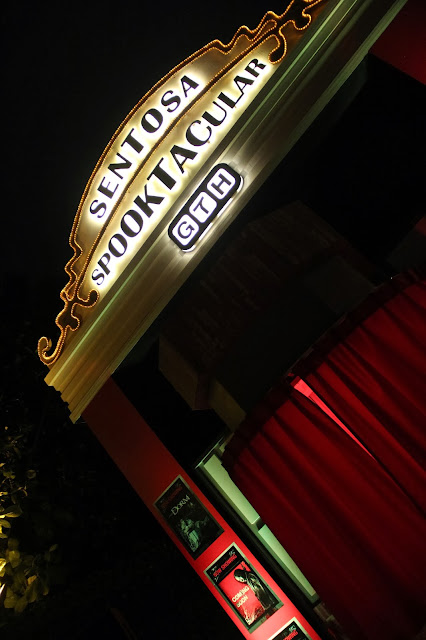 I had the privilege to attend the media preview session of the Spooktacular event this year, though initially hesitant because of my first brush with Thai horror, and to be honest, while it was scary, I had a lot of fun. Aside from Fort Siloso being turned into one big haunted playground this year with petty amazing props and ghosts walking all around you, the event features five different haunted trails featuring the five different movies. So follow me as I bring you all through an thrilling ride of Sentosa's 2013 Spooktacular event!

There's five attractions this year to visit and because Fort Siloso basically has a straight trail, you can visit all five of them in order without missing any of them. To make things easy, I'll go according to order to the trails that you can visit once you enter the place. I've never done haunted trails review before so some spoilers may or may not be included. But then again, what's there to spoil about a haunted trail? You'll still have ghosts popping out here and there at random. 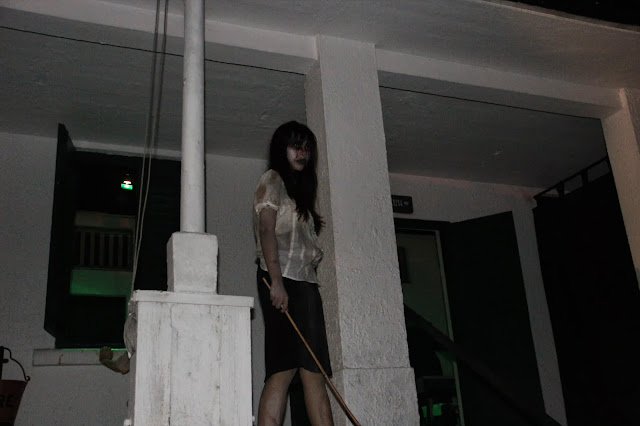 The first trail that we visited, Dorm features what every student would be scared about, a haunted school. And vengeful student ghosts. The story goes about how Wichien was wrongfully killed or something and now his ghost haunt the trail.

It was one of the trails that I thought was scary because we were only given a torchlight with almost no light to explore the almost pitch black trail. To top it all off, you have Wichien running around the trail laughing mischievously as if wanting to take your life away. We were asked to chant the line "Wichien Rest In Peace" in order to calm his soul, but I doubt it was any use because he still hung around trying to scare us. And I was the only one doing it though, as my group looked at me with the face that says, "Dude, you seriously think that would work in a haunted trail?". 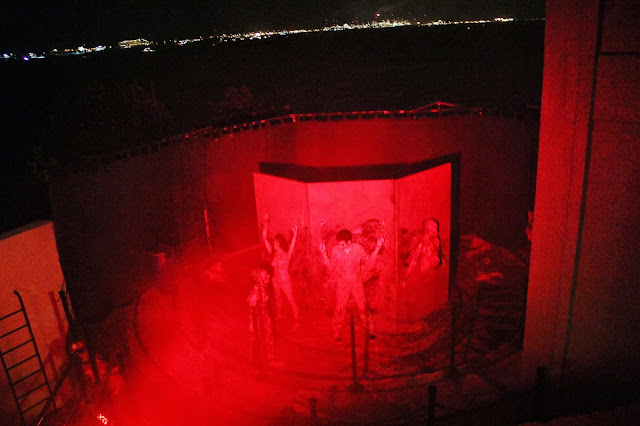 While the props for this trail is remarkable, you have limbs hanging from the ceiling and victims strapped unto wall, I didn't find the trail to be one of the less scary ones because the trail is quite bright. You'll see limbs severed everywhere but there isn't any surprise factor that will caught you off guard. There is however, some hot female nurses, if you don't mind the fact that they are already dead. 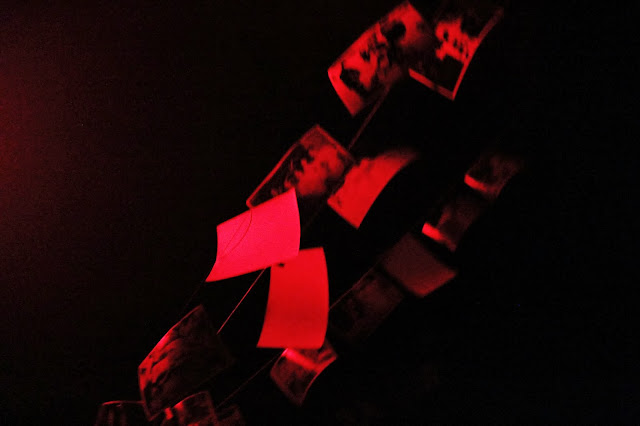 The name itself is pretty self-explanatory, with the trail being something to do with haunted photographs and stuff. The trail itself is pretty gruesome as it is filled with graphic photos of dismembered bodies (at least that's what I saw) along the trail. It's not exactly dark though, I think it's because it's supposed to resemble a dark room and you can still pretty much find your way around.

I don't recall if the trail had a lot of ghosts, but they did require you to take a photo from a murderous spirit and burn it in order to satisfy her spirit.

The finale itself was done in a convincing way, I would say, utilizing periodic flashes to imitate the camera taking picture to scare the hell out of you. I wouldn't go in too much about this part though, or else it'll spoil the fun. 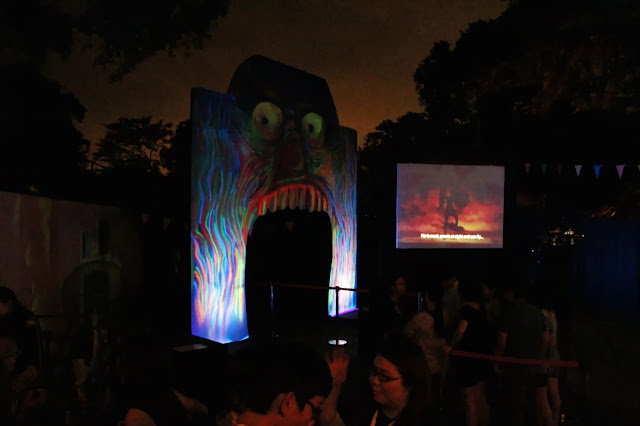 While normal horror trails are aimed to scare, Pee Mak's aim is to entertain. From our entrance where three dudes try in their best Thai accent to convince us not to venture into the trail because there's a ghost beyond it to the neon coloured pathways, Pee Mak wasn't exactly scary but more to an enjoyable kind of feel. It's one of the few rare occasions where you can exchange greetings with the ghosts, and everywhere I just kept on going "Savadika" with every ghost I see in the trail, some who will gratefully respond.

I liked the trail because it gave a comedic break from all the scaring and at the end of the path, we had to learn a dance too just to satisfy the spirit watching over the trail. Quite unique, if you ask me. 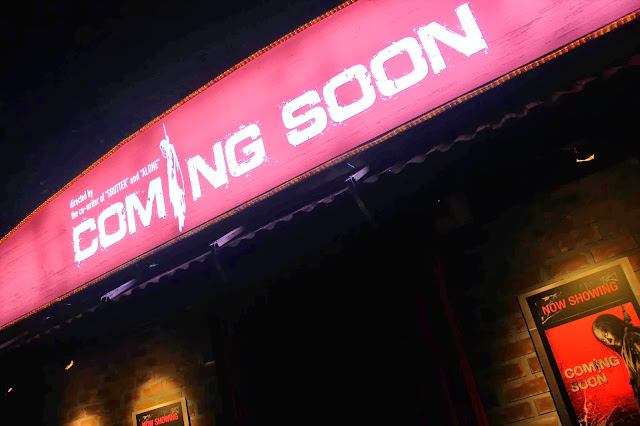 Funny how my first experience in Thai horror turned out to be the last ride for the day. And turns out they saved the best for the last.

With the vengeful spirit of Chaba abound in the trail, waiting to pop up any moment to scare you, nowhere is safe in this trail. Combining darkness, surprise and flashes of light, I was genuinely terrified from this trail. It was one of the longest too, as I soon found myself wondering when it would end.

My only complaint is I think they wore face mask instead of make up if I'm not mistaken, but somehow the effect got lessened somewhat in the process. But still the place gave me the jitters.

All in all, Sentosa Spooktacular was quite the experience. The trails themselves are each unique in their own way, offering different types of environment and ambience to keep the guests occupied. Other than that, I also loved how some of them incorporated tasks for you to do during the trail. The Dorm one was especially convincing, where we had to throw the "cursed" card into the tub of water in the end.

Other than that, there's the usual assortment of ghosts hanging about for photo opportunities and I wasted none of them. Some of them were quite pretty though. I wonder if they have cellphone reception from where they came from?


They also had some pretty convincing props to go with it.

Just a note of advice though, if you're planning to visit the place, do remember to wear comfortable clothing as it could get quite hot with all the people and enclosed environment. I was sweating from head to toe during the whole experience, no thanks to the heavy bag I was carrying. The queues can get quite long too so if you can afford it, do get the express pass, saves you lots of time.

Other than that, be spooked at Spooktacular!

Yes I suck at sentence making.

Read my experience of USS Halloween Horror Nights 3 at http://www.lukeyishandsome.com/2013/10/horror-at-universal-studios-singapore.html