If you told me I will be catching Malay traditional dance when I'm in SG, I would most probably laugh about it. Malay traditional dance never interest me much and I never made a conscious effort to search for it. Being the "teenager" that I was, I would naturally dismiss anything "traditional" as boring anyway. But watch it I did, on one cloudy Sunday afternoon in front of Esplanade, because a childhood friend of mine was performing.

Contrary to expectations, I actually found myself to be enjoying the show quite a bit. Far from being just dance, Mak Yong is a Kelantanese traditional performance that features dance, music, acting and also singing. I found the mix to be surprisingly enjoyable and the performers all did a good job in incorporating all the elements of the performance. 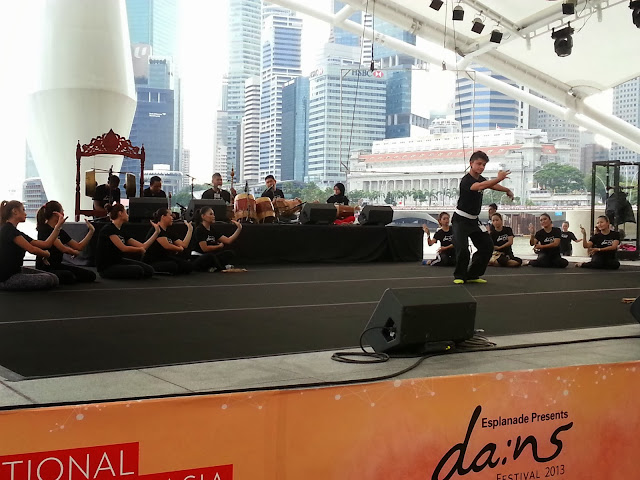 If you ask me, I would guess that the show itself resembles what we would call comedy in the old times. Far from the "boring" dance that I had expected, I admired how the dancers fingers move together in slow unison without any counts by the music to guide them and I was genuinely amused by the skit put forth by the actors of the show. 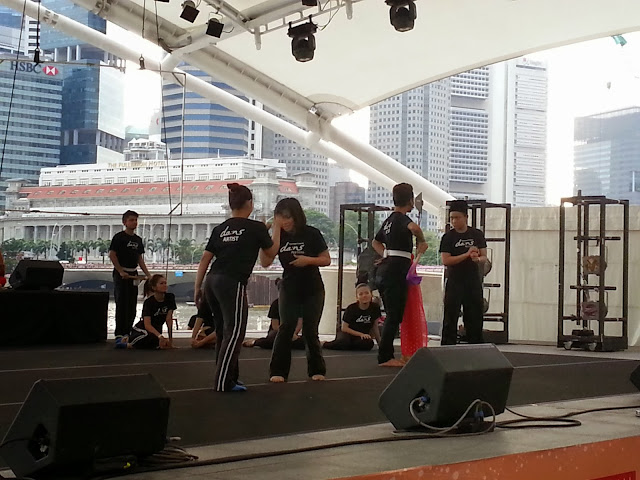 More amazing was the impromptu performance put forth by the performers which looked totally scripted to me that I would not have guessed if not for the other dancers laughing. There were also mentions of Mariah Carey slotted into the show, which I guessed added a sort of modern touch to it.

Sadly, like the rest of the audience, I was not able to understand the full extent of the show as it was done in the Kelantanese dialect. And my Malay was never good to begin with. But still, the performers were top notch, at least that I could say. Guess I should change my perspective about traditional dance huh.