My sub crashed. And not long after that some alien began to shoot randomly at me, hoping to kill me and all of my squad. Only when I thought I was going to die, some dude with a weird looking suit showed up with a minigun and chased the alien away. He mentioned something about him carrying some disease and that he's going to die, so he proceeded to cut open the tight suit that he's wearing and proceeded to shoot himself in the head. And somehow now I end up wearing the skin tight suit. 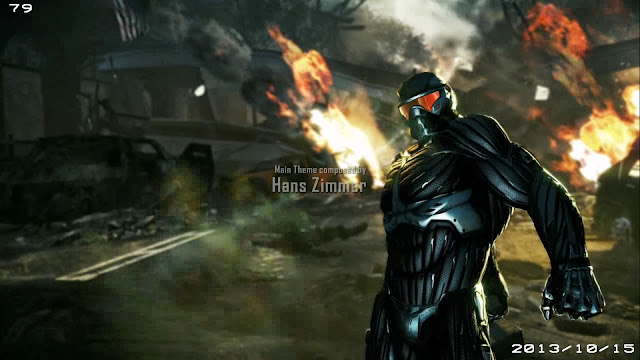 And if that's not weird enough, some random soldiers have begun to try and kill me while a mad doctor keeps calling me prophet. Best of all, for some strange reason I just couldn't bring myself to talk. Maybe it's because some leftover virus from the previous owner hat go stuck in the suit. But being the badass that I am, I don't really care if my identity got mixed up though. I mean I can fucking cloak and kill all these stupid dudes without them even knowing. Yeah, sure they might be the good guys trying to combat a viral infection and a alien invasion of the city but hell, I don't give a damn. As long I can have one man rampage across the city, that's fine by me.

Is it me, or does the starting story of Crysis 2 don't make any sense at all?