Halloween Horror Nights 3 at USS, or HHN3 in short, was going to be my last horror adventure in Sentosa for 2013 after Fright Nites and Spooktacular and frankly, I was quite looking forward to it. I've heard quite a number of positive reviews about it and was quite eager to experience it for myself.

While the attractions, the environment and the effort put in for the event itself was pretty amazing, there was however one thing that bothered me during the entire journey. And it the words of Buzz Lightyear, the thing that I felt about HHN3 was... 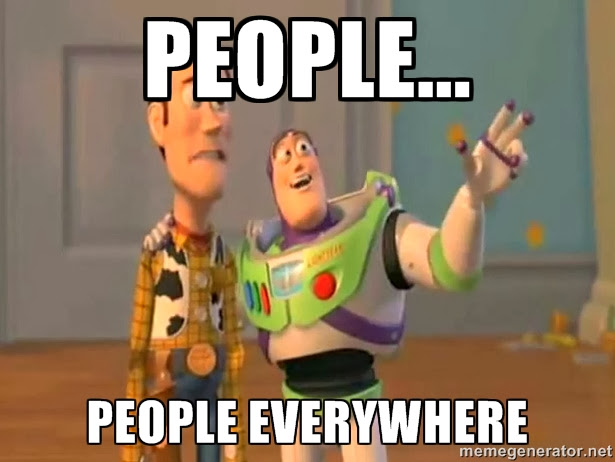 Everywhere we went was just people... 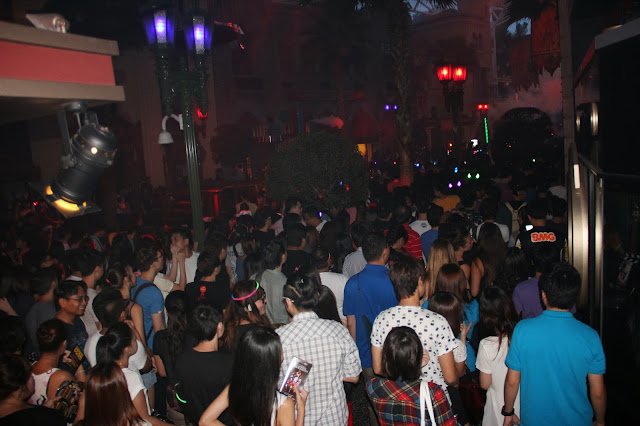 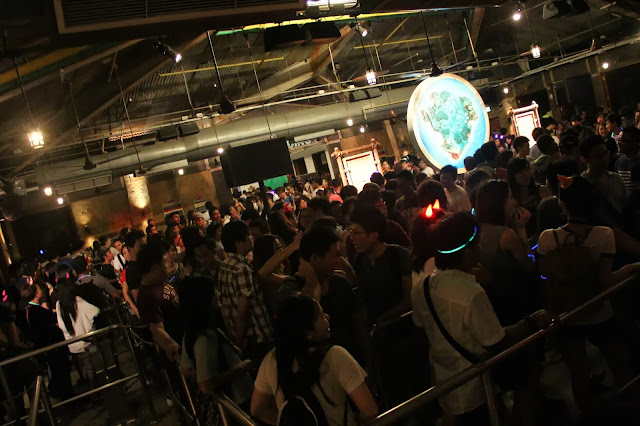 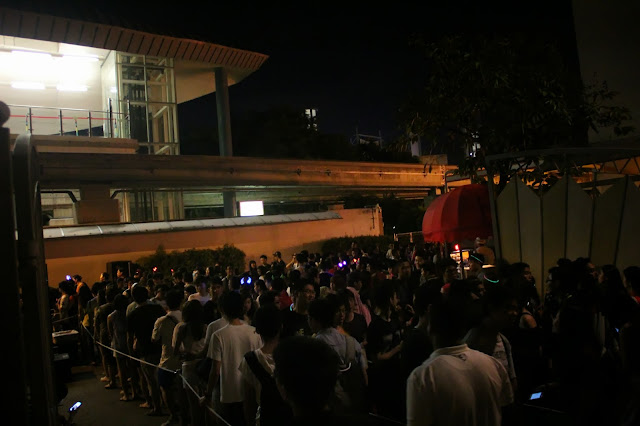 ... and just people. You get the drift. It was way crowded beyond the optimum capacity of USS and everywhere you walked. You'd practically bump into people. Waiting time for some of the horror houses stretched way beyond the two hour mark and to enjoy them, you practically had to spend more time queuing than actually being scared. That's like two hours for just 10 - 30 minutes of horror. You do the math.

But to be honest, I have no idea how USS can alleviate the situation though. Unless they limit the number of tickets sold or increase the number of haunted houses, which they won't since it cuts down profits and increases costs, the horrendous queue will be here to stay. Which I guess where the horror must have came from: the extreme wait time.

Complaints aside, that does not mean that I did not have fun. Though a bit painful for the pocket, we bought the express pass (benefits of working) and were able to cut through the waiting time by a lot. We managed to finish all the three haunted houses and still had time to catch some other USS rides and watch the Monster Rock show, which was quite enjoyable with all the singing and dancing. 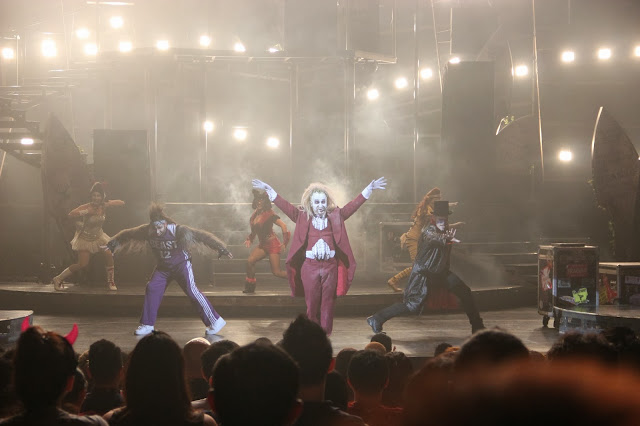 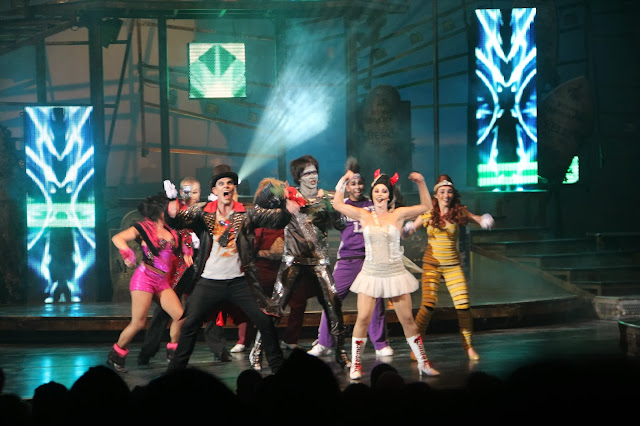 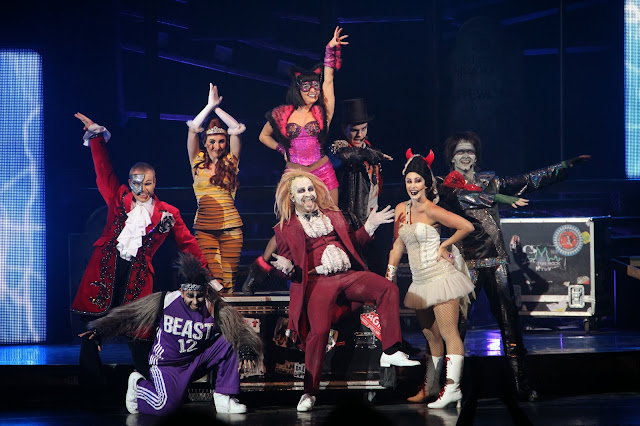 The perfomance were brilliant as usual and if I'm not mistaken, they were the exact same bunch of people who acted when I visited USS a year ago. Ah sweet memories.

That aside, I also think that in terms of quality, USS certainly was the better one at the amount of detail they put in to the haunted houses and the environment around the park too. I certainly had fun exploring the Chinese ghost house (Song of Death), the haunted mansion (Possession: House 13) and the ghost ship (Adrift), which I think all were done very well to suit the theme. The horror factor was certainly there and each had their unique taste to offer. There was no favorite haunted house that I could say because I enjoyed them all equally the same. 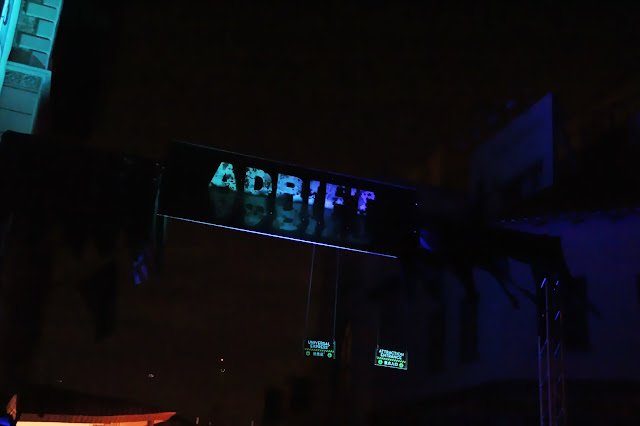 The scare zones itself was also interesting, though I must say that out of the three, I loved the Attack of the Vampires the most. The feeling itself was just right with all the vampires and victims roaming around.  Some of the vampires even wanted to bite, which I found it funny because it sent several girls screaming and running away on several occasions.

Convention of Curses felt nothing more like a bazaar while Forbidden Forest itself felt like a smog covered place with monsters who prefer to scare girls. At least to me. It didn't just give off the right feel as the vampire street. Like someone just came up with a vague general theme and threw everything in.

The scare actors on the other hand were quite good though, that I can say. They all kept character even though numerous people try to disturb them or scare them back (which I thought was childish at best) and tried to interact with the crowd as how their character would do. Only once did I see a an actor break character, and it was one of the statues in the ghost house that managed to send us all screaming like little kids. I swear I saw a smirk on the statue's face. But other than that, almost all of the scare actors were professional, which I admired and liked. 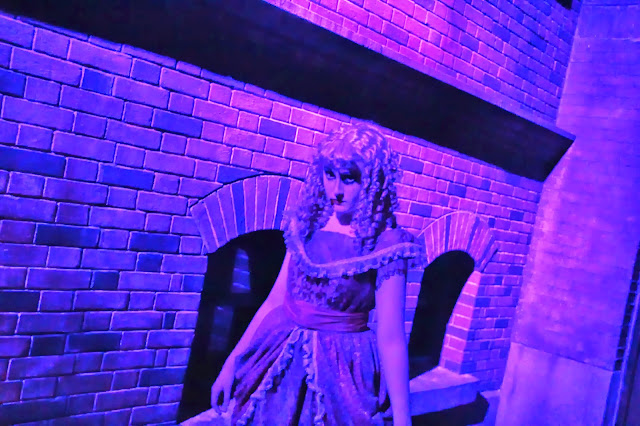 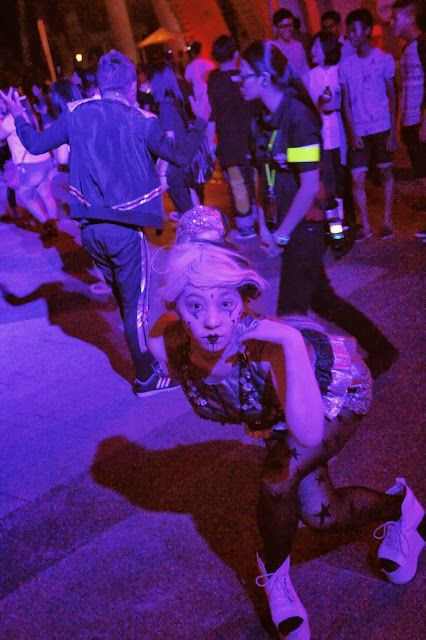 Of course, you can definitely catch them for photos, if you manage to get to them quick. 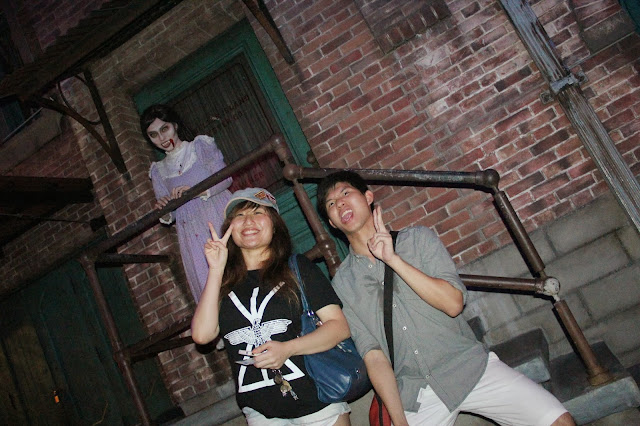 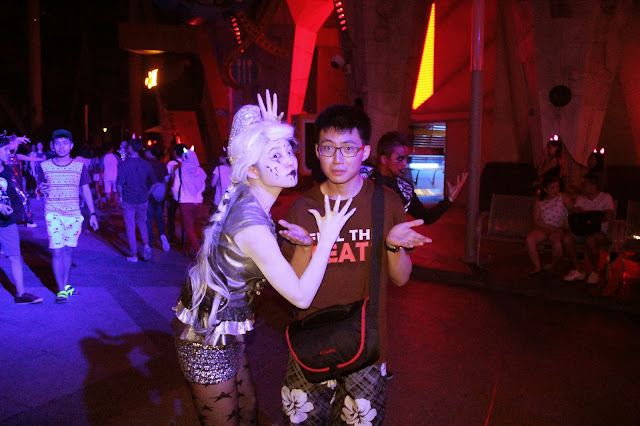 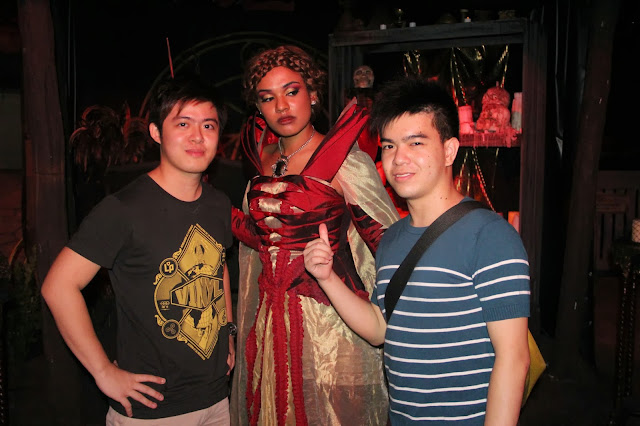 Last but not least, there were also other entertainments to help add in the mood for the night. There were band performances and dance groups performing just at the streets. You know, if you wanted a break from all the horror.

I just find it a shame that with so many people, USS was not able to convert more sections to cater to the people, where Wonderland and the Madagascar sections was left untouched. And the amount of people? Horrible.

We were able to relatively enjoy ourselves because we got the express pass, but from the looks of it, I guess it won't be long until everyone has an express pass too and soon they'll need to come up with a super express pass.

Other than that, leaving the place was also horrible. People were at their worst trying to find a cab and the only Night Rider bus service (NR1) was not adequate to cater for the surge of visitors. Taxi drivers did not want to stop outside of the island and many people had to resort to calling or just waiting to get back. Word of advice for all of you planning to head to HHN3? Have your ride out from the island planned early. And since I'm a nice person, here's some tips on how to leave Sentosa and HHN3 after 1am:
Still, it was a fun night out with friends. One that I did not regret going. 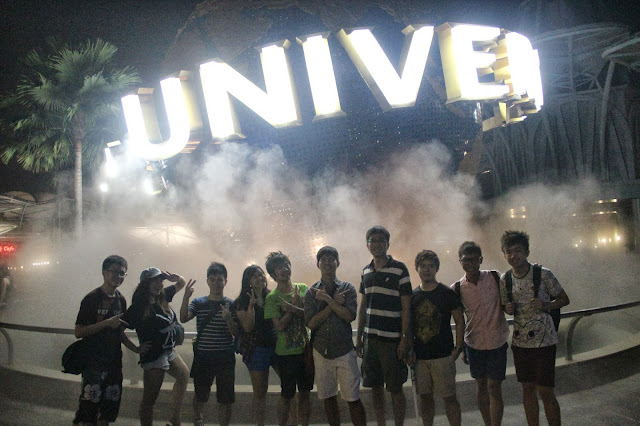 High chance that I will be returning next year. Hopefully with a pretty girl in tow.