So I was walking happily in the MRT station today when suddenly a pretty girl approached me. There's only one reason in my life where pretty girls would actually want to approach me, and sure enough, she was holding that kind of presentation boards that are normally used by sales people.

She explained with a smile that she was not trying to sell me anything, that she was from Republic Polytechnic, that they are doing a campaign for charity and requested me for a donation. Sure, why not, I thought, and proceeded to whip out 2 dollars from my pocket.

When she saw that, she immediately stopped me and said that the minimum amount to donate was 10 dollars and that their campaign is special in a way that when I donate 10 dollars, I'll get a voucher/coupon to use at a particular shop. Thank the heavens that my wallet only contained 2 bucks at that point in time, or else I would have donated because nerds like me go bananas when cute girls talk to us. I tried to politely explain to her and when she heard that, she just said thanks and tapped my hands before leaving. 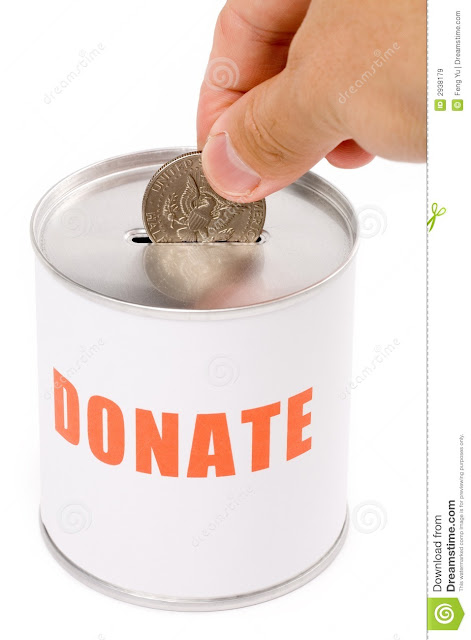 I got pretty suspicious after I got back though, once the initial happiness of being approached by a girl has cleared, because as far as I remember from my days of flagging back in NUS, our senior said that we need a license to be able to collect donation from public and that we can never ever collect from inside MRT stations. Not only that, the fact that there's a minimum required amount to donate sounds suspicious too, because when it comes to charity, we are entitled to donate any amount that we want.

So I asked dear ol' Mr Google for answers and it turns out that people who ask you to donate for a minimum amount may be scammers, as there's a high chance they are not volunteers and are recruited specifically for this purpose. Even if they are giving back to charity, it's only a small percentage and not the entire amount, which is why they need a minimum amount of donation.

So what do you do when people pester you for a minimum amount of donation? You could ask to see their license as proof that they are allowed to collect donations. If I'm not mistaken, the license should state the exact date and time they are allowed to collect, followed by the organization they are representing and the organizations they are donating to. And if you want to be absolutely sure, you can ask if they have tax exempt forms if you're donating above 50 SGD (a legitimate organization should have) or you could ask to take a photo of their license if you suspect anything.

And if you have the balls to do it, call the police or the management of the place they're operating in. If they're really scammers, you should see them fleeing soon enough.

I have no idea of legitimate this thing is, some are saying that it is better than none because some of the money do go back to the charities and it's a faster way too, but I feel that we shouldn't be pressured to do our part especially when I cannot afford to pay my own bills. And furthermore, I was hounded three times already in one month for this type of donation. Should I pay every time, I'm afraid I'll be surviving on bread soon enough.