My Friend, My Classmate, Everything That I Have Once Loved: Alternate Ending

I figured now would be a high time to rant about That Girl In Pinafore's (我的朋友，我的同學，我愛過的一切) ending since this movie will be finally coming down this week and now that I have watched the movie two times already. Don't say that I didn't warn you though, since this is a ranting about the ending about the movie, it's definitely spoilers rich. So you can give this post a miss if you're still planning to catch the movie.

Anyways, in to the main topic. Watching the movie the second time confirmed my suspicion. That Jiaming, the main character of the movie, is basically a bastard. Despite all the selfless acts that he did for May in the movie, the truth remains that he is the one who indirectly caused May's death. Not only that, he also did not make the effort to amend the result of his actions 18 years into the future. Let me elaborate more on why I think he is a bastard, and therefore doesn't deserve my like.

1. He killed the girl of his dreams. As much love as he had for May, he had a hand in causing her death, which was why the slap by May's mother was a well deserved one. But then again, I could overlook this fact because shit happens, maybe he did use a condom or protection and they're lovers after all so it is not fair fo me to impose my values on him. Besides, he just simply didn't know at that time so I can forgive him. What he did after that, however, was selfish and didn't really convince me.

2. He named his daughter May. I understand if you have moved on and found another love in your life, looking at you married, but naming your daughter May? That's just low, dude. No matter how much feeling you had for May, you have married another woman who is not May and together with her you had a daughter who is also not May in every single way possible. Naming your daughter after someone whom you loved so much in the past is unfair to your daughter, your wife and May herself because essentially you're trying to hold on to a memory by imposing another individual's identity unto someone who is completely different. Your daughter share no similarities nor links with May and naming her so will just make you want to treat her in a way you wanted to treat may, which is stupid because she's just not May. At least in the dead-first-love way that you want to.

3. He didn't admit that he's Rachel's father. Seriously? You wanted a daughter to remind you of May and yet you just allowed yourself to remain an uncle to your own daughter? Rachel is the closest thing that you have to May (as she inherited her genes) and the least you can do to give the whole thing a closure is to admit to your past actions and to take responsibility for the present. I understand that perhaps you wanted to keep quiet was because you don't want to mess up your current family or ruin what you have now, but the least you can do is to admit to Rachel the truth. It gives her a peace of mind and it gives you closure too. And by telling Rachel the truth can you give something back that you have never been able to give to May. Sort of like to atone for your actions. But keeping quiet and acting like nothing's happened? That's low man

But of course, these reasoning are made under the assumption that it was he who impregnated May, which is the most likely possibility even though it is not really explicitly mentioned in the movie judging from May's mother's reaction and May's "surprise" for him. If you ask me, I disliked the ending the instant Rachel called Jiaming "uncle" and if you ask me, this would have been the ending that I would have went for instead, without deviating too much from the current ending. 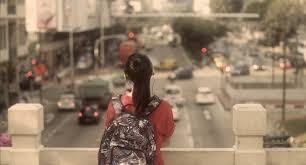 As they sat in the cafe, Rachel finally unveiled the answer to the question that Jiaming has been wondering all these years, that May actually died while giving birth to her. The pieces of the puzzles have all finally fell in place, May's last call about a "surprise" and her mum's outburst during her funeral. Everything have finally begun to make sense and Jiaming cannot help but feel a lump forming in his throat. Perhaps this is the chance to do something that he never had the chance to do to May before.

"Rachel, if you must know, I am your father (sounds like Star Wars, but then again, I'm Luke). It was me who went to the US to visit your mother one summer break. It has been so long since we last met each other and it was like a honeymoon to us. We visited so many places, had so much memories together, but I never expected that... I never could have guessed that..."

And at that moment, Jiaming broke down. All those years wondering what went wrong, having this question that kept him from moving on, all of them came crashing down that day. At long last, he found the answer. And he knew what he had to do.

That night, he had a long discussion with his wife. His wife had always known about May, it was Jiaming's undying love to May that made her fell for him when they were having heart to heart talk session during their undergraduate orientation and she was happy that he can now finally find closure in one of the most painful chapters in his life. She told him that no matter he choose to do, he will have her full support all the way.

The next day, Jiaming had one long discussion with Rachel. He told her everything that he remembered about her mum. The bump at the airport, stumbling across her on the piano playing one of his songs, helping her in the singing competition, all the way to best holiday that he had with her in the states. Rachel listened attentively throughout the period Jiaming was recounting, occasionally asking questions about the mum that she never knew like the artists that she loved the most and Jiaming couldn't help but noticed how similarly they looked.

At the end of the day, Jiaming passed Rachel the box containing all the memorabilia that he kept from his relationship with May. Rachel thanked Jiaming for doing that and asked him if he's able to hear her sing the next night at Clarke Quay. He replied that he wouldn't miss it for anything in the world. As he watched her leave with her guitar bag slung over her shoulder and the box containing all his memories with May in the other hand, he can't help but wonder if this was indeed the closure that he has been looking for. But he knew at least that a part of May still lives in Rachel, and he's thankful for that more than anything else. He may have missed his chance with May, but he knew he could still do something for Rachel to atone for the past actions that he have made. He is damned sure of that.

Before he left, he took out his phone and dialed five numbers, Xiaopang, Chaogen, Huaban, Hayley and Jayley. It has been a while since they last hung out as a group of friends, the last time was during Xiaopang and Liyana's wedding. He was sure that they would want to hear about what he found out too. 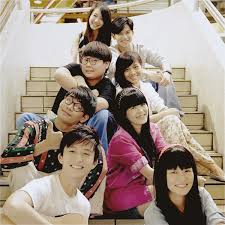 And that, my friends, is how I would have want the ending to be like.