I watched Kara King because I wanted to support Namewee. I have always admired his guts for stepping up for his dreams despite the constant obstacles that were thrown to him, not forgetting his talents at producing great music and music videos too. Which was why I took the trouble to go to JB all the way from Singapore just to watch his movie, because he said in his Tokok video that the decision on whether to screen his movie overseas will depend on the film's performance in Malaysia.

Being Namewee's fan since the start of his early days in Youtube, I wanted him to succeed and to achieve his dream. So I traveled to watch the movie. And I caught two of my friends to accompany me. But after watching the movie, my first reaction was... 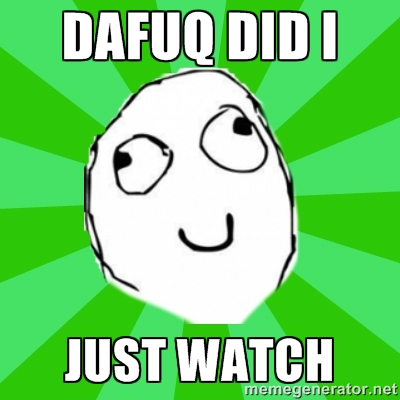 Kara King had every reason to succeed. It had the potential to even be one of the best movie in Southeast Asia. From its star studded cast to the unique backstory, I expected that the movie would at least be decent to watch. It had no reason not to. But somehow, I didn't find myself enjoying even a bit of the movie from the start until finish. The good moments in the movie were far and few between and I had to actually think hard to come up with positive features of the movie.

If you ask me, I would say that Kara King was one the worst movies that I've watched this since May, one that really left me confused throughout the movie. To be honest, Namewee's haters don't even need to worry about banning Namewee's film or anything to prevent him from reaching out to people because with this type of direction, it would die a natural death sooner or later. I know this is really a scathing remark, but I am just plain disappointed with what I've seen when I know Namewee can do so much. I just think that perhaps directing commercial movies may not just be his strength. Now let me explain why I didn't like the movie. 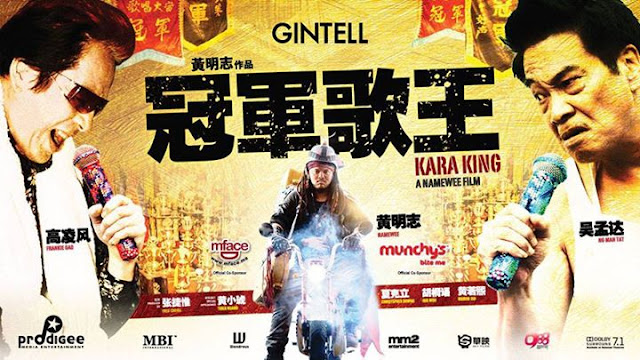 1. How Namewee over exaggerated everything in the movie
From the talking to the singing to the gestures in the movie, I can't help but feel that everything was over exaggerated to the point where it is not funny anymore. It's like the actors were specifically instructed to just act stupid and be crazy, for example how the ang moh screamed sugoi or when the KKPR was high on drugs, and the acting just ended up being awkward to watch instead of being funny. The closest analogy that I could think of is like watching Steven Lim making a fool out of himself in his videos and while humour sometimes requires you to make a fool out of yourself, it doesn't mean that you have to be a complete idiot to that. In one sentence, the humour throughout the movie was childish, unrefined, slapstick and brainless. Sort of like those fart type kind of humour. 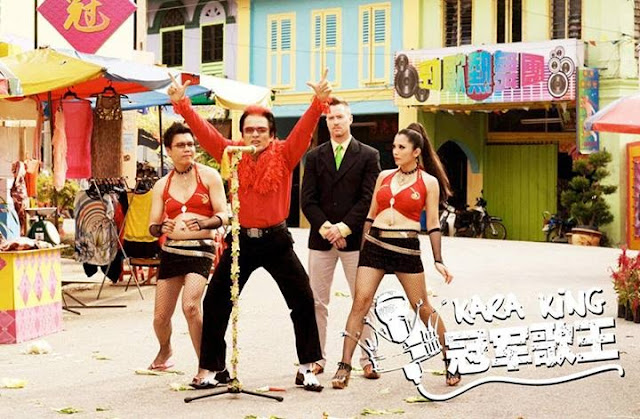 2. Steven Lim
The Girl in Pinafore did it just nice by including Steven Lim as a cameo. But when you have him as a supporting cast, that's just a plain no-no. Added with the fact that the rest of the cast are already acting like idiots, it just made the movie worse. Like I said, most parts were awkward to watch and if I wanted to watch Steven Lim make a fool out of himself, I could have went Youtube and watch. One or two scenes is fine but peppering him throughout the movie? That's just a little too much

3. Who's that girl?
I have no idea why Namewee included a creepy girl in blue to follow him throughout the movie, perhaps it's to convey some sort of meaning or to symbolic something, but when there's no explanation or whatsoever given (maybe I'm just slow), it'll just end up confusing your audience at the end. I thought she was supposed to represent his mum or his conscience or something, but at the end when she's just shown to be a cut out board figure, it just got worse 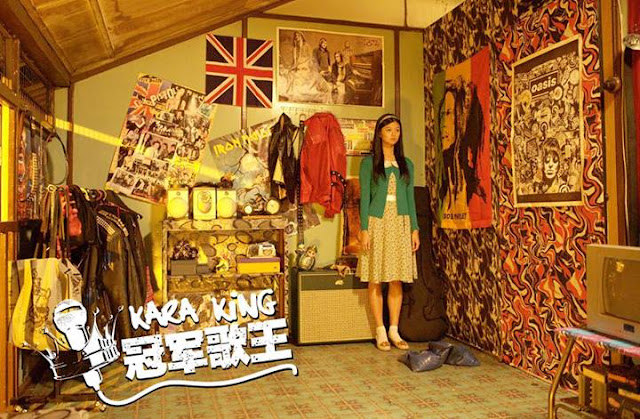 4. Trying to do too much in too little time
One thing about Namewee is his ambition. Whenever he makes a movie, I have a feeling that he is trying to accomplish too many things at one go. Trying to poke fun at politics, trying to make the movie a musical, trying to highlight the story of too many characters at the same time, trying to be a racially inclusive as possible (by having tons of languages) and the list goes on, but when you try to do too many stuff at the same time in a movie, it will just end up being a mess. I felt that if Namewee could have just focused more on a particular aspect in the movie, it would have been much better. I mean there's a lot of  moments in the film where you're wondering if there's a need to include the things in the first place, like the female monks for example? Really? 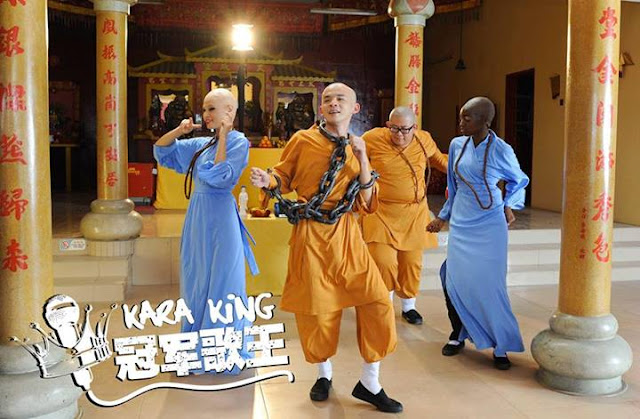 In the end, I felt that the movie is exactly like who Namewee's character in the movie. He claims that the world doesn't understand him and his "style" but the truth is he's the one who's pushing everyone away and not listening to what others think. It's a waste though, given the amount of potential that he had in this movie. The cinematography was great, the acting from the cast was superb, some of the music was awesome, but because of Namewee's direction, the whole movie just came crumbling down in the end.

I think after this experience, I would really think twice before watching another Namewee film again.


Most of the pictures in this post came from: http://joshuaongys.com/