I've been complaining. Non stop. About my job, about the current state of life I'm in and how everyone else seems to be doing better than me. Everything. 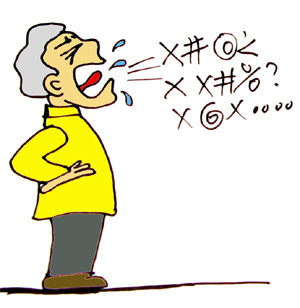 If you have played the board game 'The Game of Life' before, it almost feels that my situation currently being was as if being dealt a very bad hand in the game as compared to the other players. Everywhere I look, it would seem that my pay, my job prospects and my life pales in comparison with others. Not forgetting the shadow of the loan that is constantly looming over me.

Somehow I realized that what I expected after graduation is completely differently from the reality that I'm facing. I grew disillusioned. I wanted to just give in to the temptations of pessimism. To just give up what I have always wanted when I was a student, to just let the current of life carry me away. To stop dreaming, in a sense.

It's funny how inspiration can hit you on the most amusing times, like during the heavy rain this morning. As I waited under the rain at the bus stop reading the story of the success of the latest movie "The Girl in Pinafore" and how the young stars are now basking in success, I wondered why life is sometimes so unfair. While some of them were at the same age as me, we're at so different stages in life. They're already so high up and I'm still so low below, just barely making enough to live by. And that's when it hit me. Not the bus, mind you.

I realized that while it's true that my starting point may not have been as good as some of my peers, it doesn't necessarily that I would end up worse than them. A bad start doesn't necessarily equal a bad end. It's how you make the most of the process that counts. To put it in a gamer's perspective, the current situation where I am now is like playing Sim City on difficult mode. Though I may have the least money to start my city, in the hands of a skilled player, it can be an amazing city nonetheless.

Just like in game, I'm merely starting on hard difficulty. 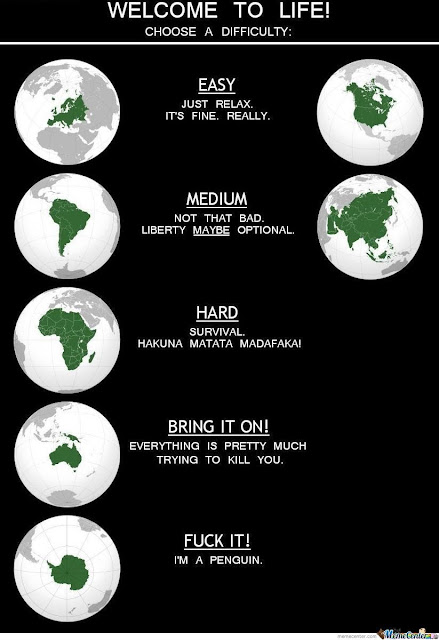 So yeah, I'm changing my mind set. Instead of just throwing everything to the wind and giving up on everything, I am still going to fight. I am still gonna reach for the star that I have always wanted to grab. Because I still have such a long way in front of me. And if I play it with enough skill, perhaps I might just end up better than what I thought I will end up with in the first place.

Provided that a bus won't bang me halfway through the game. Cause I heard there's no respawn here.