When Norms Bite The Dust, A Review of "I" by Low Kay Hwa

Reading the latest novel by Low Kay Hwa about a bomb on the MRT while riding the MRT may not have been the brightest idea of all. Set in the current day Singapore, "I", tells the story of how Singapore came under "attack", offering a dark perspective into our human psyche when social control breaks down and how far would a human go in order to survive. 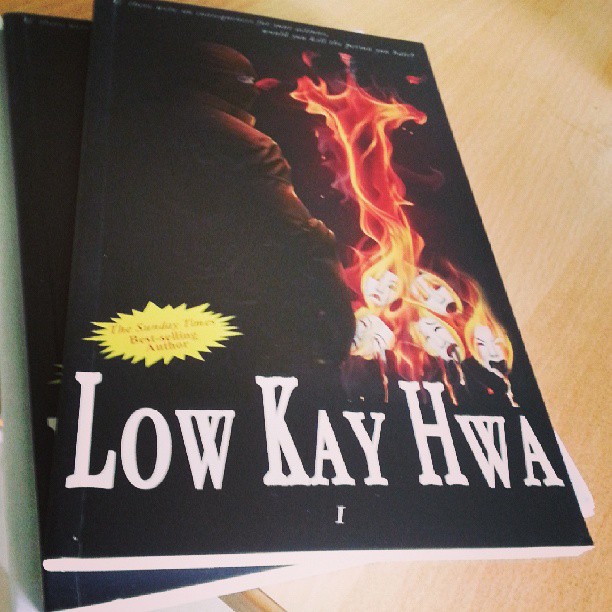 The book itself is an interesting read. The main thrust of the book centers on the arguments put forth by Freud in regards to our id, ego and superego, which in short our inner desires versus what's right, and in the book's eyes, or at least in the main characters mind, once you peel off the social norm, law and control that binds us, we would all revert to our default beastly nature. To rape, kill and survive.

As someone who studied psychology before, I must say that Kay Hwa has done intensive studies into Freud's theories to be able to come up with such an in depth discussion of human nature. Throughout the book, I felt more like reading a social commentary rather than merely a story. It's a very dark picture though painted by Kay Hwa in the book, about how we all would go berserk when society around us crumbles, about how everyone would go all out to protect themselves and what not.

I liked how Kay Hwa doesn't attempt to sugar coat his arguments throughout the book from the perspective of the main characters and through the stories of several other characters too. Reading the book was like watching Christopher Nolan's The Dark Knight again where Joker attempts to wreak havoc in Gotham City in his attempts to prove his point, except this time the havoc was unfolding in Singapore with people trying to get out through Tuas and Woodlands. If you're looking for a depiction of Singapore in a chaotic state, this book is the closest that you can find.

Social commentary aside, I still think Freud is wrong and that we humans are not as evil as he may have suggested, in fact as opposed to Freud, I think that we humans are inherently good, but that argument is for another day and not relevant to the review of the book.

Apart from the themes explored by the book, I also liked how Kay Hwa once again adds in a surprising twist near the end of the story that would blow off your mind. I liked how the id, ego and superego (if you don't know these three terms you're welcomed to drop a comment and I would attempt to explain it as I'm lazy to do it now) is artistically portrayed through the eyes of three characters and Kay Hwa did a wonderful job in bringing all three of them to life.

With that being said though, I didn't really liked the ending in particular. While the story has been an intense build up from the start and the twist added a surprising turn to events, the ending itself felt a bit abrupt and inconclusive to me. My first reaction after reading the final chapter was, "So that's it?". It's like having a grand argument brought to you only to have it gasp, wither and die. I can't really comment about it without going into details so here's a spoiler alert.

I felt that Bryan/Iago's death was put there just to end off the story in the most neutral way possible. To kill him off before the story goes way too out of hand. Sort of like a neutral way to end it. Like Freud's theory, the ending sounded much like the Ego and like the Ego, it's not really interesting.

I felt that the book could have went all out to portray a society destroyed, proving that Iago is right all along, the ID ending, or it could somehow show that despite all the odds and what Iago thinks, society stuck together and proved him wrong (like how the two ships did not kill each other in the Dark Knight), thus the SUPEREGO ending. I would have liked any of these two endings way much more and the current ending is just meh.

With that being said though, I still think that the book is and interesting read. As compared to Kay Hwa's earlier books, I think this is the darkest of yet but on the same time offers a much more realistic look to society and operates on a much larger scale. A good read I would say, and it is now available at most local bookstores at only 18.90 SGD.

On a happier note, I actually have 2 of the books to be given away! If you're looking to have a good action packed novel centered on Singapore, just simply tweet to me at @dori_lukey on what you would do should society breaks down (either because of a zombie invasion or because of a psychopath) and I'll send you the books! Actually book, if there's two tweets, or a page, if there's more than two people. Just kidding, I'll have a random draw if there's more than two. Will be closing the giveaway on 24th July!