The Five People You Meet In Heaven, but what is heaven exactly?

In less than 100 pages, Mitch Albom's "The Five People You Meet In Heaven" is an enjoyable read. I loved how he stitched the different stories together, how the book seems to tell you that everything happens for a reason and even though your life may seem bleak now, God put you there for a reason. And I loved how he told the story from the eyes of different people, finally putting them together in one beautiful giant picture. 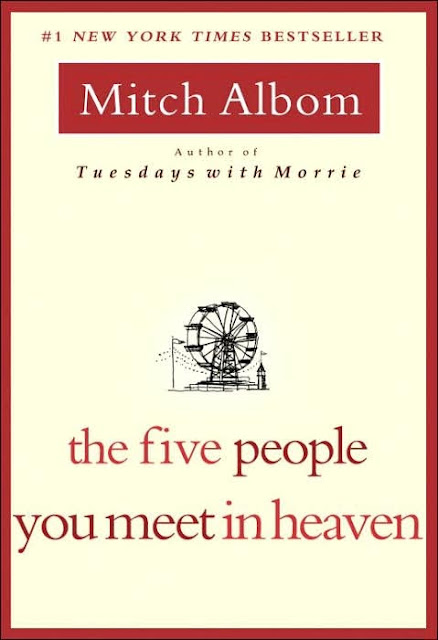 However, while the book made me feel good in general, I cannot help but feel that the book's view of heaven is too simplistic in nature, almost like a Disney fairy tale, with happily ever after endings. I mean a personalized heaven? That's way more than awesome.

Now I understand that the book is more of a feel good story than an in depth discussion about what's heaven like, I can't help but feel that the heaven that Mitch Albom offered would not be the real heaven, if it exists, in reality. If you read the book, you'll probably know of the ending. What if Eddie actually went to heaven and found that his wife didn't love him all along? What if he's version of heaven, which is supposed to be filled with her, is not her version of heaven? I can't imagine the horror of going to heaven, expecting to spend the rest of the day with your loved one only to find out that he/she has never loved you before. But that's not the thing that I want to talk about today. Instead, I want to go one step beyond what Albom did, I will try to discuss what heaven's all about. 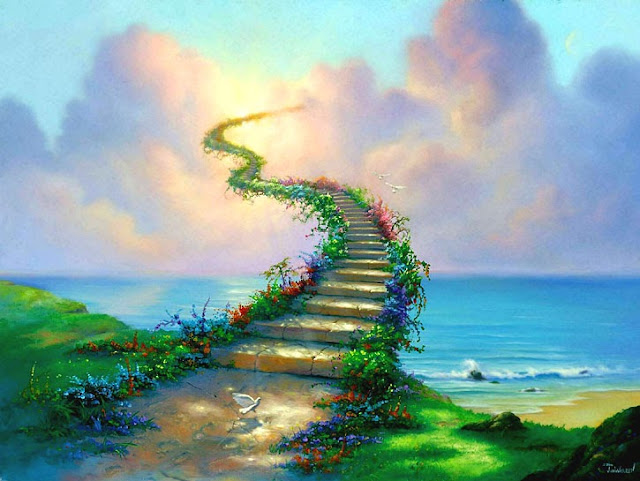 The idea of heaven, of a life after death, has fascinated men and thinkers for centuries. The idea that we still lived on even after our hearts fail and our brain neurons stop firing, that our lifetime on earth is not the only thing, is an endearing one. I don't know about you guys, but knowing that there's a heaven after earth sort of gives me something to look forward to.

I know how some would debate that heaven is only an illusory pill used to keep people in order (do good and you'll go to heaven) or to give them a purpose in life, a pill for the weak and that a truly enlightened man do not need that pill to do good in this lifetime but try as I might, I can't find myself to accept the fact that everything just stops after the last neuron in my brain fires. To be honest, I cannot even begin to fathom it. There would be no emptiness, no sensation, nothing. When you close your eyes, you are forever extinguished from existence, you cease to exist, there would be nothing for you to feel, not even emptiness or a pitch black void because you are not there anymore to feel nor to think. And that's a scary thought indeed.

Even with our world, when you burn an object away, although on surface it may seem that the object has been extinguished, cease to exist, the object sort of "lives" on through the energy generated. In chemistry, they call it the energy cycle, that the energy is continuously reproduced in different form although on the appearance it seems to vanish, that the cycle never breaks, so why should it be any different from life itself? Why can't our consciousness live on, instead of ceasing to be? 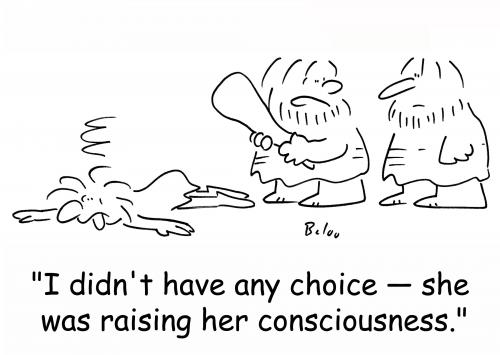 Okay, maybe using the energy cycle wasn't exactly the best comparison but somehow I feel that we cannot just dismiss an idea just because we cannot prove that it exists.

In my opinion, how we humans arrive at the idea of an afterlife itself should lend weight to the entire argument for an afterlife itself. I mean, isn't it amazing how the idea of heaven and hell, an afterlife, evolved in us without much thinking and deliberation? I know how evolutionary scientists would say that people who believed in heaven probably lived longer and thus were able to pass the idea down but I can't help but to imagine myself as one of the earliest thinkers who actually gave birth to this idea, and how it really came about because honestly, you cannot really think or discover something unless it is a universal truth right?

We discovered and invented the laws of physics, maths, chemistry and biology, gave name to their equations and studied how they worked because they were always there, affecting how our life worked since our earliest ancestors, despite them not knowing it because they were the universal truths. Only later in our civilization did we began to notice them and actually gave a name to the various processes even though they have been there since the beginning of mankind.

The process that makes things fall, oh yeah, there's actually a force pulling it! Or why do species across different places share this common trait, why do some perish and some don't? Maybe it's evolution!

Perhaps why we always had this idea of an afterlife, that there is a heaven an earth, is because this idea is hardwired in us, it's an inbuilt trait that comes with the package of being a human. Because out of all our traits, I would argue that our belief in an afterlife is what sets us apart from the animals. After all, animals have been shown to share our capabilities to love and even think, but so far there are no evidence to suggest that they might believe in an afterlife too. So why does humans have one?

Of course what I am mostly arguing about here are speculations, what-ifs at best. Because to debate on the existence of an afterlife is a never ending discussion. Nothing can really be proved nor disproved. I myself personally prefer believing in heaven because that's where I imagine all my life's questions to be answered.

Why am I such an introvert? Why did you not make me like Joe who's smart, popular and rich? Why are there racists and bigots created? Why 2 genders, not 3 or 4, so that way we have more choices? What is the Bermuda triangles anyway? Are there really life beyond our solar system? Does different dimensions exist then? Can I revisit my past?

As you can see, the heaven that I believe in is similar to Albom's in some way. In essence, I expect all my questions to be answered when I reach there, to give a final closure to this thing they call life on earth and why my life turned out the way it did. I expect the sadness, the void that I am constantly feeling in my life, that something's missing or just not right to be fixed and that by the end of my journey, I will let out a big "Ah, I finally get it!" sentence. Of course, that's a very Christian like version of heaven (cause I am raised a Christian) but life after death is something that I am very eager to see out of so many things in life.

It's weird, I know, but somehow I have this feeling that when we die, we will be released from all the limitations that binds us here on earth and that we will become superheroes of some sort, attaining enlightenment as one might say and that life will be all happy with no negative feelings. Naive thinking, that I would admit, but somehow, it gives me hope. It gives me something to look forward to, the day when I finally leave the earth and find out what truly lies beyond our death. Perhaps, like Albom said, our end is only another beginning.

That is, if I don't end up in hell first.