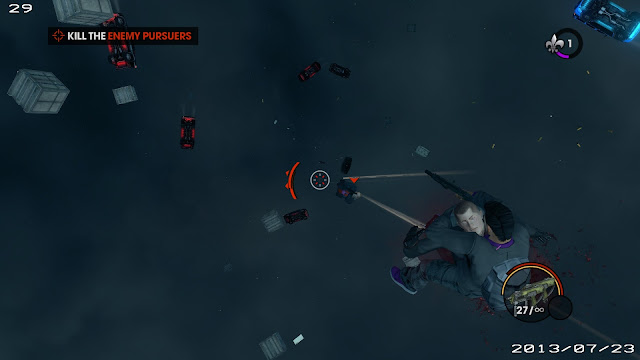 Sadistic game show where you have to literally kill people while avoiding death traps to gain money? 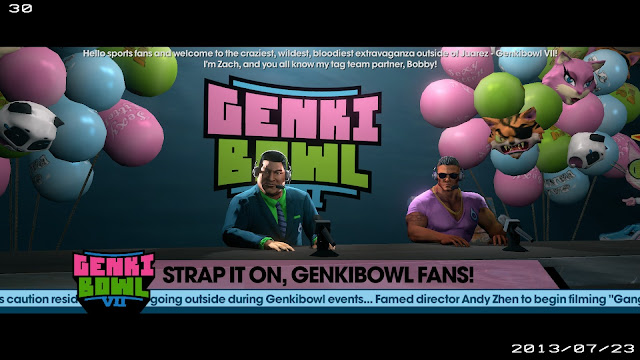 Scantily clad alien princess who's happy to see you (she's an actress actually, but who cares)? 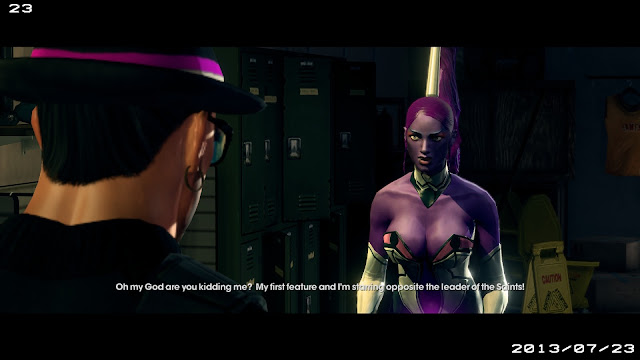 Weapons with ridiculous abilities, like a bazooka that shoots out mind controlling octopuses? 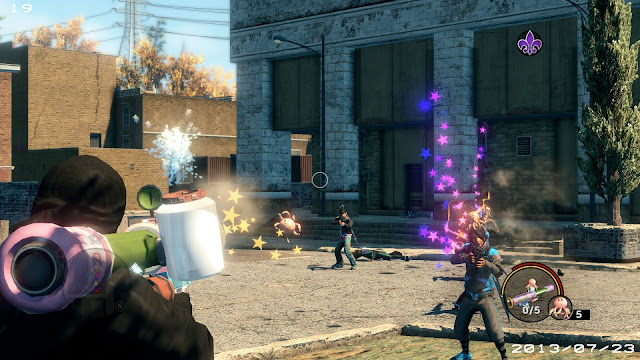 Driving a giant yarn around town while killing people with it? 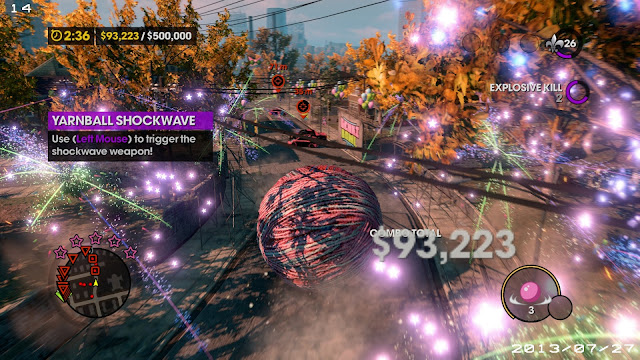 Classic GTA style tank mayhem where you blast everything to oblivion? 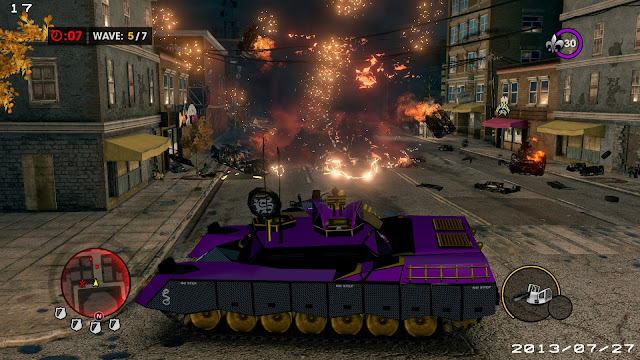 You got that too.

And last but not least, you also have the ability to dress up as a drag queen, if you're up to it. 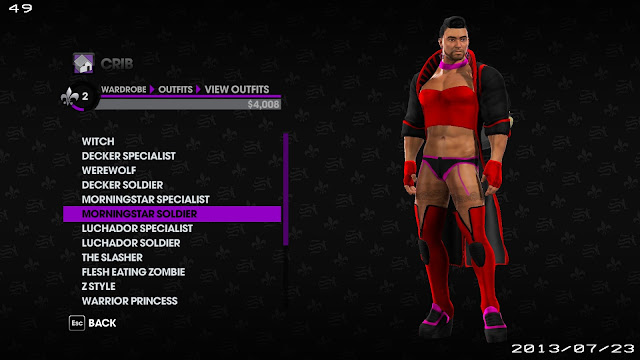 When it comes to Saints Row the Third, there's almost endless stuff that you can do in the game. While the game has the classic features of a GTA game, such as open exploration themed around the underworld and gangs (I still somehow feel that it ripped GTA's gameplay off), it's it sheer absurdity in various aspects that make it enjoyable.

I've clocked 23 hours of gameplay so far in Saints Row 3, exploring the vast world of Steelport while mowing people down without any care of consequences, and I must I do enjoy the game itself as well as the storyline. Not many games can keep me entertained for so long, and even after 23 hours of playing, I'm still not pass the halfway point of the game yet. Although I must admit that my game came with of the downloadable contents as I bought it during the Steam Summer Sale.

With that being said though, some elements of the game do get quite repetitive, such as the city takeover missions where you have to finish a category of similar quests such as protecting a car with different difficulties, and it's not really worth playing as a guy in the game because your option of clothes is way limited. While a girl can look cool in suits and tuxedos, a guy in bra is just plain weird.

Which is why I went for a sex change halfway through the game and end up with a much better looking girl.

Besides, much of the gameplay is better enjoyed with a girl character than a guy, for example a mission where you're supposed to bare all naked to distract onlookers. Seriously? You need a leader to do that?

But long story short, looking at the male version of myself naked was just too gross, so to avoid myself from anymore suffering, I decided to make a female character instead. Much more tolerable like that. Besides, only with a female character can you end up with shots like this:

I know it's weird, but I'm totally falling for myself. I mean the character that I've created. Maybe it's because when we male gamers choose a female character, we model it after someone whom we would want to be together with, our ideal girlfriend expectations, whereas we just see a reflection of ourselves when we're playing the male character.

If only... But then again, gaming is just another form of escapism.

On a separate note, if you're looking for microwaves or replacement parts, you can look at http://www.ereplacementparts.com/amana-microwave-parts-c-203762_203764.html. I know it's totally random, but that's in the spirit of the Saints. Wonder if they'll have a microwave weapon in Saints 4?