If you're a fan of anime, robots, big monsters or you just love action in particular, you must watch Pacific Rim. I repeat, you MUST. I don't care what other people say about the movie but for me it's everything done right. Maybe it's due to the fact that it's the one and only movie in this genre so there's no comparison to judge the quality of the movie but at least to me, I was practically having goosebumps throughout the movie. 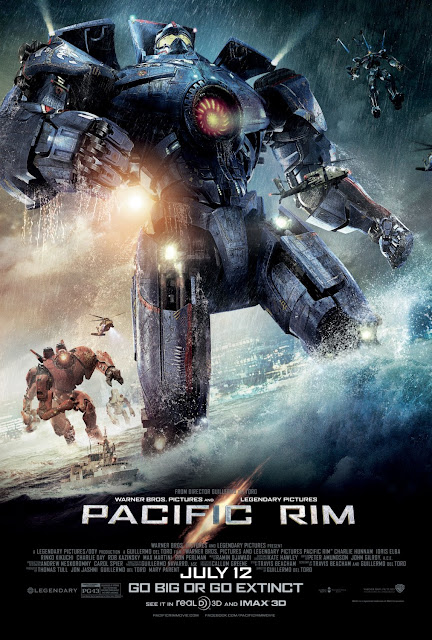 You know how some Hollywood apocalyptic movies tend to be overly focused on the United States in particular, or how they may drag the opening sequence, get too overly involved in the main characters but leaving the side characters out or even have the white messiah storyline sometimes? Well Pacific Rim is none of these. In fact, I feel that I'm watching more of a live action anime rather than a Hollywood film to be honest.

In essence, I love the broad focus of the movie in particular without leaving the important details behind. The movie wastes no time in laying down the setting and going into the main thrust of the movie, the closing days of the Kaiju War (kaiju refers to the monsters in the film, btw).

Other than that, I also loved how the movie did not overly focus on one nation in particular, in fact the whole Jaeger (what they call the mechas in the movie) division was not nation based, and the premise of the storyline took place all around the world, while having Hong Kong as the main focus with a bit of Alaska and Sydney. Added with the fact that the actors are diverse, with a mix of different ethnicity among the workers in the Jaeger facility.

I think the diversity itself makes the movie more realistic, in that it does not overly emphasize the movie from the eyes of a single person, choosing instead to take a broader picture on the movie itself, with just enough limelight to give to each of the characters. I especially liked the part where they highlighted the story and also brief development of the two quirky scientists, the commanding officer and also the Australian pilots as it gives me someone else to ponder about besides the struggle of the main character alone.

And the idea of throwing in a female Japanese lead to the film? Brilliant. Their chemistry was perfect, not too much but not too little, and you can just feel their bond develop throughout the movie. The little girl that played Mako Mori during her flashback? It gave me the goosebumps watching her.

Granted, I would admit that the movie is not perfect in every sense. I agree with my friend Xian You that the rest of the other Jaeger pilots may not have been given enough screen time (I think the main reason is because they're planning a prequel, given how many Jaeger designs and specifications they have on the web) and some of the ideas in the movie isn't entirely new either.

For starters I think many anime fans would agree that the movie somehow closely resembles some of the premises of several animes, particularly Evangelion, and even the part where the scientist "glimpsed" into the mind of the Kaiju was taken from Independence Day (with the exact same words of how the aliens would harvest a world and leave) and how the ending scene reminded me of Tony Stark in the Avengers ending but then again, the film adds a unique ring to it. Besides, when you have so many films already in the market, it's hard not to have some overlaps. And it's done in such an eloquent manner that I didn't really notice it until after the movie ended.

But above all else, what I think I like the most about the movie is how it does not leave any loopholes or important details behind. You know how in some movies when not important characters die and after a while people just seem not to care about it without grief? Just when I thought they're gonna commit the same mistake the movie came out with an awesome line. And why there are two pilots instead of one? Taken care too. The only part that left me confused was the co-pilot test, but I think I missed on that because I did not understand the subtitles.

If you ask me, I would give the film a 9.9/10 rating. Maybe it's because I'm a sucker at genre like this but honestly, how would one not have nerdgasm watching the Jaegers fight the Kaijus. The storyline is awesome, the setting is awesome, the cast is awesome, everything is awesome. Definite must watch if giant robots turn you on. And I have to confess, I might just be the latest fan for Rinko Kikuchi. 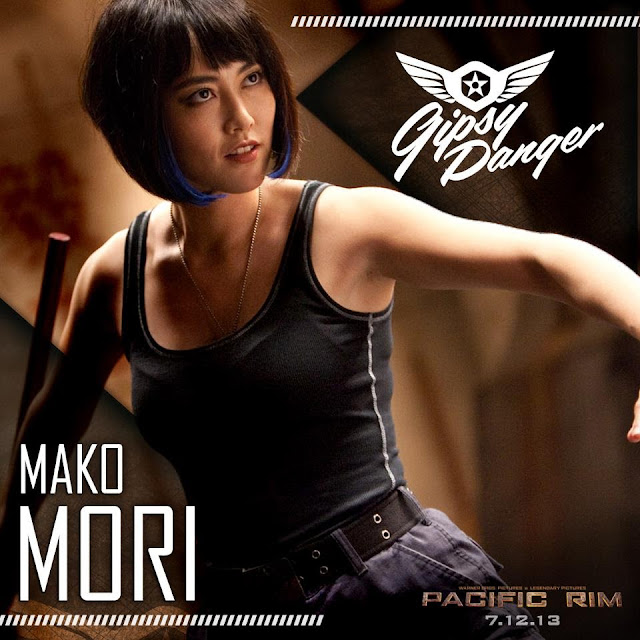 They better be planning the prequels now to be honest. Or a series. Or a anime. Anything.