The Types of People You'll Find In a Hello Kitty Madness

Watching the entire McDonald's Hello Kitty saga unfold has been interesting, to say the least. Hundreds, if not thousands, of people madly scrambling to line up for the limited Hello Kitty dolls being given out by McDonald's (it somehow resembled the queue for Apple products), like it's the ticket take will take you off a self-destructing Earth.

If I'm allowed to make a comment, I would suspect that Singaporeans have this innate attraction to queues, just like how insects are attracted to lights. Wherever a queue forms, you can be sure that Singaporeans would naturally be attracted to it. Which makes it an excellent marketing strategy, my friend used to joke. Just hire people to queue in front of your shop and you can be sure to have business soon enough.

Of course, those are not the only type of people you'll see in this whole saga. From my observations, you can spot a few type of people from the entire incident itself and they are:

The majority of the people.

Those who queue up just because everyone is queuing up. The typical kiasu type, they hate the idea of losing out, or being not part of the crowd, so they join in the craze simply because everyone is doing so. Perhaps they are waiting for the chance to show off in Facebook saying that they have the doll and that by owning the doll it would help to raise their social status a little bit. The urge to fit in is so great that it pushes them to do a lot of stupid stuff, like threatening the staff at McDonald's and even calling the police just because they cannot get the doll.

Okay, those are stereotypes and not all who queued up for the doll are like that, but I honestly could not understand what would drive people to queue up for a doll that has been here for so long with so many different replicas other than the need to conform and fit in.

These are also the people who are idiotic enough to place bid for the dolls at a crazily inflated price in eBay just so they can own the dolls. They are the ones the opportunists target for their money while are hated by the resistance for their stupidity. 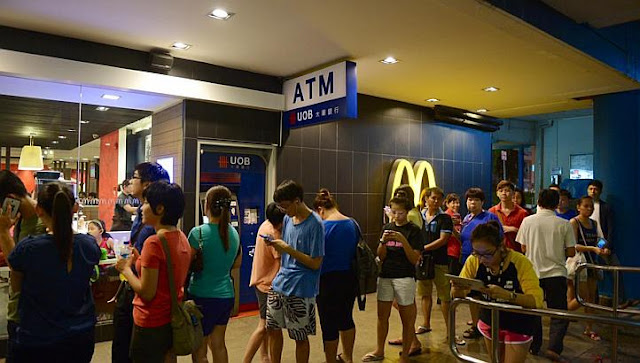 The opportunists are those who know that when there's a lot of people queuing up for a certain product, there's bound to be an increase in demand. And an increase in demand means that there will be money to be made. Hated by both the resistance and the conformists. They are the people who sells the dolls for higher price in hopes of making a profit and they share some similar opinions with the resistance in thinking that the whole demand for Hello Kitty doll is stupid.

The people behind the eBay auction are examples of them, albeit a little too bold. 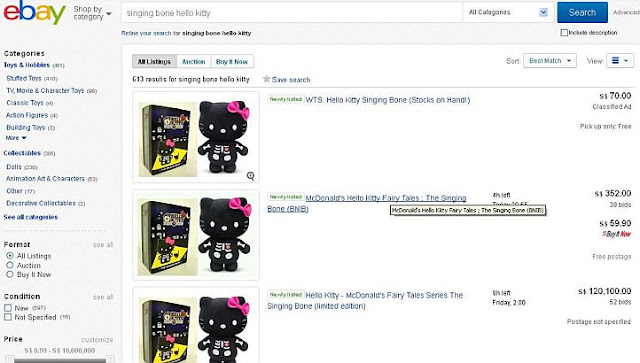 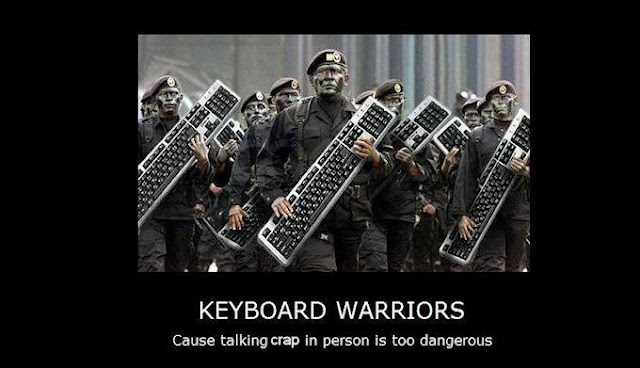 Perhaps the happiest of the bunch. Because ignorance is a bliss.

Who else? The owner of McDonald's that is. Along with human stupidity 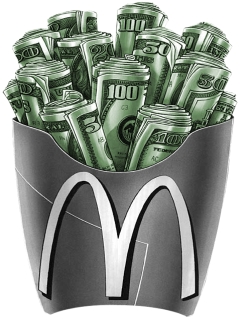 While the majority of the argument of the internet have criticized the whole incident and the people who participated in it, particularly those who made a ruckus, as stupid, I would say that maybe for every negative incident in regards to this out there, there might be more positive ones. Every one of us are seeking an escape in life, a break in routine and lining up for a doll is one. It is much cheaper than lining up for an iPhone and I've seen stories of friends who had a fun time together with their friends while in line for the doll. Perhaps the doll is just a mean for something else, like a fun time hanging out with friends or because we want to be part of something bigger, to break from our routine.

I think that this need to release and belong is innate in all of us and different countries have different ways to deal with it. In Malaysia for example, the energy is channeled into mammoth political rallies like the Black 505 and Bersih. It's just that in Singapore you have the Black Hello Kitty rally, which might sound less impressive, if you ask me.

So which group of individuals do you think you belong to in this incident?