About a week ago, Yahoo Entertainment Singapore unveiled the faces of the candidates vying for the title of Miss Universe Singapore this year. And a week after that, I came to know of this competition a friend shared it on Facebook, saying that he had a good laugh reading the comments section. Curious, I decided to take a look at the faces of potential Miss Universe Singapore this year, along with the comments.

From the looks of it, the contestants for this year's Miss Universe Singapore do not seem to have the support from Singaporeans themselves, judging from the comments received on the Yahoo page so far. From the downright rude comments to sarcastic ones, a lot of users are expressing doubt over the choice of girls for this year's pageants. Even the better ones seem to say that the girls might have a tough time fighting against representatives from other countries.

I've included some excerpts of the not-so-nice comments below:

Of course, there are good comments but they are too few and far between. I only managed to find one or two from the heaps of comments directed at the competition.

To be honest, from my personal perspective, while none of the girls are ugly or really below average in particular, I wouldn't say that they are necessarily eye catchers too. I know Miss Universe isn't exactly about looks but when guys like me hears about Miss Universe contestants, we expect to see a girl that would catch our attention when we pass by them in the public for example, or at least eye pleasing to look at. Just take Gal Gadot for example, who acted in Fast and Furious 6 and who is also an ex-Miss Universe contestant. 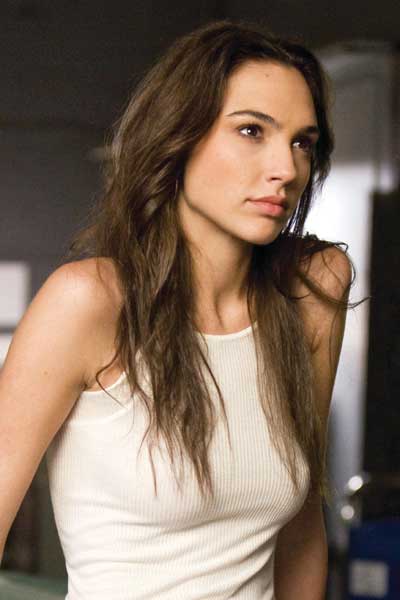 I mean if a girl like her walks past us guys in real life, we would be like "Wow" and stunned for at least a few seconds. It's like you have seen an angel walk past you or something like that. Of course I'm not saying that the girls chosen for Miss Universe Singapore are ugly or what, I'm seriously not, but it's just that when it comes to something as prestigious as Miss Universe, we would naturally expect more. It's like how you cannot send a skinny guy to a Mr Singapore competition. Naturally you would expect someone out of the ordinary, someone who is really muscular and bulky and not those average normal guy. The same applies to Miss Universe I guess.

Besides, it's not that I have not walked past Singaporean girls who are really pretty before. There are countless incidents where I remember finding myself rooted in one area because I've just walked pass a pretty girl either in NUS or in a shopping center before.

I do agree with some of the comments wondering whether the selection committee has really put any effort in to finding the prefect candidate to represent Singapore as the crème de la crème of Singaporean girls. I mean I didn't even hear about the selection until someone poked fun about it in Facebook, maybe I am too much of a frog under the coconut shell, but I can't help but wonder if the whole selection process has been done hastily just for the sake of doing it. No big publicity, campaigns, auditions or whatsoever, which might have been the reason why there's so much negative reaction towards the results announced in Yahoo News (and only Yahoo News). Because we didn't even got to know about the competition or the candidates in the first place. Budget constraints, perhaps?

But then again, going through the profiles of the candidates, some of them really have an impressive background and not to mention diverse interests too. From a relationship manager to a DeeJay to a trainee lawyer to a business executive and with interests such as Muay Thai, extreme sports and salsa, perhaps it's the personality that is the winning factor. I mean what's the good in having extremely good looks when your vocabulary is filled with words like, "Boomz", "Yah" and "Studying... Steel".

Okay, I'm being a bastard here, my English is not that good either, but that's what I roughly think about the entire reaction to the incident itself. I can be proven wrong, to be honest, because after all, those are just photos and we have never seen them in real life too. But out of curiosity, I decided to check out the their counterparts from across the causeway, Miss Universe Malaysia 2013.

I can't comment much because I'm kinda like in the middle, being a Malaysian living in Singapore at the same time, but I think the Malaysian side puts in a lot more effort in terms of their publicity and candidate search. A Google search for Miss Universe Malaysia 2013 returned a dedicated website for the competition for example (http://www.missuniversemalaysia.com.my/), while a similar search for Miss Universe Singapore 2013 only returned the Yahoo page (http://sg.entertainment.yahoo.com/photos/miss-universe-singapore-2013-finalists-slideshow/).

Miss Universe Singapore does have a Facebook page though at https://www.facebook.com/MissUniverseSingapore, where they have been answering concerns and questions in a professional manner, in addition to having much better photos, but at 964 likes (while a normal blog like mine has 354, a third out of that?), I can't help but wonder isn't that a bit too little? There have been a constant stream of updates on the page too, which often could translate to likes, thus not justifying the 964 likes alone. Maybe the page is new, I guess.

But then again, I am no expert to judge. I may talk like I know a lot but ultimately I'm just an outsider and a keyboard warrior. I admit that there has been a lot of effort put in to the Miss Universe Singapore Chapter judging from their Facebook posts and perhaps there's other factors that I'm not aware about. At the end of the day, I just find the reaction to the whole event interesting on itself. No event's perfect so I think it's pretty awesome already for the committee to have came out with so many activities so far.

Anyway, I can't help but wonder which country will win this year. Or which planet, in fact, since they call it Miss Universe (meaning every alien from outer space can take part) instead of Miss Earth or Miss Solar System or something.