There is always a lot of interesting stuff to write about Malaysian news. But sometimes the news are that stupid until that there is really no point in writing about them because all you end up doing in the whole post is writing about how our politicians and intellectuals cannot see the obvious, as anyone with common sense can understand reality better than what they're saying.

Take for example, the recent call by the Malay Consultative Council along with a few Malay "educationists" calling for a ban to the meritocracy policies in Malaysian education to address the issue of Chinese "supremacy" in the education system. Have you ever come across a statement so devoid of any sense of human intelligence that it's just easier to ignore it rather than to try and address it, because it's not going to make any difference anyway? This whole justice thing is one of them. 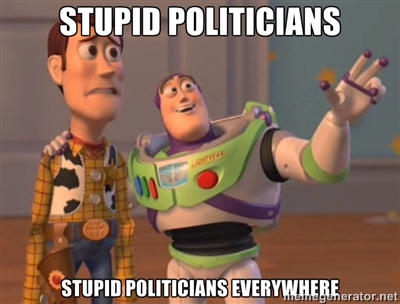 I have no idea how these "intellectuals" aim to achieve that "justice", but one does not even need a PhD to tell you that without the meritocracy system in place, you might as well do away with exams and grading system because there's just no reason for a student to keep improving themselves when they know that they will be getting the grades anyway because it is "allocated" to them. Why bother studying when I know I am already assured a place in the university and a degree when I graduate?

One does not need to tell you where that will head from there. Students will end up getting dumber as they are not putting effort in, because they are NOT required to put any effort in and in the end you have graduates coming out with negligible knowledge and skill and that leads to an overall decline in the quality of work in the entire country as the workforce is ill-prepared during their education period and we still wonder why Malaysia is gradually losing out in terms of economic power to its neighbours?

Sometimes you cannot help but wonder why on Earth do these people still think the way that they do and what do they hope to achieve. If getting As and getting ahead of the Chinese is all you want, just ask all the Malay students to sit at home and ask the education ministry to print out the examination certificates for you, with the number of As you want along with your subjects and stuff. Be the "top" student for all of us care. 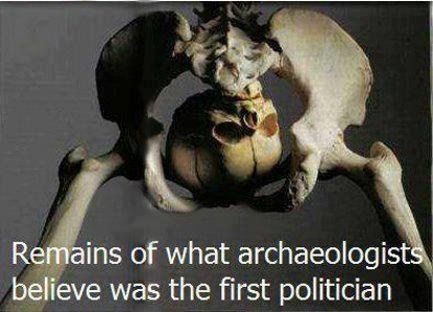 It's not to say that Malay students are not already having an edge over the rest of the non-Malay students. MARA institutes along with Matriculation Colleges (with a high percentage of Malay students quota) are there to ensure Malay students are able to enter university. The rest of the population have no short cuts or whatsoever and have to slog through whatever the government decides to throw at us. The only better alternatives are the Chinese independent schools and international schools.

To reply to the claim that there's a "Chinese supremacy" in the education system, even if it exist, have the so called Malay defenders ever thought about why the Chinese, in their eyes, are able to best out the Malays in an equal playing field? We go to the same school, have the same teachers and take the same exam so why in your eyes are the Chinese better? Is it because the Chinese is a better race than the Malays? That the Chinese is inherently smarter? Or is it because the system you created in order to protect the "Malays" have bred a generation of Malay students who are complacent and lazy because they know the government is going to take care of them?

Lets use a football match as an example, between a Chinese team and a Malay team. To give aid, or handicap bonus to Malay students is like saying to the Malay team, "Here, use this smaller goal post and here's 5 extra players for your team so you can have a better chance at winning against the Chinese" in the football match. It's unfair and by doing so you are indirectly admitting that the Malays cannot fight with the other races on a fair ground and must be given a "handicap bonus" or "justice" in your words, in order to win.

And somehow, these Malay defenders are so concerned about winning, looking good and protecting their ego rather than uplifting the entire population as a whole in a more practical way. Abolishing the meritocracy and giving away quotas is more like a cosmetic fix than a permanent solution. 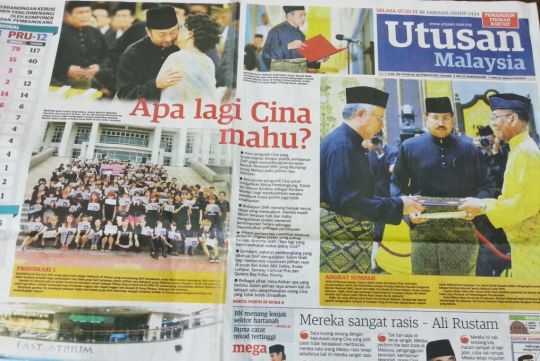 To be honest, I sincerely believe that racial supremacy is bullshit. Science has proven again and again that no matter how hard you try to compare, other than physical differences, there's no real differences in terms of capability and ability between the different races. Blacks have been shown to be able to perform in equal terms with the Whites in US given that all the other factors are the same and I believe that the same applies for the Chinese, Malays and Indians in Malaysia. Given that all else is equal, the Malays would be able to perform on par, if not better, than the Chinese.

Just look at the pre-independence period. How else were the Malay leaders able to negotiate with the British for our independence? How else were we able to lead a progressive economy in the early years of our independence? It's the system, not the colour of our skin that, that caused such an imbalance, when in actual sense, we are no different from each other. 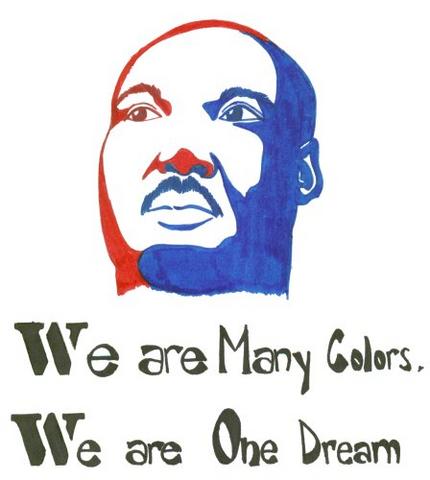 Perhaps it's time to stop looking at Malaysia from racial tinted glasses. Perhaps it's time to do away with everything that segregates us, the Chinese independent schools, the matriculation colleges and racial classification and to focus on what truly matters, making Malaysia the tiger it once was, not a jungle filled with ranting monkeys.

But then again, I suspect that it is only easy to say and I cannot help but worry that our system is already corroded to a point of no return and the only way to fix it is through brave and radical measures. Which is nearly impossible, given how broken our entire society has become. I wonder if there is still hope?