i am now a dragon slayer!

Friend: So have you been looking for a job, now that you've graduated?
Me: Sort of. I'm interning as a dragon slayer right now. 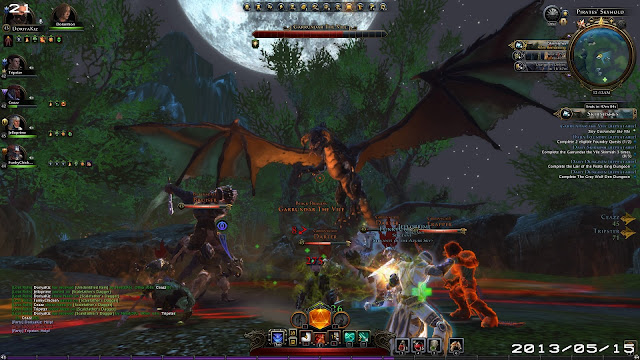 Which is quite true actually, as I have been playing one of the latest MMORPG available, Neverwinter. If you're a seasoned gamer, I am sure you would have heard of titles such as Neverwinter Nights or Dungeons and Dragons before. Neverwinter Online, produced by Cryptic and released by Perfect World International, is based on the lore of the series, also known as the Forgotten Realms series.

Since being released a few weeks ago, the game has generated mostly positive reviews from critics and from my experience over it, I think the game has some pretty cool ideas going on that sets it apart from the other MMORPGs that I'm used to that makes it truly fun to play. Here are few reasons why: 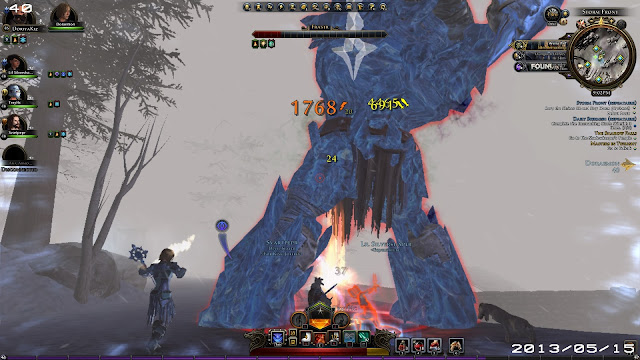 1. Enjoyable single player content. If you're a player who loves going solo and would rather enjoy in the story rather than just doing pure level grinding, Neverwinter has a immersive story that would keep you going for hours. Being a continuation of the Neverwinter saga itself, you'll find yourself caught in the conflict surrounding Neverwinter, having to reclaim the city from the various forces that seeks to conquer it.

There's voice acting, cutscenes and and interesting storyline based on the Forgotten Realms lore. I've never played Neverwinter before, so I have no idea how accurate are they to the franchise but I do feel like I'm playing something close to Diablo with the storyline they have in the game. The interesting part here is that rather than having a common enemy that you inevitably have to face off in game, there's a lot of sub plots happening around the city itself, with different parts facing different enemies and conflict, and every time you travel, you'll meet up with a new faction and a new environment, which is refreshing and doesn't bore you out.

It's really much like a single player game, if you choose to ignore all other players around you. Best of all, the developers even promised an end game content, sort of like a conclusion story to the game itself for the lore oriented players.

2. Player generated content, also known as the Foundry. Other than the storyline already set in game, if you're more of a storyteller, you could also design missions or side quests for your friends to play in. These quests are not just merely for fun though, as you can earn exp and items from it as per normal quests. You could also explore other players missions too if you're getting bored of just mainly doing the main storyline. The type of quests ranges from those of the serious nature, one that is based on the main canon for example to highly satirical ones like how you need to stop a brain smuggling operation run by clueless zombies.

Furthermore, there's in game bonus event where you are rewarded with extra exp just for playing foundry quests, which is awesome as it encourages you to try new things. The mobs at the foundry also scales with your level, meaning that you can do your favorite foundry quests at any level without worrying about the monsters level.

3. PVP. Of course, there's also PVP (Players vs Players) if you're one who enjoys combating other players. Rather than doing it in the open field though, the game has instances or arenas in which players can test their skills against each other. However, the only mode now for the PVP arenas is more like a capture the point fights, where you have to capture and defend a point to score points in order for your team to win and there's only two maps currently available, so if you play PVP quite often, you can get pretty bored out by it. In addition to that, the PVP also forces you to fight in a team, which can get pretty annoying when you end up with AFK-ers or people who disconnects halfway through the match.

Nevertheless, if you're able to end up in a team with coordinated tactics and such, the PVP arena can be quite exciting as you'll never know what opponents will dish at you. Furthermore, you'll also earn a decent amount of exp from PVP matches no matter if you win or lose, so technically you can level up just from PVP alone. Not only that, you'll also be able to earn glory points in which you can exchange for items.

4. PVE. Of course, whats a good ol MMORPG without dungeons and raids. Neverwinter has an interesting way of sorting out dungeons though, in that there's actually two types of dungeons, one called Skirmishes and the other Dungeons.

Skirmishes are in fact a shorter version of the dungeon, where the player has to complete easy and straighforward tasks such as storming a point or defending an area. The bosses in Skirmishes are easier and it takes less time to complete but gears hardly drop and you'll only get the in game money after completion.

Dungeons on the other hand, are the traditional raid type dungeons where you can spend more than an hour in it and the bosses are generally more difficult to deal with. However, they are the places where you go for your equipment hunt. So it's up to the player actually which do you actually prefer. 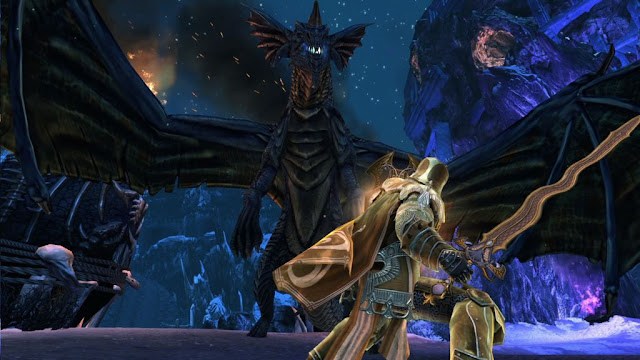 5. Companions. Oh my god, companions. Have I ever mentioned how revolutionary this thing is? You know how normally in MMORPGs you'll have problem such as not dealing enough damage if you're a healer or having to constantly burn health potions away because you don't have a healer friend?

Neverwinter solves this by giving you a companion, basically having an NPC running around doing your errands, like whacking enemies or healing you depending on their job. I have to tell you, being a rogue (DPS) myself, having a NPC cleric running after you, healing you and not complaining a single thing is like a gift sent from heaven. There was once where I had to run a dungeon without having any healer at all and surprisingly we made it solely on the fact that all 4 of us in the party had clerics companions, meaning that we could get some heals some way, a feat which is unbelievable in other MMOs.

Of course, your companion will have some limitations such as not being able to hit a very high level, but I find that having a cleric, no matter how low level, healing you can make a life and death difference in the battlefield. Ingenious. Truly ingenious.

All in all, I would say that Neverwinter is truly a game worth trying. It has all the things that make it right and one can never get bored from the game. There are so many ways you could level your character and there's just too much stuff to keep you going.

Of course, I find that the game is lacking in a way that there are a lot of different currencies being used and that the armor itself is kinda boring, but on general it is a fun game. Very different from the MMORPGs us Southeast Asians are normally used to. And best of all it's free to play! Find out more about the game at http://nw.perfectworld.com/