Those were the feelings that ran through me when the number of seats held by Barisan National finally shot up to 112, finally sealing the question of whether a new dawn will come to Malaysia. It didn't. The sky just got even darker. The fact that there were news of convenient blackouts and additional ballot boxes being added to the counting centers just made everything worse. It's like seeing your future being blatantly robbed from your hands, and you can't do anything but watch. That feeling of anger and helplessness at the same time, it's like a part of me died when I saw that.

To be honest, I had sort of predicted that BN would have won one way or another given how things have turned out for the past few days. But I had never predicted the results that it would have over me. I guess it's because hope was dangled before us, that we thought it was finally possible for a change, a better future for Malaysians, only for that hope to be ruthlessly taken away by acts of desperation and lust for power. And we can't do anything about it.

I would really write a damn long article to condemn what BN has done today but my body just can't seem to find the energy to do so. Perhaps I'm still recovering from the shock of it. I knew BN would have won, I just didn't expect it to have won so dirtily. And it saddens me even more that if we want to do anything, we have to wait another five years for it. And by then, who knows what Malaysia would have become. 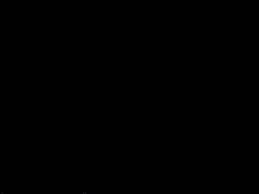