A little angel came by to drop me a pleasant surprise today. 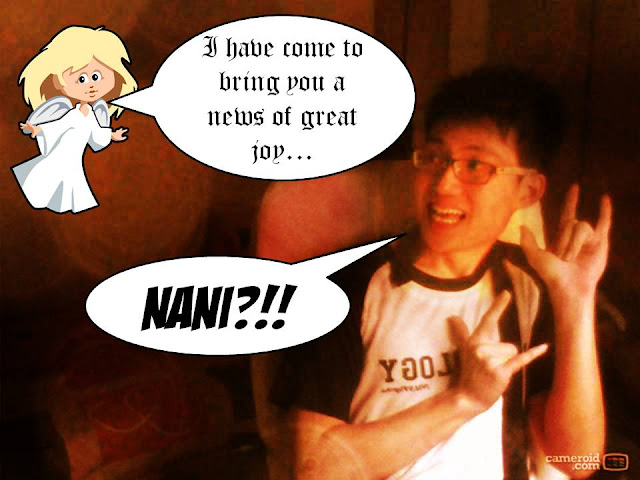 It turns out that the angel was actually sent by Omy.sg, here to deliver the great news to the finalists of the Singapore Blog Awards, notifying them that they have made the nomination cut and are now in the running to snag the title of becoming the best blogger in Singapore according to their respective categories.

As for me, it's my third year joining the Singapore Blog Awards, and as they say, third time's the charm. Which might explain why there were three angels in total that appeared today. 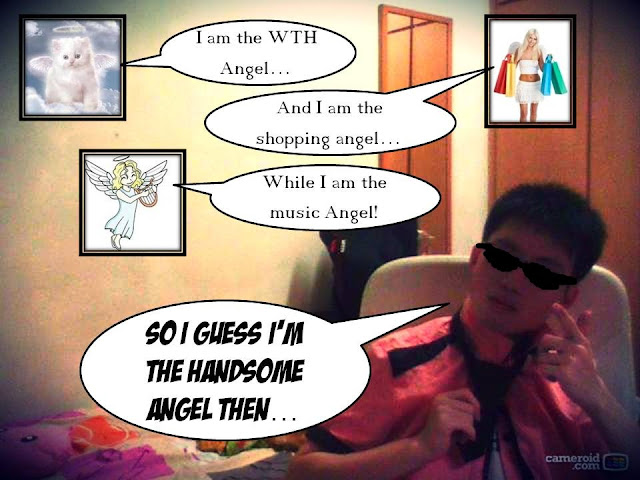 Okay, I have to admit that I got a little carried away during the nomination phase, where I practically nominated myself for all the categories that I think my blog could fit in, in the true spirit of narcissism, and little did I expect that I would actually end up as a finalist in three categories, which is: The Best WTH Blog, JBL's Best Pop/Music Blog and also Qoo10 Best Online Shopping Blog.

Yes, not only did Lukey managed to live up to the standard of giving you your daily dose of "I think this guy needs help" blog posts and rantings, he has also successfully ventured to new grounds too, where he is now also expected to deliver a steady stream of music/entertainment and online shopping related news. Jack of all trades, it would seem. I just the hope the master of none part would not apply here, because that would most probably translate to me not winning anything.

But then again, third's the charm. Third year joining, three categories and who knows, three victories! 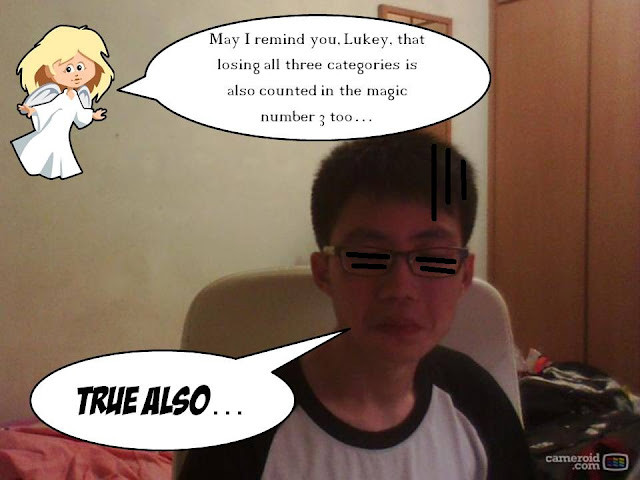 Of course, it's not the destination that matters, but rather the journey, as cliche as that may sound, so I am going to make the best out of this one month to do my best and to see how far I can go. It's just that winning at least once in Singapore Blog Awards is one of the items in my bucket list that I was I so close to crossing it off in the past two years. It's just a little bit annoying when you're so close but yet so far in fulfilling one of the things that you have wanted to achieve for very long.

Nevertheless, with lukeyishandsome(dot)com being listed in three categories, it is definitely going to be an exciting journey for sure, not matter what's the outcome. 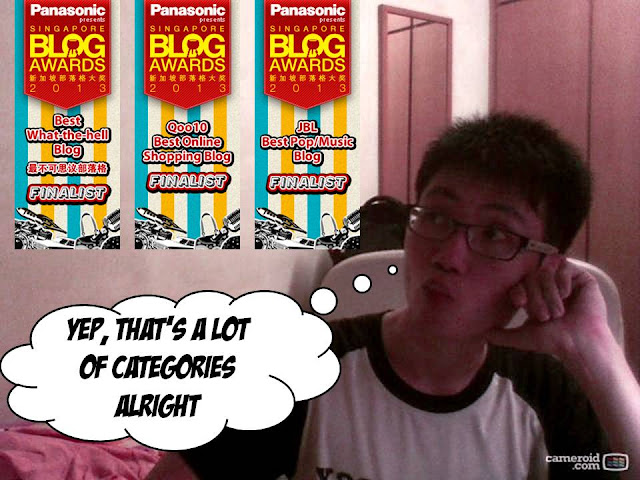 Do stay tuned for Singapore Blog Awards related updates in the next few weeks, in fact the blog is going to be full of it, and in the meantime, I think I will need a lot of help in the votes, as voting constitutes 30% of the overall judging criteria in the whole competition. All you need to do is to sign up for an account at http://sgblogawards.omy.sg/2013/register/ and go to HERE (Best WTH) | H3re (Best Shopping) | here (Best Music) in order to vote for me. Just click the yellow vote button next to my handsome picture and you're all done. You can vote once per day so do make sure to set a reminder in your phone or computer everyday at 12am so you can immediately vote for me when your timer expires.

Just kidding. I'm not sure even I can do that. Besides, I never believed in pestering people to vote for you, IMHO I think that if you're honestly good people would naturally want to vote for you, so I am just gonna put a reminder here and there and leave the voting up to you. Not saying that I am good though, it's just that I do get annoyed when random people asks me to vote for them in random competitions, so naturally I would not expect others to do the same too or it will be called double standards.

But then again, I do appreciate any votes, in fact, I would be absolutely indebted if someone votes for me so if it's not much of a trouble, say if you're terribly bored with nothing to do or is waiting for a Youtube video to load, do vote for me and help me cross that item off my bucket list! Thankriu veli veli muchie!