the pain of alienation

Alienation. Isolation. A situation where you're cut off from the rest of humanity with no friends to understand you, no one to care whether if you're still dead or alive and where you have only yourself to trust and depend on. It's a very scary thing you know, to have no social ties or contacts at all. After all, social interactions are like food and water to us. Without it, life can become like a living hell to live in. Not only does it affect us mentally, even our physical health takes a plunge when we are deprived of social contact. Undeniably, having social relationships is one of the most basic needs that we all share and I think we all can agree on that.

I was browsing through Facebook today when an article about the Boston marathon bombers caught my attention. It was about the phenomena of scapegoating a particular ethnicity or religion due to the background of the attackers and while the author makes ten solid points about the importance of not putting the blame and acting out on it merely because of the profiling of the attackers, what struck me was point 5 that he made in his argument, alienation. While he doesn't go in depth on it, I think that's one of the exact reasons why people could perform such atrocities on their fellow human beings. And I can relate to the pain of being alone in this world.

You see, for reasons I would not elaborate in this blog post, my life for the past few months have been a mess. Other than the few working relationships to keep my life at a minimal functioning, for example project group mates, my social life has been virtually non-existent. I have been eating meals mostly alone, have not attended gatherings or any friends outings of the sort and have not had any meaningful discussion nor talk with anyone. I guess you can say I'm very much like a hermit now and for the past few months I've began to notice some changes in myself that although I find it disturbing, those changes somehow help me to deal with my current situation better, which is something that I think happens in most people who are alienated as well.

You see, I've begun to hate people more. I don't know how I came to be in this position that I am today, but I've begin to have a steady dislike for social gatherings and any events that requires interaction. Because of many things that happened around me, I can't help but find myself constantly worrying about what others think of me when I'm talking to them. Not only do I have this fear of constantly being judged by others, I also find that I have trouble mixing in too. Conversations usually stop at me and whenever I talk, awkward silence would ensue. No matter how hard I tried, somehow people were just on a different channel.

It started mildly at first though. While there were awkward silences and uncomfortable glances here and there, I was still somehow part of a social circle. But as problems arise, the gap widened and soon I found myself being unable to fit in anymore. Sitting at a table together with people who used to be my friends resulted in silence (as experienced during a black out last week) and eventually, I managed to convince myself that even if I make myself physically there, I would just stick out like a sore thumb. The actions and thoughts fed into each other and it became a vicious cycle. Just two days ago there was a party held just outside my door and even though every part of my body screamed to be there, I was firmly glued to my seat afraid of the rejection that I would face should I chose to step out.

It's a scary thing, being left out and not knowing how to fit it. In an attempt to rationalize the current situation that I'm in, among the thoughts that I have had include labeling them all as heartless for not caring, that these people are not true friends in essence, because all they're too bothered with themselves than you and by the end of the day, no matter how much they say they would be friends with you and how important you are, it's their own self interests that matters. People are just a bunch of assholes who do not care. They pretend to be smiling in front of you but all they're interested in is to see how far you fall.

While, I would agree that a lot of these thoughts were irrational, allow me to just ask you a simple question, which of these following thoughts are easier to accept, that you yourself is a failure because you cannot fit in, or that others are evil because they are not willing to accommodate you? Often the explanation that shifts the responsibility away from you are the easier ones to incorporate, be it in any situation, because it is part of our human coping strategies. When we are caught in an unpleasant situation, we would want to shift the blame away from us and to other people to protect our self esteem and self worth in this world.

Only when I read the article just now that immediately did I realize the seriousness of the situation that I am in currently. By cutting off all contact that I have with others and letting my secret conspiracy thoughts fester in my head, I am actually going down a path of utter destruction. While I am still very far away from hatching a sinister plot, I must admit that I have felt anger in me. Frustration as well. In asking why no one actually cares about me me. Angry because society doesn't want us just because we cannot fit in.

It's a theme that is commonly shared upon by a lot of the popular killers and shooters out there, this feeling of being alienated and the anger generated by it. The Columbine and Virginia Tech Massacre shooters all had problems fitting in. While their details may vary, they all share a hatred for the people around them because they were not accepted and they had virtually no friends. Their destructive thoughts did not happen overnight you know, but rather as a result from years of being isolated and ignored with no one to depend on. Left with no one to check on their thoughts, they begin to form reasons to explain the situation that they are in and slowly but surely, the thoughts shifted into more radical and extreme forms until the taking of lives suddenly seem okay to them. It is not because that they are broken at the start, it is the culmination of the alienation from society that caused them to be who they are. 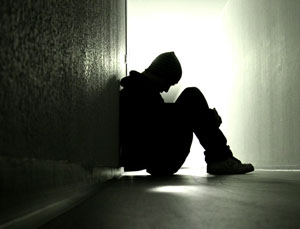 From what I've experienced for the past few months, I must admit that social isolation has some pretty scary effects on yourself as a whole. Reading the news article was like a wake up call for me. While previously I thought it was okay for me to continue on like this, because after all you can only trust yourself and it's me against the world and everyone else is evil, I realized that having these thoughts are dangerous and they serve no purpose other than to further worsen the situation. I still don't know where I should go from here though, because the damage has been done with people around me, but I guess I certainly shouldn't be so hostile anymore. Yes, hostile. For the past few months I've been treating people with hostility and suspicion and I guess it's all part of a self fulfilling prophecy so I guess it's high time to stop.

The only question now is there anyone that I could still depend on? Someone who can accept me for who I am? And would I be able to shake all these negative thoughts and hostility that have became so ingrained in me? Can I ever return to the way I was? Only time will tell.

While I'm beginning to realize this, nevertheless I must say not all who undergoes this experience would emerge from it unscathed. From what I see when we are faced with extreme alienation, there's often only two ways we deal with it. We either fight back violently (a war waged against whom we perceive to have offended us, like the tragedies) or we choose to give up, but taking our lives for example. What I want to say, however, is that we should try and prevent any case of social alienation in our society, given all the negative effects that I've experienced.

While it is in our Asian blood to mind our own business and not to care about others, or we might think that the other person may not need our help, sometimes the very thing that they are expecting is for someone to just walk up to them and talk. They might be scared to voice out because they're afraid of rejection and what you think, but we should never let our own judgement get into our way. I know it because I've been on the both sides of the story. The one that didn't wanted to talk to a friend because I assumed he "deserted" the group and the one waiting desperately for someone to walk into my room and just ask me how am I doing. Because sometimes a little care is all that we need. 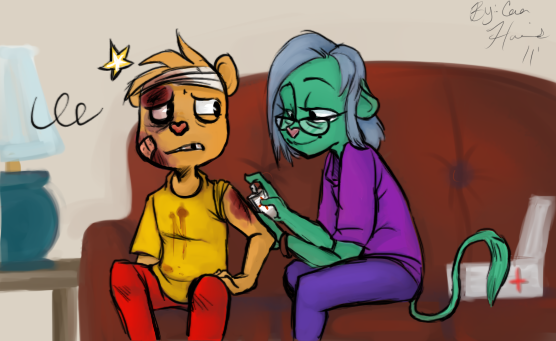 Hopefully this post could serve as sort of like a closure for me at least for the time being. With so much on my chest and no one to turn to, I have only this blog to pour my feelings out as of now. This few months has been seriously hell for me with so many things going on, but somehow I still managed to survive. Perhaps I'll blog more as time passes but as of now, this would have to suffice. Lets see how things go from here.