my bed is my only comfort now 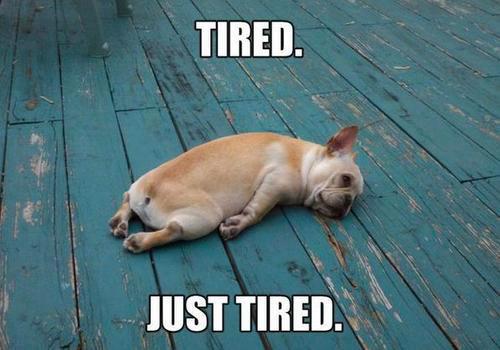 I've not been doing much, at least not as much as compared to the people around me, who can go without sleep for days and just churn out work again and again, but yet I still feel exhausted and drained. There are days where I can just sleep the whole day away without feeling the need to wake up because everything just seems so demanding and stressful. I'm afraid to go to class because I have no idea of what's going on, afraid of meeting people because I have not have any decent amount of social contact for months and basically afraid of just doing anything that needs to be done. Basically, I have no energy to do anything and if it's up to me, I would just avoid almost everything in life and just stick to my girlfriend, the ever faithful laptop.

Depressing, yes, I actually suspect that I might be experiencing symptoms of a depressive episode but then again, my pride stops me from admitting that I have any problem, besides, I find it hard to pinpoint an exact source of why I'm feeling like this (I believe that if there's no cause, there shouldn't be a problem and it's just in my head) but somehow, I just don't feel like myself sometimes. What actually went wrong? I seriously don't know.

To be honest, I actually hate being like this. A lot of people have asked me to just snap out of it and stop being such a kid for whining so much, eventually a lot of them gave up on me, but trust me, if there's a button I can flip to turn off all my emotions, I seriously would. I mean who on earth would actually enjoy being sad and not want to be happy instead? All of us want to be happy if possible but sometimes we cannot just ask our emotions to feel what we want. Rarely does the logic of the mind overrides the impulsiveness of emotions and especially more when you have so little to be happy about in life. If I can choose, I would of course want to be happy and outgoing and positive, but most of the time I just can't. No matter how much I tell myself to just snap the fuck out of it, I just end up feeling worse.

Sometimes I wonder though, if I am forever doomed to this path of misery. It's not the first time I'm feeling like this and I've always  had trouble dealing with negative thoughts and depressive episodes. My psychological knowledge would try to tell me that perhaps I'm bipolar or depressed but I just refuse to accept it because that would imply that I'm broken, incomplete in a way and I just would not want to be a flawed person. Admitting to that means putting a label on yourself that says that you're not good as others, that no matter how hard you try, you can never achieve what others can achieve because you're "disabled" in a way and I just wouldn't want that. I hate being limited, to be told what I cannot do because it's part of me and I definitely wouldn't want the stigma.

But honestly, I don't know how much longer I can hold on or what the path lies in front of me. I am afraid of talking to others, afraid of admitting that I am struggling in fear of being judged and most importantly, I have no idea how to articulate my problem. I've tried running through hundreds of scenarios in my head where I attempt to explain what's going wrong and most of the time, it just ends up with me sounding stupid so in the end, I choose to keep everything to myself.

ME #1: So what's wrong? What's the problem that you're facing?
ME #2: I don't know. I just feel down. I don't feel like doing anything and there's just like this weight pressing down on me everyday that makes me don't want to do anything.
ME #1: I see. So can you tell me more about this? What caused this? Is it because of school? Friends?
ME #2: I don't know. I think so. There's just so much work to be done.
ME #1: I see. But then again, all your classmates seem to be doing fine? How come you're the only one having problems?
ME #2: I think perhaps it's my hall commitments?
ME #1: Maybe, but then again, your other 9 colleagues aren't having problems, some of them even having a heavier workload than you and they're students too so why are you complaining?
ME #2: Yeah I guess you're right. Maybe it has something to do with friends?
ME #1: Friends? What friends? You have no outings to attend, no birthdays to worry about so what's the problem there? Basically you just have only your hall commitments and studies to worry about and you can't even do that right? OMG you're such a failure in life. I mean thousands of other NUS students can do it and why can't you? What's your problem? Still a small little kid who cannot handle too much of expectations is it?

You get the idea.

So yeah, I guess that after this blog post, nothing's gonna change much. I'm still pretty much gonna go back to what I've come to call as life for the past few months, mustering whatever energy I have to continue to survive and just hope that life would be better once I have a brand new start after graduation. I still shudder at the thought of a complete whole new life but I guess at this point in time, having a complete new start, with nothing to tie me back to life in university would be the best of the worst option I have now.

And to think that when I first step foot into NUS, I had so much fun, expecting life to be an awesome 4 years, only to have it turning into something like this at the end of my journey. Kinda sad, to be honest. But then again, I guess this is all part and parcel of life. Cheer up, Luke, tomorrow will be a better day. And I'm damned sure that you can survive this.