if jesus had appeared in india

Don't you just hate it when there's a lot of things going in your mind, but you just cannot express it convincingly for others to understand because you're limited by the vocabulary that you possess?

A lot has taken place since the last emo post that I wrote, "The Pain of Alienation", and while things have not improved markedly, I'm still the same old me of course, still having some negative thoughts here and there, but I must admit that I was pleasantly surprised by the the supportive comments that I received, not to forget some talks and messages from concerned friends. I had some outings with a few friends, reconciled some differences with an important buddy of mine and most importantly found the strength to carry on, though I may not be functioning at an optimal level now (judging at my unfinished work). I didn't have the chance to said it then but I would like to sincerely thank everyone who were concerned with me and who were supportive through all the small actions after that post. Thank you :)

There's a lot that I would want to write about but as I have 10 minutes left before my predesignated sleep time, I shall recycle something from my Facebook as food for thought in today's post, a religious discussion that I had with a friend just a few days before, when I came across something called Unitarian Universalists, who essentially believes that everything is true in a certain way when it comes to the pursuit of spirituality and religion. Something like relativists, you could say.

It's funny though, how discussion has evolved to become in today's world. Last time, when historians wanted to study correspondence between intellectuals during the pre-modern period and Victorian times, they would look for letters but I think in the future, historians would have to comb through chat logs, Facebook messages and emails to study the discussion between great thinkers. Not that I'm saying I will be a great thinker though, judging by my limited vocabulary, but who knows right? Perhaps someday someone will dig through this blog and exclaim, "What wonderful insights he had!".

Yes, that's the sleepiness kicking in. Anyway, the discussion for those of you who loves religious exchange: 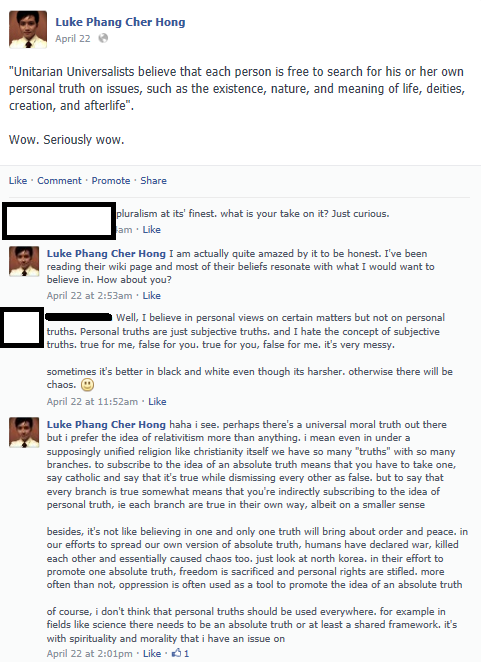 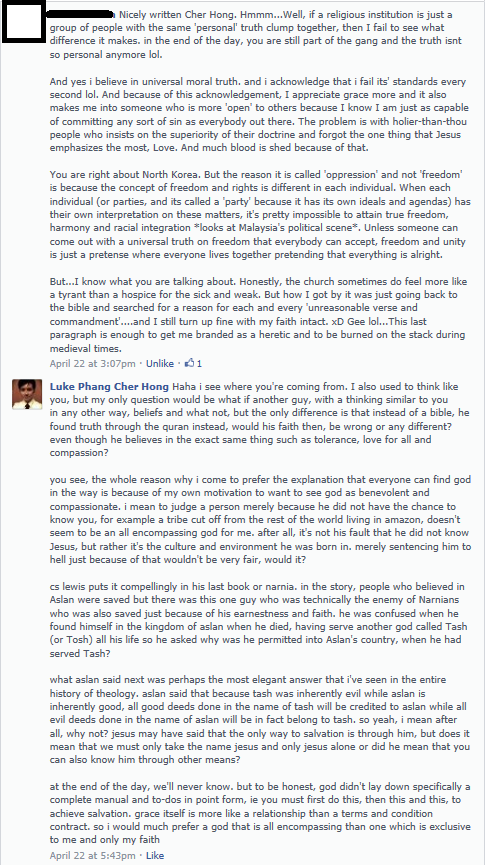 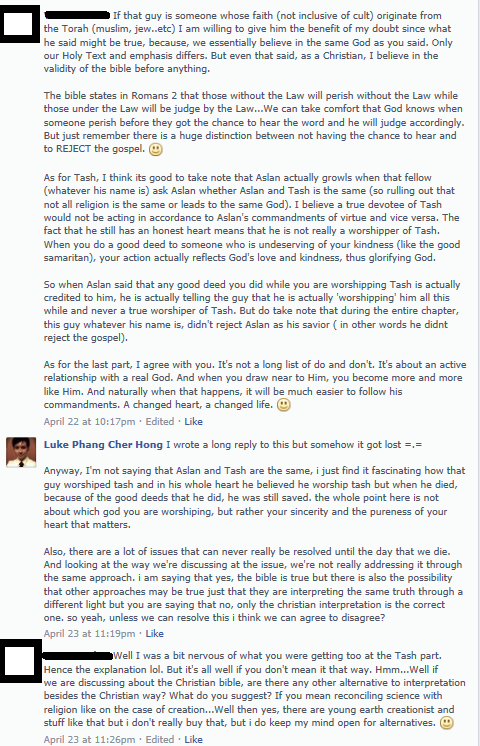 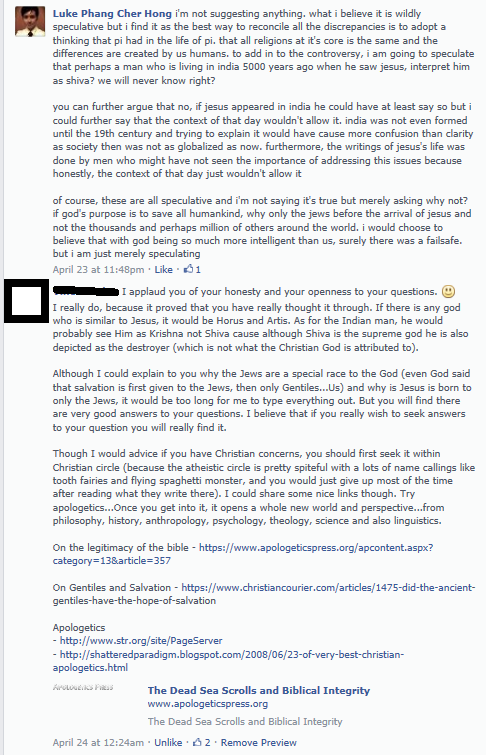 I would have continue replying though about apologetics but as that would include me going through their arguments one by one, I stopped short considering the fact that exams are just around the corner.

However, I do find it amazing when you have someone to talk to who shares a similar interest with you and who could freely discuss and exchange their ideas with you. I imagine that this type of elation of finding someone with a common passion with you must have been what Descartes felt with his correspondence with Princess Elizabeth of Bohemia, John Locke with his Royal British Society and Darwin with Asa Grey for example. But no worries though, as much as I am compelled by the Universalists arguments, I am still going for church tomorrow. Which is why I need to sleep now. Til then, toodles.