if i can haz lelouch's power

I've been wanting to blog about Code Geass ever since the first day I saw it. While not much of an anime fan myself (my anime vocab pales in comparison with some of my friends), I honestly think that Code Geass and it's sequel, Code Geass R2 is perhaps one of the best animes that I've ever watched in my life so far. 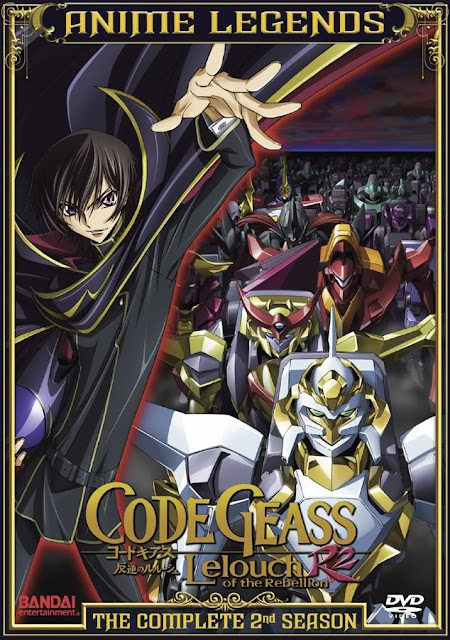 While the story starts off like any anime where the main character finds himself obtaining a power that will forever change his life, it is much darker and more mature than the mainstream animes such as Naruto, Bleach or One Piece in that not only it explores the theme of friendship, camaraderie and love, it also touches on much bigger issues such as politics, the boundaries between right and wrong and the question of humanity itself. Throughout the entire anime, it would not be surprising that you will find it hard to choose which side you're on, sometimes even questioning the main character himself and finding yourself asking questions about what is right and what is wrong during the entire anime.

It's more of a psychological action thriller, if you ask me, something like Death Note, where the actions are not always clearly right nor wrong, but by the end of the movie, you'll feel as if you've learned something or have grown different in a way. Exaggeration, perhaps, but rarely do I find myself so engrossed mentally while watching an anime. In animes like Bleach for example, most of the time I'll find myself taking the role of a passive observer watching the unfolding of Ichigo's life while in Code Geass, it's like the anime is challenging me to take a side in the never ending conflict that is portrayed. It's real and engaging.

Anyway, I'm not here to preach about the anime. While browsing Facebook today, I came across an interesting question in regards to the anime.

"If you could obtain Lelouch's (the main character) power to be used only for one person, who would you used it on and why?".

Okay I don't think I've explained the mysterious power that is central to this anime yet, but basically it has to power to elicit full obedience from the person you have eye contact with but it is only limited to one use per person, meaning that once your instruction ends (ie go jump five times), the person will not fall under your power anymore. I find the question quite interesting though, and since I have ran out of idea of what to write for my blog, this post will be dedicated to answering that question. 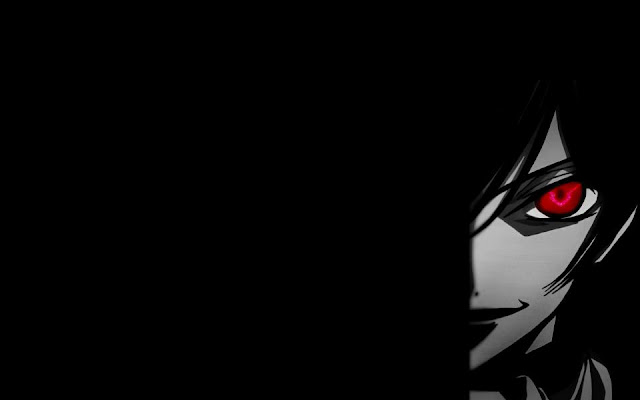 To be honest, I had a lot of trouble figuring this out. Of course, I wanted an answer that is actually applicable in this world, something that I can apply so I'll be taking in all the cost and possible effects the power might have, in the spirit of the anime because they explore each and every choice made by Lelouch in depth too.

I was at first very tempted to go by the popular choice of asking Bill Gates to give me a huge sum of money every month, that would mean I probably wouldn't have to work for my entire life, but then again I realized that it would not work as well as I think it might because Bill Gates would not be alive forever and even if I ask him to one shot give me the money, I would have to make it as discreet as possible to avoid any questions from his family or public. Not easy, I would say. Furthermore, I must take extra precaution too not to grow immediately dependent on the money (as how lottery winners experience it) but rather arrange it in such a way that my lifestyle would not be changed very much. Of course, money brings with it a lot of evil so I guess this option isn't entirely viable. And what if Bill Gates go bankrupt tomorrow?

My next option would to make myself a leader of a nation so I could enjoy all the power and wealth. But who do I ask? Obama? I would be kicked out of office the first thing next election And wait, I NEED to have an election to be officially accepted. Plus I need to convince the whole nation too. North Korea sounds good, I could be a supreme leader worshiped by everyone, but then again the whole world hates me and I don't speak Korean. So out.

The next viable option would be for me to ask my crush to love me back. But then again, it is a very selfish kind of love and I am not sure if that command would trigger an overly attached crazy girlfriend or not. Besides, the love would not be true and it would take all the fun out of the relationship. Besides, it would affect her relationship with others too and I don't want my crush to end up like a brainwashed zombie. So I guess that would not work too.

Perhaps I could use it on myself. You know, command myself to be more hardworking in a way. But of course, there's the danger of the command backfiring (ie more hardworking = 24 hours studying = dead in one week) so I have to be very precise with it, for example study a chapter a day. But then again, a command that is too precise may not be applicable for your whole life. A general command might be dangerous too, for example asking yourself to be always happy may end up with a crazy person, so I guess that too is too dangerous to try out.

I think no one option is good because ultimately, there's too many people to worry about because changing a person would undeniably affect the people around your target with potential repercussions and the nature of your command itself (wording it differently) may trigger very different outcomes from what was intended. Very complicated, I would say. I mean you cannot just ask to be the President when you yourself have no idea how the system works and by the end of the day, people will react to that.

I guess the best option would still be to go to Kim Jong Un and make him my bitch. Something like: "From today onwards, you will listen to each and every command that I say. You would still function a the premiere of North Korea, but every action you take you would follow my instructions. My presence will be kept a secret however and..." nah I think not. Too complicated to spell everything out. Besides, I don't think he's the fella in charge with all his "advisors" going around. I think I'll just go to god and ask him to switch places with me. Or make me an epic immortal being something like that. Problem solved.

Labels: Anime I really should be sleeping Random Rantings