Alright, so I was told by my Counselling Psychology lecturer today that one of our assessment components, which makes up 10% of our grade, is a reflection journal where we are supposed to share our thoughts about what we have learned at the end of the day. And since sharing our thoughts is what bloggers do best and also since I don't want good writing to be wasted, I'm going to post that assignment here as well. Hopefully this would not be counted as a plagiarism issue. 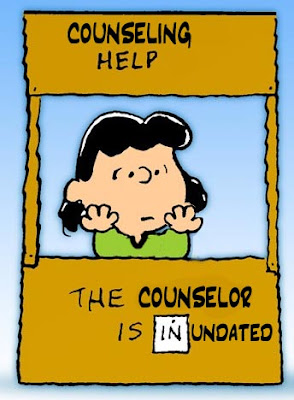 Day one of my first PL4208 Introduction to Counselling Psychology class. To be honest, I was actually quite looking forward to the class because wanting to help others and wanting to give advice to others was one of the few reasons why I chose to major in Psychology four years ago. After being taken through the horrors of what others come to know as Statistics and Research, I was happy to be able to experience Psychology as how I initially expected it, counselling others and making a positive change to the world.

To my surprise though, rather than learning straight away the tools of the trade, for example methods that are developed to soothe people, the different types of theories used or the effectiveness of the various therapies that exist, the first class was focused mainly on the counselor self, which was surprising because I thought the job of a counselor was to be selfless and to put ourselves out there to make a change in this world by helping those who are needy. But as our lecturer, Dr Pang explained, I started to realize that my initial impression of the role of a counselor may have not been as accurate as I believed and like everything else in this world, it is complex and dynamic, with no one set rule or guide for it.

For starters, I have not taken into account the fact that counselors are human too, with our own needs and wants in life. We are not saints, for starters, and on top of everything else, we still need to take care of ourselves, both physically and mentally. I think that's the biggest takeaway that I got from the first class. After all, who would ever think that a counselor itself needs counseling? I used to think that to seek counseling was like a sign of weakness, that if a counselor seeks counseling itself, it is like saying that he/she has lost the authority to counsel others but it turns out that in the field itself, it is a very common practice.

It was a good start start to the module, hearing about all the stories that the lecturer told us concerning the role of a counselor/psychologist and I might be thinking to applying as a trainee counselor or sorts when I graduate four months later, depending on how this module goes.