Remember Ragnarok Online? It was one of the first few games that popularized the MMORPG genre of games back in early 2002 to 2005. Ragnarok Online was responsible for making me realize that computer games do not have to be played alone but instead can be a world where thousands of people interact together in quests, raids, PVPs and tons of other activities one could think of. I can still remember having a virtual Ragnarok girlfriend back then (thanks to the marriage system and whom now I wonder if "she's" really a girl in real life) and how I brought her to visit the romantic places in Rune Midgard, like a date of sorts.

I had fun and in a way, Ragnarok Online made a huge impact in my life. Countless hours were spent together with friends in Guild Wars, dungeon raids and party quests online while discussions on the game dominated our conversations offline. Through Ragnarok, me and my classmates found a common interests and through Ragnarok, I got to know a lot more friends (shame that we didn't stayed in touch). The game would subsequently path a way for me to other MMORPGs and build my love for gaming so I guess you could say that Ragnarok Online (RO) was my first love in MMORPG gaming.

So one could only imagine my delight when I found out that the original developers of RO, Gravity Co., decided to launch a sequel to the once highly popular game, now known as Ragnarok Online 2: Legend of the Second (RO2), after years in development. And thanks to Asiasoft Online, the Southeast Asia company in charge of RO2 in the region and responsible for games like Maple SEA, I had the chance to attend the official launch of the game today at Marina Bay Sands in conjunction with the Licence2Play event, one of the biggest gaming conventions held in Singapore, where you get to see big names like Blizzard and Valve set up shop there.

I guess you could say that the whole game itself has been revamped, switching from the original 2D setting to a full 3D interface, similar to the current trend of MMORPGs now. However, the developers stayed true to the original cute and innocent feeling to RO by injecting loads of cuteness into the graphics and environment itself.

From my two minutes trying out the game, I could say that the core elements of the game stayed the same, you'll still find monsters like Poring and Thief Bugs, the jobs are roughly the same (with the exception of merchants, I think) and it's still in Rune Midgard but the dynamics of the gameplay itself is now vastly different from it's predecessor due to the change to 3D, so do not go in expecting to see something similar to RO1. For starters, instead of merely depending on your mouse to move your characters, you'll now need to use the WASD keys for moving your characters.

I am definitely going to try the game out later, to see what has changed and what has not, and perhaps to relive my childhood again through some Poring smashing. The game is currently in close beta now, but you can already start to register, download and play the game. The installer and everything can be found at www.playro2.com. And do like their Facebook page too at www.facebook.com/PlayRO2 if you're looking for game related freebies and promotion.

Oh and not forgetting, you know what's best about this release of RO2? It's totally free to play! Which means there is no need for me to fret on how to pay my next month's subscription fees, which is totally awesome.

On a side note, if you are into computer games, you should so totally pay a visit to the Licence2Play event which will be ending soon tomorrow, Sunday (9th of December). There's a lot of big names of the gaming industry there and there's a lot of giveaways too, in addition to being able to try out all the new games like Starcraft 2: Heart of the Swarm by Blizzard. And they're looking forward to give away some Blizzard collectibles too! I in particular would want the life sized Thrall model. 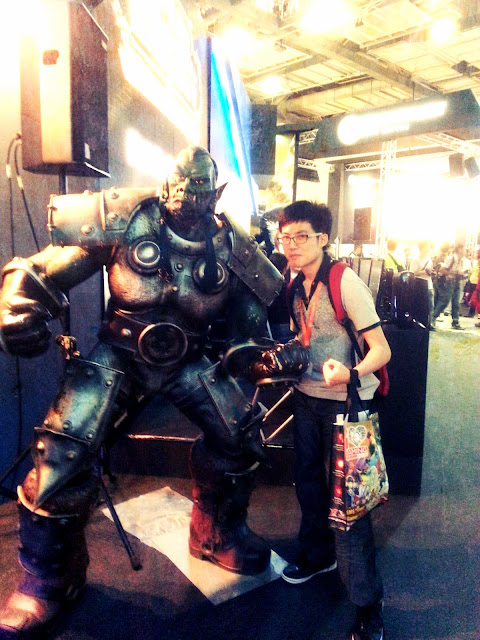 Oh, and did I mentioned cosplayers? There's a lot of cute cosplayers at the event and since computer games often feature sexy female characters, you can expect to see a lot of them at the event, especially at game booths who wants to attract a deprived nerd like me to try out their game. Did not managed to take any pictures though, because I forgot to bring my DSLR and using my phone to snap pictures would have passed me off as a creep.

Anyways, that's all from me in this blog post, I have to now take my leave and slay me some Porings. Oh, and if you do play, my IGN is doriyakiz, masquerading as a helpful priest who only heals female characters. 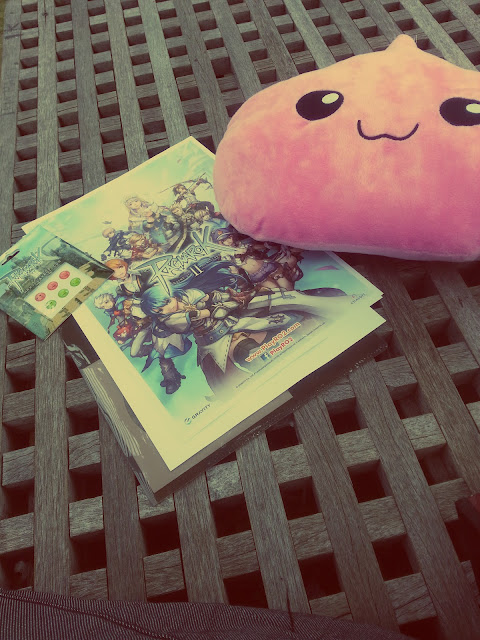