I've been busy, which is the reason why this blog has been relatively abandoned for quite some amount of time. I've been quite active in Twitter though, thanks to the wonders of smartphone (which reminds that I need to pay the bill which I can't because I have 4 dollars left in my account so I'm now a dead poor meat) and since tweeting in Twitter is also known as micro-blogging, according to mathematical logic, if I add up a lot of tweets it would become blogging instead? Because adding a lot of small stuff (micro) together would make a bigger stuff? Geddit? Geddit?

So for today's post, I'm just gonna screenshot the best tweets of Luke for the past few weeks to make up a blog post. That way you can keep updated with what I've been up to and also as an excuse for me to skip another blog post because of laziness. Enjoy! 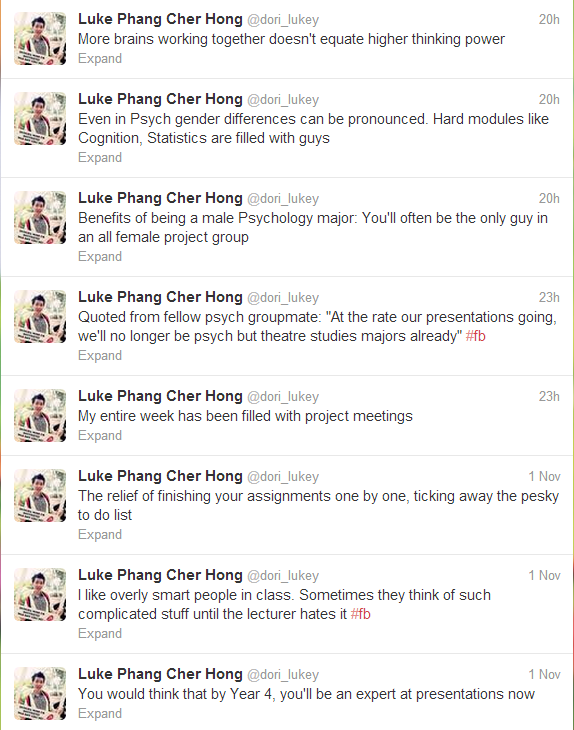 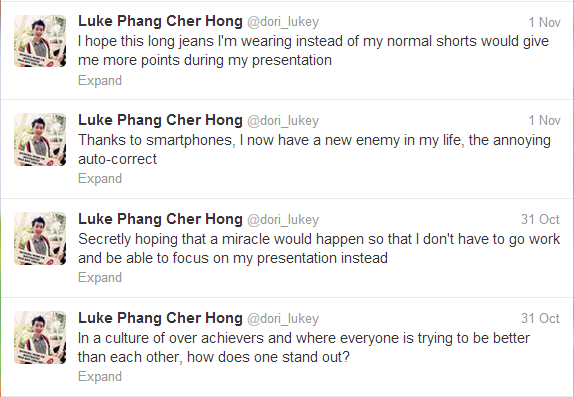 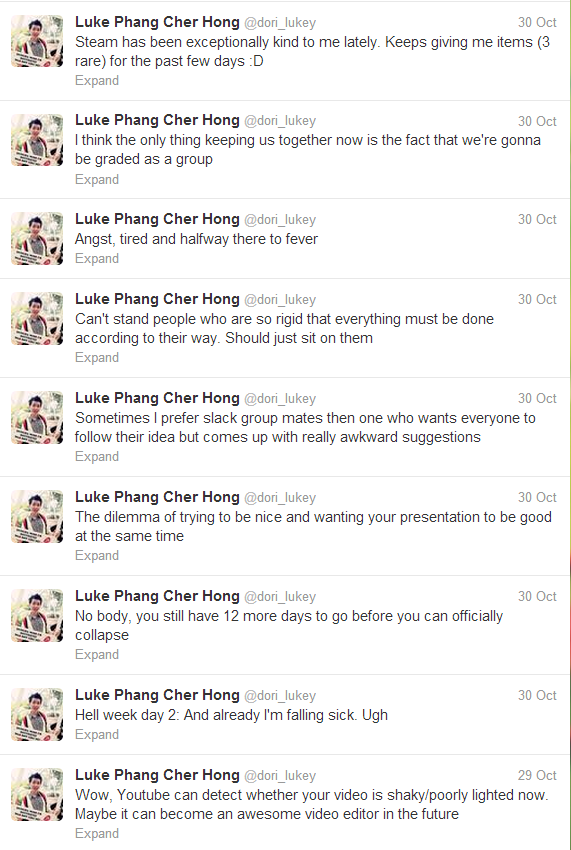 Well that has been roughly my life for the past few weeks according to Twitter. Hopefully I can find the time to blog soon enough. But for now you can stay updated with Lukey (provided if you're interested) on Twitter!