of addiction and flow

Life has been characterized by a lot of gaming recently. Specifically Minecraft and DOTA 2 for the past few weeks. Reminds me of the days I had back in high school when my mum had to literally hunt me down with a cane in the various cyber cafes (LAN shops) around my hometown.

According to the experts on addiction (as I am taking a module on addictive behaviors this semester), I might be well on my way to developing an addiction to gaming, together with a significant population of other students and young adults that has access to a computer and a working internet connection, although my brain keeps screaming back to me the dangers of getting hooked up on gaming and not doing anything else.

A lot of researchers have been looking into the factors that lead to a person developing an addiction, from personality factors and individual differences (ie being impulsive and having a poor sense of self control will make you a prime target for being an addict) to the bigger picture of poor societal regulation and insufficient education on the dangers of addiction.

While the causes and theories may differ, all of them share a similar assumption about addiction. That it is bad, evil and needs to be purged out of an individual. Which of course, is logical, because the definition of addiction contains words like "impaired functioning" and "not being able to fulfill required expectations of work and family". After all, the problem that society has with addicts is due to the imposed responsibilities that the society places on the addicts themselves. The reason why we see addicts as having a problem is because they're not fulfilling the role as they're a expected to, a father, a student or a husband perhaps. They're too caught up in making themselves happy that they do not care about the ones around them, hence where the problem arises.

The only downside here is that while the addiction researchers have a point, the researchers at the positive psychology area seems to be thinking the exact opposite thing. According to researches done in the positive psychology field, there's a variety of things that one can do to increase your overall sense of well-being in your life, no, money and material gains was not found to be one of the factors, and one term that stood out was the concept of flow. 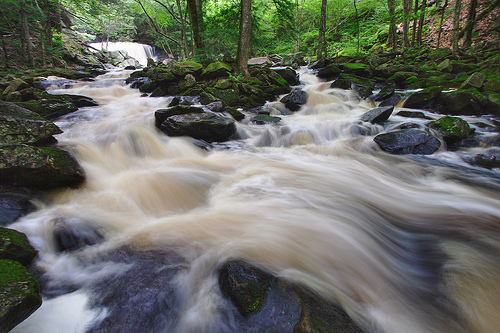 According to the foremost proponent of the theory, Mihály Csíkszentmihályi, flow is described as immersing oneself in one activity that one likes until one loses sense of all self and time in that activity itself. The point here is that the types of activities that one can experience flow in is endless. Be it music composing, sports, writing or even gardening, the important thing is that one must be so interested and engaged with the activity that all other things just fade into the background.

I'm sure that all of us have experienced this before when we're doing the activity we like. We are so caught up in it that we forgot how much time has passed and by the time we're done, there's just this immense sense of satisfaction in ourselves and that we know we would definitely want to do it again. Einstein found it in Physics, Mozart found it in music and Mother Theresa found it in serving others. Some call it a hobby, others call it a passion.

And there where's the problem comes in. While research has shown that a constant stream of flow experience would make people happier, sometimes the joys brought by the experience of flow contradicts with what is expected of you from the society. So while you might be having lots of fun doing the activity you love, or experiencing flow per say, you may not necessarily be fulfilling the required expectations of you at the same time, say a father or a employee. For take for example someone who loves gambling but has also three children to feed. The love for gambling is in direct contradiction with his expected societal obligations.

From how I see it, too much flow, no matter in what activity, be it working, gaming, or even studying can encourage addiction, which in turn can negatively affect how we relate to others. Human beings are social creatures after all, part of our identity are defined in our relation to others thus the goal of keeping only ourselves happy is not viable in today's society. It's about balance perhaps and this further reinforces the fact that when it comes to human behavior and thinking, there's no one right way.

The entire connection between flow and addiction is a complicated one, due to the fact that the nature of the different activities, to be classified as addicted to gambling or gaming is much easier than being classified as being addicted to work (although the term workaholic does exist and we all know of someone who craves working), due to their differences in social desirability and norms. However, the essence of the addiction is the same, both the gambler and the workaholic enjoys what they are doing and when they're engaged in it, all other demands and concerns melt away and they lose themselves in it.

So does this means we should give up entirely on enjoying the activities that we love? Or should we immerse ourselves completely in our passion and forget about everything else? Honestly, I don't know. There are people who achieve great fame by losing themselves in the activities that they love and they are those who throw everything into their passion and end up as a broken human being. Perhaps the answer lies in the activities that we do and the values attached to it by society, being a Physic lover is much better than a video game lover as the society in large prizes a Physic genius more than a gaming expert after all. Or perhaps the answer lies in what we want to achieve in life itself. Do we want to be happy all the time, to live in the present or do we want to live a meaningful life where others are impacted by our actions? Our choice.

What I do know is that there's no right or wrong answer when it comes to Psychology but in my case, I think it would have been better if I had picked another activity that I am passionate in, for example exploring Maths rather than exploring a virtual world in a game. Either that or I cut down on my flow activities, which could indirectly lead to more stress because I don't have an outlet to do the things that I love.

Oh well, at least I still have a backup flow activity, blogging.

And you might want to check out Csíkszentmihályi's talk regarding the concept of flow on TED, embedded below: