Have you ever watched the movie 300 before? The one that that popularized the line, "This is Sparta!"? Remember the starting scene where the narrator mentioned about babies being picked up from their birth, where only the best of the best survives, while those with deformities are thrown to their deaths? 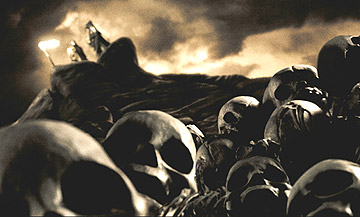 While I was disgusted with that practice when I first watched the movie, thinking about how everyone should have an equal chance at life and those ideals, now that I look back at it, I actually think that it's quite logical for the Spartans to do so and that in a way, it is kind to those babies too because they don't have to grow up to face a cruel world where they will be severely disadvantaged.

You see, for all those talk about the world being an equal place with everyone having an equal chance to succeed, all of them are just plain talk. Try as you might, the world is never going to be equal. From the day that you're born, you have been endowed with a set of genes that will follow you for your entire life. It is those genes that will determine how far you go in life, it is those genes that provide you with the hardware and no matter how much you try, you cannot escape the specifications provided by your hardware.

Not only that, as you grow older, you'll find that the world is far from the equal place that others might tell you and in every corner competition is waiting for you. People would want to prove that they are better in no matter what they do and in their attempt to do that, will disregard everything else and most of the time, if you find that you do not have capabilities that are able to compete, you'll sink faster than Titanic with everyone climbing over your head.

Which is why I said the baby throwing move by the Spartans could have been a kind one to the babies at least. Because in a way, they are saving the disadvantaged babies the need to compete in a dog eat dog world when they grow up, where the challenges and torture that they might need to face are much worse off than death at an early age.

Sadistic as it may seem, I would have wished to be one of the babies thrown off the cliff too.