Under the raging storm I traveled, soaked wet from the lashing rain but with my goal in mind, I kept pushing through. Because I believed that I could go the distance. Because the event that I'm going to has the hashtag #GoTheDistance attached to it. 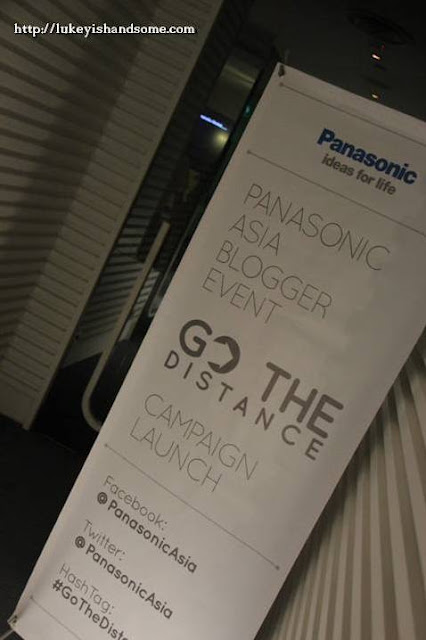 That was like one of the most lame opening ever but hey, I was just trying to be creative. Because this entire campaign, organized by Panasonic Asia, is about being creative and about going the distance at the same time. And I was not lying about the storm thingy, if you remembered the rain on the Friday night was horrible.

Anyways, I was invited to the Panasonic Asia's Go The Distance Event as part of their campaign of an upcoming new launch of a product which will be happening on the 15th of August, 2012. And from now on til then, they're having this Youtube guess-the-ending competition for all of you to win a mystery prize from them.

All you need to do is very simple, simply head on to their Facebook page at https://www.facebook.com/panasonicasia and guess the ending to any of the 5 Go The Distance videos that they have posted on the page. Do check it out! I've also included the teaser video of the campaign below:

Now back to the dark and stormy night story. It seems like I have been going for loads of blog activities for the past few days already, and I must say, I'm starting to find all this quite fun. Getting to know new people, making friends who share the same interests with you and having the chance to win goodies at the same time, it's quite exciting to be honest.

And the folks at Panasonic Asia were quite generous too! For our blogger event that dark and stormy night, they even threw in an iPhone 4S for us bloggers to win! Sadly though, Lukey's ending was albeit too overboard (I think) to win the prize. Basically, you have to choose one of the five videos and try to come up with the most creative ending to it.

I chose the Usual Spot video which is embedded below...

I basically wrote something about how the guy tried to bluff the girl about him being a wildlife enthusiast and was able to get away with it only to find out that his friend was trying to warn him about Bruce Wayne aka Batman having a holiday nearby with Catwoman (if you have watched the Dark Knight Rises you'll understand what I meant) and that when it comes to evading Batman, having a long lasting battery is important. I guess the judges were not very big fans of the Dark Knight.

But nevertheless, congratulations to all the winners who won vouchers and brand new phones from Panasonic Asia for the night!

Now when is Lukey's turn?