your information, their money

"She comes to you with a smile, pretending to be all friendly, congratulating you on your commencement. Then she asks you for a small favor, to fill up a survey for her as part of the alumni network. Although she's dressed up in a quite wealthy and neat manner, her real motives are in fact not as innocent as how you think it might be." 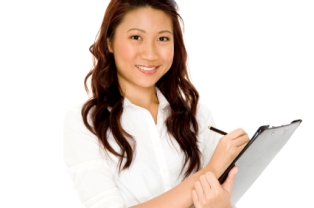 Working part time for NUSS (National University of Singapore Society) for the past few days during the NUS commencement/convocation/graduation ceremonies has led me to make a lot of interesting observations. For starters, graduates love to take photo. They will stay for hours at end to take every shot possible, be it with the stairs, throwing their hats, the good ol' jump shots and things like that. But it's understandable, considering the fact that graduation is a once in a lifetime thing.

The other thing that I notice about the commencement ceremony is that graduate's personal information is like a treasure trove. I say this is because for the past few days, I've been noticing dubious people going around asking the personal information of the graduates in the pretext of doing a survey or research. Unlike us who are under the employment of an official organization, these surveyors come dressed as one of the crowd, without a proper identification with the purpose of blending in to the crowd.

Before this, I've read before on how information is now considered as an asset in today's digital era and how databases of our personal info can be sold for money to oganizations for the purpose of spam, telemarketing or even shadier purposes. However, I never realize how true is this until I saw it with my own eyes today.

Unlike us, who have an official lanyard, name tag and a clipboard showcasing our oganization (which is NUSS in my case), these people attempt to hide their forms in laptop bags and gadgets like iPad so they do not stand out from the crowd. My boss says that they're most likely from insurance companies or telemarketing companies and that their presence there, unlike us, are illegal. I've seen security guards catching one of the surveyors before (who from the looks of it appear younger than me) and they're constantly on the lookout for these people because illegal data mining is a crime.

Which makes me wonder how much it is really worth to obtain such information because these people were willing to risk a lot just in order to collect the graduates information. I've personally tailed one before to see what they're doing, and found out that while trying to act friendly with the graduates, they're also constantly looking around to check whether their identity is in danger. To be willing to risk so much would mean that they are probably paid a lot for doing this type of work which in turn would mean that the personal information of a graduate does not come cheap. 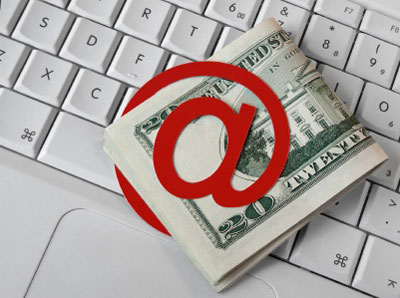 Sadly though, from what I observed, these people can gather even more info than me, although they might not have proper identification and just outright dubious. While NUSS goes by strict policy to not simply share the information of the graduates out and god knows who these people work for, the majority of the graduates are still more willing to give their info away to these people rather than a legitimate organization. Which begs the question, how much effort are we putting in to guarding our personal info anyway?

From what I observe, if you don't want to be receiving random calls or spam emails whenever someone walks up to you and ask you to fill up a survey form, here's a few tips you can follow in making sure that your personal info stay safe:

#1 Use bogus emails and phone number when filling up the form. Or a decoy email that you designate for non-important purposes


#2 Always ask how are your personal info like phone number and email is going to be used. If it sounds suspicious, refer to #1


#3 Observe the survey taker. Is he/she acting in a suspicious manner? Does he/she have any identification (nametag, lanyard, card) that points to which organization he/she is from? If they don't have, ask for it or any prove to verify what they/re saying. Knowing where the surveyor comes from allows you to decide whether the organization that they represent can be trusted with your information. It also allows you to get back to them should your information is abused


#4 Ask for the surveyors own information. If they hesitate to give it out, you know something suspicious is going on


In our age today, where we're constantly being connected, our contact info is now one of our most important asset. Once it's abused by irresponsible parties, we'll be in a lot of annoyance. Know how to keep them safe and personal. Do not simply give out your contact info based on the impulse of the moment. Once information like your phone number is shared, it's hard to get it back.

Also, it saddens me to see that I'm a much worse surveyor than those bogus people. Perhaps I should really just stick to blogging