Having a blog that is quite popular can be fun (I say quite because I'm not there yet). You get to attend a lot of stuff, get to know a lot of people and win a lot of things too, if you're lucky or hardworking enough. There's a lot of opportunities around if you're quick enough to grab them and if you've been reading lukeyishandsome(dot)com for some time now, you would have realized that Lukey is one blogger that tries to seize any opportunities that comes his way (most of the time).

However, nothing perfect exists in this world and one downside of maintaining a not so low profile blog is that most of the time, I can't really write what I want to write because normally what I want to write are my observations of life that will most probably offend people. And there has been countless times when people come up to me and advise me on the topics that I wrote, saying things like that post of mine isn't really appropriate to be posted on the web.

Which is why I admire Xiaxue so much. Because I'm sure that there's a lot of people who go up to her and say stuff like she shouldn't write this and she shouldn't write that but in the end, she still write to her heart's content and is not afraid of the people that will go after her. If only I have a courage like hers.

But I don't. So I'll probably give you a handsome picture of me instead. 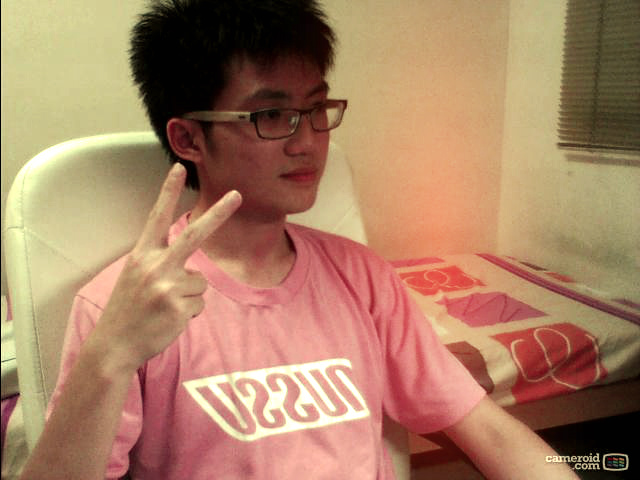 Okay, not really handsome actually, because as le gf puts it, I'm never handsome with my glasses on. But then again, handsome is in the eye of the beholder. As long as you think that I'm handsome, it's more than enough already.

Will be attending the gala premiere of Disney-Pixar's latest movie, Brave, with my gay buddy Xian You tomorrow and will be blogging about the Singapore Blog Awards soon too. Stay tuned!