One video. That was all it took to propel Laina Walker, or better known as Overly Attached Girlfriend, to meme status overnight. Her video of her singing about her being over-protective over her boyfriend has had more than 18 million hits worldwide and has caused her face to appear all over the internet.

Here's the video if you have not yet seen it.

I feel kinda jealous of her though, to be honest, because while one video was all she needed to be famous, I'm still writing countless posts, taking numerous pictures and doing lots of stupid stuff just to be like her, to no avail. When it comes to being successful, sometimes I think that it all boils down to one lucky break.

That lucky break can come at different times for different people though, for Laina, her lucky break came with just one video while for Lukey, he's still waiting for his, despite having tried countless times and is still trying for his lucky break. I starting to feel as if that perhaps these lack of success could be due to the Overly Attached Girlfriend preventing me from getting my own lucky break. 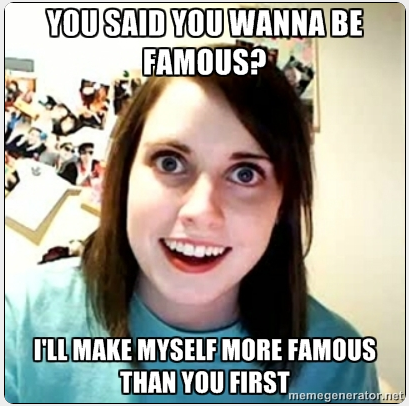 Okay, just kidding. I guess it's just different for different people. Maybe I could go do a video of mayself making some funny faces (preferably handsome ones) and hope that someone from Reddit, STOMP or 4chan picks it up and turn me into a meme. But how shall we call him? Ridiculously Handsome Lukey? Something like the Ridiculously Photogenic Guy? 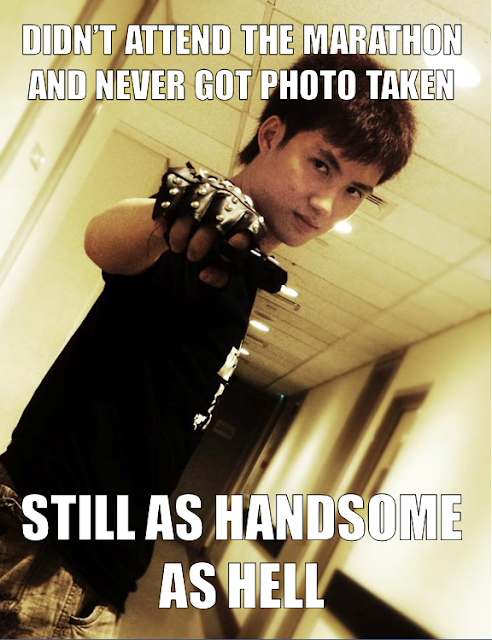 Or I'll end up as the Incredibly Narcissistic Guy.

Speaking of videos, I still need to do my Singapore Blog Awards Eco video. Hmm...