After days of procrastinating, working part time and squeezing my mind, I finally had time to get my Singapore Blog Awards 2012 video submission done. As per requirement, the video is based around the theme Eco and I chose to shoot it entirely using the HC-V500 Panasonic camera just to test out how it feels, and also because it was lent to me.


Instead of doing a short film that I initially have in mind, I decided to give it a more personal touch because well, it's is a blogger related video after all, and it wouldn't make much of a sense if I just stayed behind the camera. Hence the v-log feel.

Enough of introduction though. Let me present to you Lukey's "Every Second Counts" Eco Themed Video!

The video is based on a really simple concept actually, and that is every small action counts when it comes to doing something for the environment. Be it turning off your lights and fan for a few minutes, unplugging your charger or throwing the can of coke that you have just drink into the correct recycling bin, it makes a difference. Although the effects may not be visible to you, if you have done it a thousand times or if a thousand other people is doing the same thing, the effect is gonna be big.

All you need is just one small action. And besides, all big things came from a small start too.

Hope you enjoyed watching the video though, I know it's not exactly much of a great quality because it's pretty much a one man one camera show, aside from my two friends that appeared as a favor, and maybe for my next video assignments I need to get help from more people already instead of going solo always. le gf says it's not good to overdepend on myself.

But that's another topic for another day. I guess with that video, Lukey is finally going green! So green that I've turned into the Hulk myself. The Hulkey. 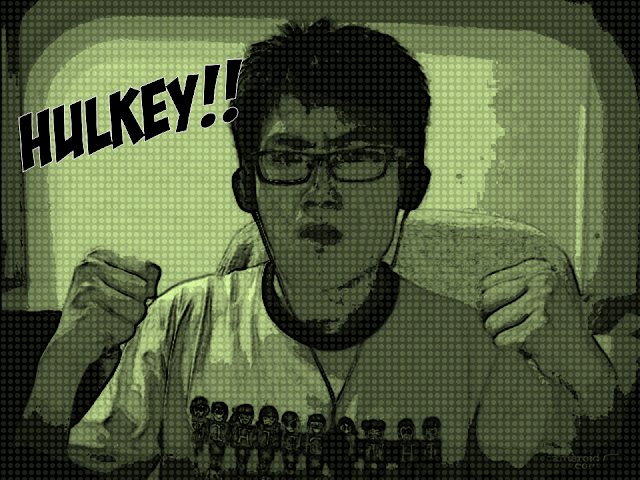 Okay just kidding. To be honest, doing this video makes me wanna do something for the environment too. Don't want to be someone who just talk with no actions, right? And in the meantime, do check out Panasonic's Eco Video page. They have tons of videos there in addition to mine. Til the blog awards ceremony, bye!