from a #dota2 creep

Like many gamers out there, I've had a long history with DotA. Since first touching it back in 2005 or 2006, I've lost track of the hours that I have spent as one of the many chosen heroes battling to defend my ancient while bashing enemy heroes to pulp. In fact, since the first official release of DotA 2, I've clocked in more than 334 hours playing it. That's like 13 days straight if we put it back to back?

While the DotA gameplay isn't entirely about the storyline or plot itself, after all, the most you'll get about the history of the conflict are from the heroes descriptions, sometimes I can't help but to take notice of the small little details that people may not notice in the game itself, for example the life of a normal footsoldier in the game, or better known as a creep by us the players.

If I were a DotA creep, this is I would imagine its diary to be something like this:


After months of preparation and training, the day that me and my comrades have been waiting for has finally arrived. Command sent word on our mission today and our objective would be to take down the enemy's Ancient deep within their territory while simultaneously defending ours.


While the objective sounds pretty straightforward to us, the instructions accompanying them seems quite peculiar to me. Command states that aside from the soldiers of our battalion, we would be joined by five different heroes who according to them,"Has had numerous battlefield experience" and "Possesses extra capabilities that would further enhance our chances of winning". We were never notified of them though and I've never seen any of these so called "heroes" before. What are their motives anyway?


What's stranger still are our orders itself. While battle tactics since the beginning of war have emphasized on versatility, there's none of it in our battle plans. We are basically sent out in waves and ordered to strictly march according to a single line. Furthermore, if we were to engage any enemies, we are not allowed to retreat and we are to keep  marching on until either every single one of us in that wave dies or when the enemy's Ancient is reduced to rubble. And even if we're being hit by the enemy defenses like their guard tower, we cannot back down or figure out an alternative to take them down, we are required to adhere strictly to our orders and keep on pushing through as if we're some mindless robots like that.


It all seemed a bit tad cruel for me, and brainless too, so I asked my commanding officer wouldn't it be better if we send two small battalions to guard the two entrance to our base while we focus our forces attacking on one lane. His reply was for us to merely depend on the five heroes to do their job. All we have to do is to keep marching on.


It's like WTF man? How come the five heroes are allowed their own liberty to do whatever they want (heck they can even roam around and not march in a straight line like us) while we're being treated like some cow fodder like that. After it is us who have been training for the longest time for our cause and it is us who have the most to lose in this war. And yet they are banking on everything on the five so called "heroes". Aren't we, the normal soldiers, sentient beings too? Where's our rights as soldiers?


I've tried reasoning with command but no matter what I said, it just wouldn't enter their ears. The orders are still the same. Leave everything to the five heroes. We are there just for the decoration at best. I think if I die, I would throw all the money I have to the enemy heroes. This would teach command a lesson for not taking us footsoldiers for granted. And I sure hope I would be one of the last few waves to go out. Just to increase my chances of surviving. Not to forget not meeting any enemy defense towers at the same time.


And I also happen to be a tree. 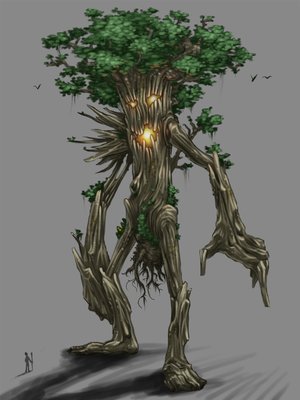 I'm sure Karl Marx would have a lot to say about the oppression of creeps in DotA. Maybe we should have a creep union to fight for their rights too. After all, don't you think it's a bit cruel for them to be sent to their death mercilessly?