Thanks to Disney Studios Singapore and Nuffnang, I had the chance to attend the gala premiere of their latest movie today, Brave, with my long lost gay buddy Xian You. His been missing for a while now since le gf appeared but for today's post, there's a special appearance of him!

In conjunction with the gala premiere, Disney also had a booth with Brave themed games at the entrance at the Cathay and since both me and Xian You were there early, we decided to check it out!

As you can see, there were a lot of people already in that place with a lot of Merida (she's the main character) look alikes walking around helping us with the various activities they have to offer. There were tug-of-war competitions, photo booths, Wii games and even a bagpiper to give the entire place a Viking feel that is portrayed in the movie.

Being the gamers we are, me and Xian You decided to give the Wii games a try to see whether we can match up to Merida's archery skills or not. 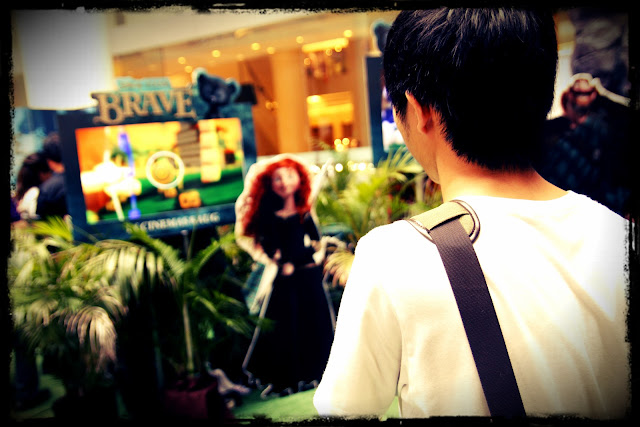 Turns out we have 0 talent when it comes to archery, even on Wii.

After our embarrassing experience with trying to shoot arrows, we decided to give up and went up to wait for the movie to start instead. This time round, I was very surprised to be given passes to the 3D because normally all the movie premieres are in Digital. Disney Studios Singapore is really awesome. Thanks!

Enough enough of the pre-movie talk for now, let us get to the highlight of the day, the handsomely review of the movie! 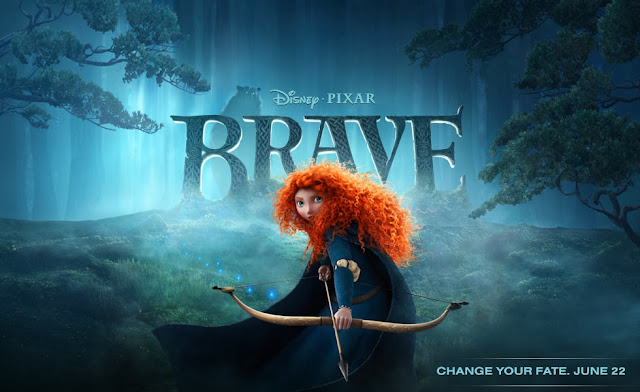 To be honest, Brave is like any Disney-Pixar movie. In two words, family oriented. I don't know if it's because I watched too many Disney-Pixar movies already but the whole plot looked really familiar to me in general. It's about a girl/boy who is struggling to fit into a place where she/he is not accepted by the norms, something bad happens, the main character screws up and has to fix the situation, which she/he ends up doing eventually (while learning something valuable along the way) and everything ends up happily ever after. It's a tad too predictable, if you ask me.

Aside from that, I also feel that the film is more tailored to children and girls rather than guys. There's minimal violence in it and the whole movie is filled with kiddy jokes and cute stuff here and there, for example Merida's triplet brothers. The story also focuses a lot on the relationship between Merida and her mum, which in a way makes it hard for people like me to identify with the story. It almost feels feminist in nature. Men were largely relegated to supporting and passive roles in the movie, with almost all of them being portrayed as either vicious, indifferent or downright crude.

However, with that being said, Brave isn't an an entirely bad movie. After all, being Pixar's movie, it provides light hearted entertainment here and there and if you're looking for a movie to watch with your family, you might want to consider this. But if you were to compare it with other Disney-Pixar movies, it doesn't really live up to the standard set by its predecessors.